Go West, young men! That should be the motto for the NBA’s newest stars in Portland center Greg Oden and Seattle Sonic forward Kevin Durant. I cannot blame the Blazers for picking Oden first. After all, he is a bundle to work with at seven feet and 250-some odd pounds of fury. But I believe in some ways it’s easier to find seven-footers that can at the very least rebound and block a few shots. Shucks, the Chicago Bulls in their heyday had a three-headed monster at the pivot in Bill Cartwright, Bill Wennington and Will Purdue. It was almost as if what one couldn’t or wouldn’t do the other two would.

But just like Magic Johnson at 6-feet-9 was a freak of nature at point guard and Larry Bird was out of this world with the same size, the things that the 6-9 Durant can do at aren’t common. No, I’m not anointing Durant the next Bird or Magic. But let’s face it, folks… This guy has got something special with him.

Durant isn’t just talented at his size. He’s gifted. And gifted with a construction worker’s work ethic, which will make him all the more dangerous once he learns the nuances of the pro game. But with the way athletes train nowadays, I don’t suspect the physical part will be that hard for him. And so what he couldn’t bench press 185 pounds? It’s not like Seattle is looking for a bodybuilder.

Now a few of the Sonic moves are leaving me just a tad baffled, so you have wonder if there are other moves coming down the pike. For one, they are well overloaded at the small forward and point guard spot and barren at the two guard. If you pencil Durant in at the small forward spot and Chris Wilcox or Nick Collison at the power forward position, perhaps Robert Swift in the pivot and Earl Watson or Luke Ridnour at the point… Who plays the two guard? With Ray Allen dealt in the draft day trade with the Boston Celtics that brought back small guard Delonte West and forward Wally Szczerbiak, there is a gaping hole there. Rookie forward Jeff Green is a forward and Damien Wilkins is a swing player, but his shot isn’t nearly as deadly as Allen’s to keep defenses honest.

So it will be interesting to see just what Seattle is up to. 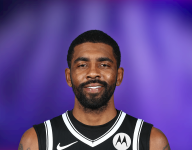