The NBA will overcome Donaghy

The NBA will overcome Donaghy 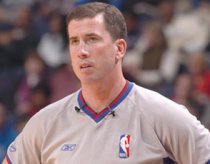 I never once in my 17-year professional career thought officials were purposely affecting a game for their own benefit. Now don’t get me wrong, I did have my favorite officials and I had others I did not want to see at game time because in my competitive athletic mind I did not think they liked me. Or maybe the sight of them brought back bad memories from previous games.

I have to say what Tim Donaghy has done is extremely disappointing. I know how hard it is to train and bond as a team and to now know that an official was purposely affecting games really hurts.

Sports in our society right now are taking a major hit. From the Barry Bonds accusations of steroids to the multiple arrests of athletes in all sports to Tim Donaghy. I even heard an assumption that golf should drug test. Hmmm, I wonder why? Is it because a certain minority individual is flat out dominating a game that did not allow minorities for years? So there must be an advantage!

Do you see where we are going?

As a society, we have mixed the good with the bad because we are at a point where we trust nothing. We need to stick with the obvious and continue to follow the laws of our country, which say innocent till proven guilty.

Tim Donaghy has admitted guilt and I hope he is punished for committing a terrible act.

I live in Phoenix and work for the Phoenix Suns and I can’t stop thinking if Donaghy affected an extremely close Game 3 of the Spurs-Suns semifinal series.

This is what we have to deal with as Donaghy goes through his due process. And Spurs fans who already are dealing with winning a championship during a lockout-shortened season in 1999 and this year catching flack for the Robert Horry flagrant foul that led to Amare Stoudemire and Boris Diaw being suspended for Game 5 will now have to hear about Donaghy’s last career game and how he called a foul 3 to 4 seconds after a shot was missed by Manu Ginobili.

Is this fair to San Antonio? Not at all. They did not know what advantage they had in reference to Donaghy. If he indeed was affecting Game 3, I guarantee no Spur player said, “Wow, that ref is trying to help us win.” They played the game hard as usual and accepted the calls as they came about and won a close game. The Suns moved on as well and accepted the loss. That’s what you do in sports – you move on. And that is exactly what the NBA will do.

I hurt for the rest of the officials right now, because they will catch the brunt of what Donaghy leaves behind and all I ask is for the fans to not throw stones.

I once heard a quote from an important person in my life – my pastor.

He said people who are “perfect” and have led exemplary lives can throw stones. He asked those people to stand up in a place of 2,000. No one stood up.

His point was this… The only difference between people who have gotten caught doing something they did wrong and you, regardless of the severity of the act, is they got caught and you didn’t. At least not yet.

Tim Donaghy got caught and he will eventually receive his punishment. The other officials in the league have not been accused of anything and they should not be the object of anger from fans because of one man’s greed and selfishness.

We must move on from this and accept Donaghy no differently than the crooked investment firm that stole hard-earned money or the crooked doctor that charged double and did a terrible job to boot or the teacher that gave you a bad grade because she or he did not like you. Why? Because we still need these important facets of society and so we have to trust the next one. Donaghy is no different. He was a bad apple in the bunch. The NBA will move on – as will the NFL. MLB, NHL and the PGA – and will continue to provide us with what we long for every time we turn on the television or attend an sporting event – fairness, excitement and entertainment. 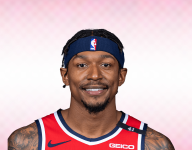