Philly moves to the front

Philly moves to the front 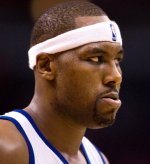 The Los Angeles Clippers, Golden State Warriors and the Philadelphia 76ers all made moves the last week involving free agency. The winner in a landslide if Elton Brand stays healthy will be the 76ers.

The Clippers went from possibly becoming a big-time player again in the Pacific Division to assuming their normal spot at the bottom because (again) they could not hold on to their best player. It was thought that Brand was opting out to give the Clippers room to sign Baron Davis and re-up soon after. Something obviously got in the way of this occurring and now Brand will be on one of the most dangerous teams in basketball.

We will hear all types of reasons why the deal couldn’t get done from both sides, but it is all a smoke screen. The reason Brand changed his mind is simple… He got a better contract than he expected after missing most of last season, he got closer to home and the 76ers are very good in a weak conference.

I believe he wanted to play with Baron, but this was too good to pass up – similar to Carlos Boozer going back on a promise to stay in Cleveland and then signing with the Utah Jazz.

The Clippers are now left to suffer and scrambling to figure out how good Baron Davis will be now without the 20-plus points and 10 rebounds Brand would bring. I believe the Clippers went from being possibly a 50-win team to a 35-win team in a matter of days because of this shocker.

They have good players in Chris Kaman and Al Thornton, but they are not the consistent offensive players Davis will need to take pressure off of him. If the Clippers fail to find a scorer on the free agent market or facilitate a trade for one, Davis will struggle all year because defenses will make life extremely difficult for him.

The Golden State Warriors have been the most exciting team in the league the last few years with Davis and now they will find out life will not be so grand without him. I truly love Don Nelson and his ability to find ways to score and be exciting. But Davis not only was the catalyst: He was the heart and soul of this team. Stephen Jackson and new acquisition Corey Maggette will find out in a hurry that Monta Ellis is not Davis. Ellis is a scorer not a distributor and that’s why the Warriors will struggle all year long with consistency in taking care of the ball.

I am also trying to determine how Maggette fits in with the Warriors when they already have a plethora of 6-foot-5 players that slash and run the floor. I understand he was the best unrestricted free agent left on the market, but the Warriors should have looked to add a point guard and possibly make a run at Josh Smith.

Smith thought he was in the cat bird seat with the Sixers until Brand showed interest and, poof, he lost out to the one piece the Sixers really needed to secure a deep run in the playoffs next season.

The Sixers were the most exciting team after the All-Star break last season and they have now solidified themselves as the team to watch next year. Maurice Cheeks put down his playbook last year and allowed Andre Miller to run and have fun and it worked. They have some of the best young talent in the league in Andre Iguodala, Thaddeus Young and Louis Williams. They have one of the best shot blockers in Samuel Dalembert. They have a Dennis Rodman type in Reggie Evans. Miller is definitely one of the best all-around point guards in the league. Now throw in Brand and the Sixers should definitely push the Wizards, Magic and Cavaliers for one of the top four seeds in the East next to Boston and Detroit.

I am left still trying to figure out why the Clippers are so snake bitten. Donald Sterling has opened his wallet in recent years and this team still gets bad breaks. Well, I hear Vegas might be for the taking and why not. This organization really needs a lucky roll of the dice soon! A change of scenery again might be the ticket. 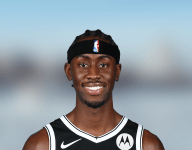