Coming out a hard thing to do

Coming out a hard thing to do 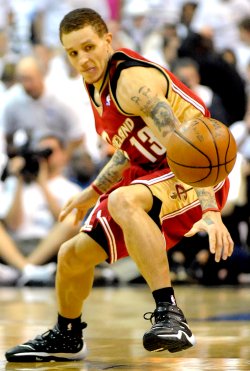 Delonte West didn’t say it when he returned to the Cleveland Cavaliers last week after a leave of absence to treat the effects of depression and mood swings.

But he, like Vin Baker and Kendall Gill and Dennis Rodman and Brian Williams and Ricky Berry and Chamique Holdsclaw and Jason Caffey and many more-and many now still reluctant to come out of their dark closet-believe they know what people are thinking, really, what most of their coaches and teammates are thinking, if they acknowledge suffering from depression.

“You’re making $4 million and you are professional athlete. It’s the American dream. And, oh, by the way, the country is going into the crapper and people are losing their jobs all over the place and they’re losing their homes and their retirement money and they can’t get health insurance. And you’re depressed! I’d gladly be depressed for $4 million a year. Gimme a break!”

A break is what they want, and what they need, but what is so difficult to get from the doubting glances, the stigma that still goes with it in society in general. And especially the macho world of professional sports. The general notion is athletes get compensated so well and everyone would want the jobs they have, so they have to put up with the booing and pressure and demands and public critiques. C’mon, it’s $5 million or $10 million. Or more. Per year!

Though I’ve often sat courtside with fellow reporters and asked them to work with maybe 20,000 people behind them yelling, “Verb, verb, verb you idiot!”

But it’s way more than that.

There are all sorts of theories about mental illness in athletes that include the stress to perform they are under along with the scrutiny that goes back to high school days, the vagabond lifestyle of living on the road or being traded that removes the solid home foundation, childhood trauma, like Chicago prep basketball player Leon Smith who was a ward of the state and lived on the streets at times, and head injuries from playing active sports.

But it’s not so easily identified.

Those dark moods, feelings of helplessness, inability to perform are also tied up in brain and chemical reactions in the body that don’t come up on your handy MRI.

A few years ago John Amaechi, who played for the Orlando Magic and Utah Jazz, announced he was gay in a book that described what he said were the prejudices against him by fellow players and coaches because of being gay in the macho world of professional athletics. I have no doubt there were some incidents. But I’d suggest “coming out” as a depressed man or woman in pro sports is as difficult or more so because there doesn’t appear to be any behavioral difference. Sometimes someone seems just to be acting like a jerk.

You know what, the heck with him!

Gill experienced that when he was with the Seattle Supersonics. And here is a really, really tough guy and true gentleman. After Gill’s NBA career ended, he became a professional boxer. He is a martial arts expert. There is rarely a room he’s been in during his life in which he wasn’t the toughest guy, if also often the most gentle.

But he was sleepless in Seattle.

He took a five-day leave from the team after suffering bouts of insomnia and overwhelming anger as he says his coach continued to mock and bertate him for his dark, moody behavior.

”Just when I thought I’d gotten out from that cloud of being labeled the guy who wasn’t happy, George (Karl) would push me right back,” Gill said after being traded to New Jersey. “Have you seen ‘Godfather III’? Al Pacino had paid all of his business partners off, then right after that he says, ‘Just when I think I’m out, they pull me right back in.’ ”

West talked about similar feelings on his return last week, inexplicable anger toward a referee in a team scrimmage and self destructive behavior. Like many athletes with similar issues, West told Cleveland reporters the playing was the easy part.

“You kind of hide behind the personality that’s created by the fans or the media,” he said. “But we’re still people, too. Besides the fame and the finances, you still have to deal with emotional and family situations on a daily basis just like everybody else. In the gym, I’ve always found peace.”

Ever hear the old cliché about money can’t buy happiness.

It probably was said by the first celebrity to suffer from depression.

Though it’s probably more difficult in sports to admit it and have it understood.

Such was the Super Bowl mystery a few years back when Barret Robbins of the Oakland Raiders took off on the day of the Super Bowl and later was openly condemned by some teammates. The gregarious football analyst and former star quarterback, Terry Bradshaw, has talked openly about his inability to cope away from the game unt il taking medication for depression. Miami running back Ricky Williams left the game and was treated for a social anxiety disorder.

The problem athletes often have is peers cannot accept that failure to cope. Sort of when the going gets tough the tough get going kind of thinking. C’mon, man, snap out of it and play, they’ll hear, or expect to hear.

So they usually don’t say much.

Often there is a burial in harmful substances, like drugs or alcohol.

Baker was a four-time All Star with the Milwaukee Bucks and Seattle Supersonics and was widely known around the NBA to have a drinking problem. Coaches, teammates and management blamed him and his staggering career when the alcohol abuse continued. At points, Baker even tried to say he suffered from depression and alcoholism wasn’t the biggest problem. Eventually, he received treatment. But his peers could identify and understand alcoholism better than depression. They could see a drunk guy. No one could see a brain out of control.

Often we dismiss it as merely erratic behavior or a “goofy” guy, like Ron Artest or Rodman.

But it’s an illness that shouldn’t be seen as weakness of character or treated like a cold that will eventually go away, according to the National Institute of Mental Health. People who suffer from depression cannot merely pull themselves together and get better without treatment.

There was Berry, a promising forward for the Sacramento Kings, who committed suicide at 25, Brian Williams, later known as Bison Dele, who walked away from a lucrative contract at 30 and later was believed to have been murdered by his brother, who then committed suicide and Bill Robinzine, who played mostly for the old Kansas City/Omaha Kings and committed suicide.

I asked an NBA coach about this the other day and he didn’t have any good answers.

“More and more players are suffering from depression,” he said. “They just don’t get treatment. Then they get down and start (blaming).”

I’m not sure I have any good answers, either. We like to belittle and make fun of erratic or unproductive behavior in sports. It’s not always depression. Some of them are jerks and slackers. But some are hurting, and I wish there were an MRI for that. 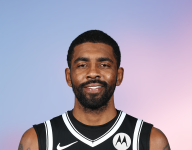