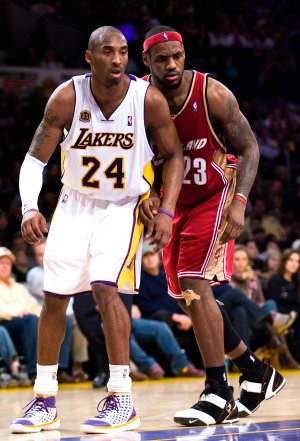 A new NBA season is upon us and we have no idea who will win the championship. There’s a reason why… We have an abundance of teams that are more than qualified – like the Lakers, Hornets, Spurs, Jazz, Rockets, Mavericks and Suns in the Western Conference. The Eastern Conference might not have as many powerhouses as the West, but there still are plenty of qualified teams. Cleveland, Detroit, Orlando, Philadelphia, Toronto and Atlanta all proved last year they can be tough opposition come playoff time to try to dethrone Boston.

Boston is the favorite until someone beats them and the Lakers are the favorite in the West, especially with Andrew Bynum back in the lineup, but I don’t want to focus on teams this early. I am targeting players and where they rank coming into this season.

Here are my Top 25 players in the league and my reasons for ranking them.

The most versatile forward in the game. Shawn gives a team a little of everything and a lot of solid defense. Underappreciated for what he brings, he will command a ton of attention at the trade deadline if the Heat can’t reach a contract agreement with him.

The guy is a winner and a competitor. Definitely the best foreign player in the league when it comes to effectiveness in clutch situations. Led the Spurs in scoring and carried them in crunch time. The most disliked player in the league on the road due to his playing style… But every team would love to have him.

The key for Tracy is to stay healthy. I wonder how committed he is in the weight room. Body has not changed much during his career, which is a negative. Definitely one the best scorers in the league, but on-the-ball defense will be huge for Houston this year. He needs to back off on deferring to the three-point shot. I always felt he is a mid-range shooter and that’s what the Rockets need him to be.

He has great leadership abilities, but I think he has to step it up even more. He seemed to get along with ex coach Flip Saunders, but allowed his teammates to step out of line too often last year. I think at times he’s a little too unselfish because he is the best scorer on the team with his ability to get a jump shot or drive to the basket at will. I expect more this year to validate being 21 on my list.

Gilbert Arenas will have to take a back seat to Butler when he gets healthy. He has become the heart and soul of the Wizards. He has an ability to create shots when none seem available and his jumpshot has improved every season. A true warrior who has battled injuries the last few years.

When healthy, he’s one the best power forwards in the game. The Sixers now have one of the best post players and screeners in the game. Brand has a lot to prove this year and eyes will be on him all season long, but he will prevail with consistent offense and sneaky shot blocking ability.

I will not believe Davis leaving Golden State was on his own accord. The Warriors are going to suffer without Davis and the Clippers will be rewarded. He has the most underrated on-the-ball hands in the league defensively. And we all know of his ability to change the opponent’s defense when he has the ball on the perimeter or the post.

Quite honestly, in my opinion he is still the most dominating presence in the game today. He changes the game when he is on the floor and that makes him still one of the best players in basketball. People tend to talk about his commitment to staying in shape, but look at it this way… How many big men like Shaq have lasted this long? Zero. Give him credit for maintaining what he has with that massive body. Stanley Roberts, Benoit Benjamin, Oliver Miller… No, not great players like Shaq, but they could not stay in shape because of the bodies they had. He will produce some big numbers at times this year with the Suns slowed offense.

A combination of finesse and power. A tremendous offensive rebounder and finisher around the basket. Anthony would be higher if he developed better leadership abilities and trusted his teammates more often on the court. He will definitely wind up in the top twenty in scoring when his career is done, but championships will elude him if he does not continue to improve his overall package.

Please find me someone who can stop him from getting to the basket?  You will not find that person. Speed and underrated strength allows Parker to get in the paint and complete shots. Parker is a true winner and is the most dangerous penetrator in league history.  His jump shot in the two-man game with Duncan has made him a true force.

His nickname is The Truth. Well, true it is. He has an uncanny ability to score on anyone off the dribble or in the post. He loves contact and is definitely one of the best go-to clutch players in the league. His leadership qualities really came to light during the championship run. That has elevated Pierce among the greats in Celtic history.

The toughest player pound for pound in the history of the league. A medical marvel that never runs out of energy. I often wondered if Iverson would last five years in the league, but I understand now why he has endured. He was one of the best quarterbacks in the country when he decided to focus on basketball and now we understand the ignorance to pain when it comes to him. He is downright relentless and a joy to watch.

Every time I see Steve Nash I ask God why couldn’t I have been born 10 years later. Nash is the most unselfish player in the league. He honestly dislikes taking a bunch of shots. His enjoyment comes in the form of an Amare Stoudemire or Shaq dunk or a Raja Bell three-pointer than actually scoring 20 points a night. That’s why he won back to back MVPs  and that is why he is still one of the best players in the league. Nash will be counted on to use that stroke more this year because he will play off the ball more than usual. That’s a great move because he is the best shooter in the league.

He is the best shooting big man in the league, but needs to improve individual leadership on a team in need of it. He also has to stop deferring to the three-pointer and become more assertive around the basket, which he can do with ease. (I apologize to Dirk and all Maverick fans for the oversight. He clearly belongs on the Top 25).

Williams will do something unheard of in Utah if he continues to improve every year. Yes, I will say it… Make people stop thinking about John Stockton. The Jazz are right back at the level Stockton left when it comes to a point guard that leads and produces victories on a consistent basis. Williams is definitely the strongest point guard in the league and equally as smart when it comes to making decisions in a Jerry Sloan offensive system.

Would be higher if he could just stay healthy. I mentioned a few years ago that he would not last long in the league if he continued to hit the floor 50 times a game. Wade was fantastic this summer in the Olympics and showed me that he could possibly lead the league in steals. He has really gotten himself into great shape so I expect him to get back on track to becoming the great player we all expected him to be when he led Miami to a title.

Reminds me of Bill Cartwright, but athletic. I would be terrified to guard him because his body seems to be going in twenty different directions when he attacks, but it works and gets him to the free-throw line consistently. Now with Jermaine O’Neal beside him, he should take off even more. He really needs to develop a go-to move inside and stop trying to incorporate a thousand moves, which I think gets him in trouble at times.

Can be as good as he wants to. He has the body to maneuver anywhere he wants to on the court and that is huge at this level. His rebounding ability and presence on the court alone warrant Howard this spot. Must improve free-throw shooting if he plans on moving up any further.

The most feared power forward in the game because of the embarrassment factor. He is what I call “dirt strong” and it’s deceiving because of his slender build. His shooting stroke is picture perfect and consistent.  Terry Porter‘s new offensive system will allow Amare to get more post-up opportunities, thus improving his trips to the charity stripe, where he hovered around 80 percent all year. He should average 25-plus points again this year and improve defensively.

Injuries cost Yao last year, but before he left for the season he was playing like the best center in the league statistically and one must wonder if Houston would have broken the Lakers’ 33-game winning streak if he did not go down at the beginning of it. He is difficult to guard when in top shape. I expect him to have a great year leading the Rockets deep in the playoffs. Ron Artest will keep him from picking up cheap fouls with his great one-on-one defense.

Kevin is the here because he finally got a chance to combine his talents and leadership with All-Stars Paul Pierce and Ray Allen. He is the most persistent player I have ever seen. I have never seen Garnett take a night off emotionally. If you have watched Garnett over his career, he is in constant dialogue with himself for 48 minutes and 82 games. That, my friends, is special in itself and now he is a champion.

This guy is pure professionalism. I would love my son to live with him for a summer. His demeanor and unselfishness with his teammates is pure gold. He could average huge numbers every year, but understands winning championships is more important. No way does Ginobili lead the team in scoring without Duncan allowing him to. Give credit to David Robinson for instilling that in Duncan.

He is here because I personally think he is the best leader right now in the NBA. He has admitted studying Steve Nash and it is obvious when you watch his interaction with his teammates. Paul is a clone of Isiah Thomas and he showed it last year. The best pick-and-roll guard in the league.

The closest in talent to Michael Jordan and in a lot of ways better than MJ. Dislike him if you want, but he is the perfect example of preparation when it comes to basketball. He is the smartest player in the league and makes the game look easy.

The best physical tools in the history of the game. He has the smarts of Magic Johnson, the brute strength and athleticism of George McGinnis and the speed of Ricky Green rolled into one massive body. I have said this since he has been in the league… If he continues to improve his jump shot, he will become the best ever. 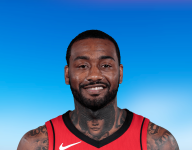