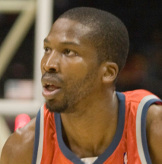 In a race, whether one walks or runs, all finish at the end. Sooner or later I had to learn what doing bad things to others would cause. Whether I learned it earlier or after death, I would have learned it. It would have been nice to learn it at, oh I don’t know, around 10. Yeah, 10 would have been a good age to learn it. But as it stands, it took a bit longer. That’s neither here or there. I try not to look back very often and absolutely love living for today.

Today I am still in China… Waiting for tomorrow. Ha! You have to experience a game in this league to really appreciate why I say that. One day, I’d love to discuss the fine points of basketball and its utter decimation in certain places. I’d love to brag about my numbers over here but I have some pride. I would say the only thing I concentrate on as far as individually, to apply my desire of self-betterment in this sport that does so much for me, is my field goal percentage. I couldn’t care less if I averaged 80 ppg here. However, when my 3P% is under 42, I am in a bad mood until it’s back up. So as far as basketball is concerned… that’s all I got.

You are more than welcome to check out the CBA website to enjoy for yourself but no one there considers it worthy to give readers an English viewing option. So good luck deciphering Chinese and enjoy!

Now, to the juice. I got texts from every fellow hooper I know, NBA staff people, family I haven’t heard from in months and Bugs Bunny all asking the same thing: WTF?

It came as a surprise to me, because people heard about it about two weeks after it happened. So by the time I saw it was reported everywhere even in Nigeria, I had forgotten it happened. In case anyone is totally baffled, I’m talking about the apparent attack on poor me by Chinese team captain and some of his boys. Seriously… It wasn’t that serious. I think the biggest guy might have weighed 180lbs. OK, I was trying to make it juicy…175lbs.

Anyway, I could give you tons of guesses about what spurned Super Mario and Pals to wait for me outside my locker room but I’m sure your guess would be as accurate as mine. Quite honestly I’m not totally sure. So rather than speculate on the causes, I’ll just give detail by detail the happenings and my thoughts in the middle. I can’t really give you the  comical G-money version cuz I might just get detained. Why am I here? Sorry…

I come out of the locker room and take my 1-year-old girl and my 5-year-old off my wife’s hands and leave my wife, mother-in-law and 3-year-old walking behind me to leave the arena. At the exit I see Shanghai’s seemingly entire team and Mickey Mouse waiting at the exit and looking at me as if I handed them a $1,000 dinner bill. Now, I remember getting into it with Minnie on the court. But I would hardly call it an altercation. I’ve had worse altercations blowing my nose.

Anyway, to avoid any issues with the fam there, I asked if they were waiting for something. I guess their English wasn’t that good. Because they took it as their invitation. I really thought it was a joke. You know, one of those European soccer belly bumping shows of testosterone? Then, when a full water bottle was hurled at me but my son ducked (lucky man; I don’t mean my son), I immediately handed him and the baby over and dropped my bag. I directed the fam back into the arena away from Mickey and friends and faced the fun bunch.

Now, initially there were guards and they parted like the red sea. Cool beans! This ought to be fun… Thanks, guys. 50 guards… 15 Shanghai Sharks. The guards should have been charged admission. OK. Now it’s me and them. Mickey to my left, Huey, Duey and Louis in center, Minnie and Scrooge to my right and Goofy and his friends in back. My first instinct was to absolutely shatter Minnie’s jaw. I mean, she was standing a perfect two feet from my right hand and if I was going to get jumped, I figured someone might as well be mortally wounded. But then I remembered. I’m in China, where if you go to jail no one, I mean absolutely no one outside of a Chinese government official can get you out.

Thank God I was reminded of Chinese laws like literally days before the incident. Did you hear about the five Puerto Ricans that changed dollars for counterfeit money here in China? They are still in jail and pleas by the U.S. State Department ain’t helping. So knowing what I know and what I’ve experienced here, two things went through my mind: Stay on your feet and take it. They’re neither big or strong enough to actually injure me. And two, don’t hurt any of them.

“Well, were you in a ready to fight stance?”

No, I stuck my face out like a mistletoe and told ’em all Merry freakin’ Christmas… Kiss me.

The question I posed was, were they looking for a reason to punish me too or do you want the story?

Back to the fun… With some teaching, I sprawled back and used two of their own guys as a wall and took my deep tissue massage like a man. Head down, arms extended, legs sprawled back pushing the crowd back with two cornered walls as a base. 30 seconds and who knows how many pats to my shoulders and back it was over.

I must admit, when they first came at me, I thought they were joking. When it was over and I looked up, I knew they were joking. Well, maybe not. But it spurned a chuckle out of me. Which in turn started Mickey into a Mariah Carey Tirade. It was actually the only American teammate of their own Sharks, Dajuan Tate, that broke it up. Yes, just him. No one of them really wanted to fight me. They wanted to let off some steam.

Well, I’m glad I could be of service. I wasn’t angry, injured or distraught. My wife was angry, mother-in-law was scared and my kids are now racists. But other than that, I’m fine. To this day I still love Disney and all the shows. I hold no ill will toward them and was on record saying I had no desire for them to be punished. In actuality, I feel embarrassed for them. Mickey especially. To me, it was more insulting to him to proceed with a fight in front of a man’s kids. But you know what? That, culturally, is how we are perceived here. Remember the story I told you about the Chinese fan screaming out “yoo monkee” to Lorenzo Coleman? That’s a microcosm of the experience. One day, friends… It goes back to what I said to start this. Whether you learn now or tomorrow, we will all learn.

This blog was just the bland version of the whole flower petal shower on Gabe. Can’t really tell it how I want but I’m sure you can guess. I’ll just say this. I couldn’t get beat to hell by many more North Africans. This was funny, believe me.

For anyone who comes here, Bonzi, it’s best you learn the culture quickly. Do not give them a reason. Just to give you a picture… If you get in a local’s face, it will quickly be broken up, sometimes maliciously. But (and this is a phenomenom that has held true since I came here in 2003) if the two adversaries are American? Well, pull up a seat, let us test the girth of each leviathon in battle, ha ha ha. They will let two Americans hash it out for a while before it is separated, if separated.

My first coach here in 2003 told me he studied human anatomy in college and through his studies he learned (Bantu) people are made only for certain sports. He said, basketball, football and other power sports were those for Bantus but a sport like, “Tennis for example,” he said was made for white and yellow. I didn’t get offended. Ignorance can’t offend me. I just smiled and said, “Venus and Serena.” And he thought, smiled and shook his finger at me half embarrassed, half laughing with a steroetypical, “very good.”

It’s all good, though. Any assumptions of me getting all angry and racially insulting can go out the window. I still appreciate all cultures. If anything, the thing that offers me the most frustration is having to deal with this nonsense at my age. You won’t get it unless you experience the 21-year-old kid getting paid $500 a month that they put in to guard the 40-point scoring NBA caliber player. The kid wants to prove himself and the coaches and refs want to see their next NBA prospect play you. They can’t and won’t call every overzealous, borderline career-ending foul. Otherwise you’d score 100. So they let him beat you like an orphan panda until it gets ridiculous. Which is all good when you’re 25 and a good player. But when you’ve worked to this level of play at 30? It gets old, especially on a 2-12 team. It’s better to play in Europe. No one there wants to fight anymore. Everyone just wants to make money, play good, fundamental basketball and wear skinny jeans while saying, “bon giorno” to that girl walking down the street that you swore you saw on model TV the other day.

Unfortunately for me, my plan of signing early in Europe didn’t work out and after NBA cuts all Euro jobs are filled. Sorry, I wasn’t passing up a vet camp with Jerry Sloan for anything. So if I had to do it again, I would. Yes, I knew they had 15 contracts before I went and didn’t care. I went there for longer-lasting reasons. The Chinese say the journey is the reward. I say, that’s if you survive the journey.

Until next time, don’t boycott Disney and its characters on my behalf. It’s all good. We all know the possible results in a different forum.

JVG… You’re the man! Next time you see me, please take notice to the “Will work for Prayers,” sign on my back.