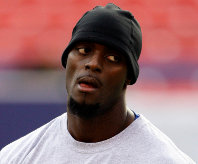 I often wonder why certain friends of mine who have wealth lust for the attention celebrities and athletes receive when they venture out into the public. Well, this is my conscience now 25 years later.  But back when I was becoming well known for my abilities in basketball, I longed for it like a drug.  Just the thought of people staring at me and screaming my name with joy gave me a sense of pride that is indescribable. Draining a game-winning shot or winning a big game or accomplishing  the ultimate goal of winning a championship can put you in a spotlight that can shine brighter than the sun. But unfortunately that’s where your problems can begin if you are not careful.

Why? Well, it is sad to say this but this world has a bunch of individuals that quite frankly do not jump up and down when you make a game-winning shot or sign a big contract.

The hardest thing to do for anyone who gains instant fame and wealth is staying grounded. The people who find a way to stay level-headed are usually the ones who access their subconscious mind.

I would like to think I did just that after making the NBA as a second-round pick of the Kansas City Kings in 1981.  I did not get the big contract that my close neighborhood friends Mark Aguirre and Isiah Thomas, who were drafted 1 and 2, received that year. But I went from $0 to thousands in a matter of weeks and that can change anyone.

What’s change? Well, change can happen in many ways, but the change I am talking about is not using your subconscious mind  and that is the sum of our past experiences and memories.  How simple can that be?

The three of us spent our middle school and high school years on the West Side of Chicago – Mark living in a area called K- town and Isiah and I living in L- town. The letters were meant to identify the fact that each area was defined by the street names beginning with that particular letter.

Those letters also meant you better know someone in that neighborhood if you decided to venture in, because gangs controlled every corner and trouble would be immediately in your future if you slipped.

For us, growing up in those times we had to call on that subconscious mind daily and be ready to react if we sensed any sign of trouble.  Basketball was our life and the goal was to survive and achieve two things: win an athletic scholarship and make the NBA.

The challenge was to stay on the straight and narrow by reflecting on past experiences that put us in tough situations and remembering things that happened to not only us , but to family members and close friends. That and blending in with the crowd in terms of staying down to earth was the secret to having a chance to accomplish our goals.

Following those rules still did not stop me from consistently having to encounter tough situations. I was still robbed at gunpoint at least six times while attending middle school and high school, but it cut down my odds drastically.

We played 43 years total in the National Basketball Association without a whimper in terms of off court behavior and that is credited to us following the same rules that enabled us to achieve our goal and, again, that was pay attention to that subconscious mind.

Sadly this is where the example for the majority ends and for a few other athletes begins.

Those questions are important because I think it would enlighten athletes to the true fact that if you carry a gun, it means you are willing to kill someone and face the consequences of doing it. That choice should cause everyone to dig in that subconscious mind  and make a sound decision.

I personally think a high number of gun-toting celebrities use the excuse, “It’s for protection.” But realistically it’s just another piece of the wardrobe that garners attention and that’s where I have a huge problem.

The gun is jewelry. It goes along with the cell phones hanging from the belt of the baggy jeans. The gun looks good and matches the interior of the new Bentley or Range Rover. It gives you rhythm when your windows are down and your favorite artist is blasting from your stereo.

The gun is there for beauty and coolness and the last thing an athlete is thinking about is pointing it and making a life changing decision. Why else would a Plaxico Burress fumble his gun in a club and  accidentally shoot himself in the leg? He didn’t know that it would be better to have the safety on and maybe more stabilized in a holster or pocket? Did he know the laws said if you take a gun in a public place you are in big trouble?  Somehow I would bet he did not know that being cool and so-called protected would eventually cost him his contract and garner him time behind bars. And to add icing on the cake, a bullet in the leg. Plaxico was his own security and it cost him $30 million when he could have paid $500.

The excuse athletes/celebrities use for carrying a weapon is caused by their inability to remember what it took for them to get this far in life and that is a serious problem.

If we research most of the gun problems and incidents among athletes, they usually happen around nightclubs. Every person, athletes toom, has a right to party.

– Be careful about going to a club with a history of problems.

– Respect the other patrons and their significant others.

– Hire club security and do not give your unlicensed entourage the thought that they are your security. They are not trained to calm the situation, they only enhance it with bravado.

– Don’t close the club down. If you didn’t meet the girl of your dreams by midnight, what makes you think you will by milling around a parking lot at 2 am because she has gone home.

This is important for anyone, but for a celebrity/athlete it should be the Bible.  Athletes know full well that when the lights come on and the jewelry is shining and the Bentley is out front, some  people get jealous and drunk people get real jealous. That sometimes leads to confrontations that could have been avoided if the athlete followed simple rules of avoidance.

That’s why I frown at guns, but this is where I agree with guns.

If I go to school and have a licensed weapon that I can legally carry in non-public places and someone follows me home as they did with NBA players Antoine Walker and Eddy Curry… Well, in that case, I say use it well as it was intended and don’t hold back. That’s our constitutional right, but understanding avoidance and restraint is what our athletes need to prove first and then we say justifiably so!

It costs nothing other than using what you already have, your subconscious mind.