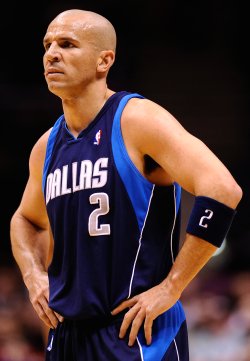 There is still plenty of time for players to redeem themselves this season, but either due to injury, poor performance, or a combination of both, there are a number are candidates for the most disappointing player this year in the NBA.

Here is a list of some of the players who haven’t met expectations to this point. Many of these players are having solid statistical seasons, but based on their past, it’s still below their expected level of production.

Check in with us at the end of the season to see if any of these players will be able to lift themselves off this undesired list. Also, we’d love to hear any suggestions of players who aren’t included, but very well could be.

The players are listed in alphabetical order.

Mike Conley, Memphis. He has gone from being the fourth pick in the 2007 draft to somebody on everybody’s all-rumor trade team. Conley is averaging just over 3 assists in 25 minutes per game and has lost his starting job to Kyle Lowry.  Detroit’s Rodney Stuckey, who was selected 15th in the first round of the 2007 draft, has already far exceeded Conley as a point guard.

Samuel Dalembert, 76ers. Dalembert is among the most congenial people in the NBA, but also among the most inconsistent. Last season he made huge strides, but this year the Sixers center has regressed and now he’s playing fewer minutes. He had started every game, but was averaging under six points and more than eight rebounds and 1.6 blocked shots in under 25 minutes per game. Last season he averaged 10.5 points and 10.4 rebounds and 2.3 blocked shots in more than 33 minutes a game. This season he hasn’t been thrilled about his reduced minutes, but he must give the Sixers a reason to play him more.

Ricky Davis, Los Angeles Clippers. A player who has been known for giving instant offense, Davis has struggled with knee problems and has also received a five-game suspension for violating terms of the NBA’s drug program. He hasn’t played since Nov. 22 due to a left knee injury. Known for his ability to create instant offense, Davis has averaged just 4.3 points in 13 games.

Luol Deng, Chicago. An ankle injury has kept him out of the lineup since late December, but even when playing, Deng seemed to have lost his shooting touch. Before the season he signed a six-year contract for more than $70 million. Deng is averaging 13.3 points, but hasn’t come close to looking like the dangerous player of 2006-2007 when he averaged 18.8 points and shot 51.7 percent from the field.

Allen Iverson, The grading scale is much tougher on this nine-time all-star. Since being dealt earlier in the season from Denver, Iverson has averaged 18 points, which is about nine below his career average. True, with Detroit, he won’t get as many shots because of  the Pistons’ depth and his own reduced minutes. Iverson was averaging about three minutes less per game for Detroit from his career average. To his credit, he has tried to defer to his teammates.  Maybe it seems as if Iverson has been disappointing because the player he was traded for, Chauncey Billups, has made a world of difference in Denver and should be selected to the all-star team. Iverson is still a productive player, but he’s just not performing at an all-star level.

Jason Kidd, Dallas. Kidd has never really been the expected dominant player since being traded at the all-star break last season from New Jersey. The numbers look respectable – more than eight points and eight assists per game. He is averaging more than 35 minutes, which is about two minutes under his career mark. Many point guards would take Kidd’s numbers in a heartbeat, but this is a nine-time all-star, so like Iverson, he is judged on a higher level. Kidd will be 36 on March 23 and while he has some solid basketball left in him, he hasn’t begun to look like the dominant player of the past.

Tracy McGrady, Houston. McGrady has attempted to play despite a painful sore left knee that has kept him in and out of the lineup. To his credit, he has tried to play through the pain, but just hasn’t been the same following surgery in May. A seven-time all-star, McGrady is shooting under 40 percent from the field and isn’t close to the being the player who has averaged 21 or more points per season for eight straight years.

Mike Miller, Minnesota. Somebody with the shooting ability of Miller who is playing more than 31 minutes per game should not be averaging below double figures in scoring. Miller has missed several games this season with an ankle injury, but he also hasn’t been aggressively looking for his shot. In a recent three-game stretch he attempted only 18 shots. Never known as a great defender, Miller has the ability to stretch defenses. He is certainly a candidate to be traded and should be able to help a contender.

Jermaine O’Neal, Toronto. The acquisition of O’Neal in the summer was expected to significantly upgrade Toronto, but the Raptors have been one of the biggest disappointments this season. O’Neal has been listed as day to day, but at this writing, hasn’t played since Dec. 29 due to his troublesome right knee. While in the lineup, he has been solid, but not spectacular (14.0 ppg., 7.3 rpg. ). If totally healthy, and that’s a big if, he is capable of much more. He has not played as many as 70 games since 2003-2004 and one wonders if O’Neal can still make a major impact or just be a solid but unspectacular contributor.