The power of 'no'

The power of 'no' 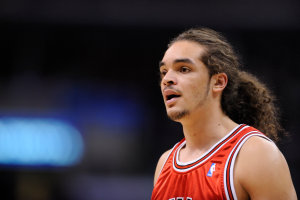 Joakim Noah is finishing up his second season in the NBA – and he still finds one of the hardest parts of his professional life to be saying one simple word: No.

Kendrick Perkins is finishing up his sixth season in the NBA – and, by his own admission, he never said ‘no’ enough early in his career. Now, he does.

“A lot of guys have trouble saying ‘no’ until they figure out that it’s not an insult,’’ Perkins, the Celtics’ center said.

Hitting upon impressionable young players, many of whom have come into substantial amounts of money for the first times in their lives, is nothing new. Managing money – and teaching players to say ‘no’ – is an essential part of the NBA’s transition program for rookies, in which the league imports current players, veteran players and anyone else who can speak to them about what lies ahead.

The players are told they’re about to discover long-lost relatives and newfound friends. They are advised to be wary and careful. Mike Bantom, a former NBA player who runs the transition program, got a chuckle when he was told about Noah’s recent comments, which came in the form of an interview with the Washington Post.

“We tell them all this stuff, but we know it’s never going to register until they actually have to go through it,’’ Bantom said. “What he said to that reporter (sample “it’s hard to say no to somebody that you grew up with your whole life and you know they’re in a situation”) is what we said to him, verbatim. Your inability to say ‘no’ is going to take control of your life if you allow it to. So you better learn.

“But it’s kind of like with your own kids. It won’t register until it actually happens. Hopefully, by then, after what we’ve said, it makes it easier for them,’’ Bantom said.

Perkins heard all the same talk when he attended the transition program. Then he promptly went out and basically ignored all the well-intentioned advice.

“At the beginning, every one I knew had a hand out and I was spending like $200 and $300 a week. That adds up. It got to $11,000 a month. That adds up too,’’ Perkins said. “You have to learn to distance yourself from people, even if that means staying inside at home more. You know, out of sight, out of mind? That first year in the league was tough for me. You’re worried about offending people if you say no. But you eventually learn that you have to do it.”

In Perkins’ case, he was a quiet, Texan who had been raised by his grandparents, unaccustomed to luxuries that are now a part of his life. He entered the NBA right out of high school, even though his prospective college coach, John Calipari, told Perkins he’d be a lottery pick if he went to Memphis for even one year.

Noah grew up in the spotlight; his father was a professional tennis player and winner of the French Open. Noah also is outgoing, engaging and the kind of individual who might attract the very people the NBA says like to prey on kids.

“I know Joakim. He’s a very personable guy,’’ Bantom said. “We’ve had a number of conversations. At the rookie transition program, we brought in Bill Russell to speak and Joakim asked if he could meet him, personally. So we arranged that. But his personality means he is going to come into contact with more “so-called friends” than a lot of other guys who aren’t as outgoing. You can’t stop living your life. You have to be who you are. But a lot of these guys are 19, 20 years old and we’re asking that they act like mature adults.”

It would be inaccurate to say these problems are limited to the young players, either. They aren’t. Dominique Wilkins for years in the NBA had to deal with an ever-demanding family. Longtime veteran Harvey Catchings got talked into a shaky and ultimately unsuccessful business deal even as his agent pleaded with him not to do it.

Former player agent Steve Kauffman recalled a recent example of a player, who he would not name, who had just retired and whose money was being sought to help finance a hotel deal. Kauffman had several experienced people look at the proposal and every one of them said it looked suspicious. All recommended the player not invest.

But the promoters pushing the product got the ears of the player.

As long as the NBA continues to guarantee large sums of money to unproven players, many of them callow and naïve, there will always be vultures lurking. The league has taken more steps to help the kids, Bantom said, including have representatives in each NBA city.

“They are there to help. But they also are there to be observant because some of these kids might want to ask, but are afraid to do so because it would be embarrassing,’’ Bantom said.

The phrase “Just Say No’’ might sound simplistic; it didn’t work in the drug wars after all. But as the go-to phrase for NBA newcomers, it could and should resonate.

It may take them time, like it did for Perkins, but eventually the message got through to him. Noah should know he’s not alone out there, not only in terms of potentially shady company, but also in terms of others who’ve been there, done that, and can help.

“A lot of guys feel an obligation to have to say ‘yes’ to everyone, but you shouldn’t feel that obligation towards anyone but those who are close to you, important to you,” Perkins said. “Were they there for you when you didn’t have anything? It took me awhile to figure that out.”