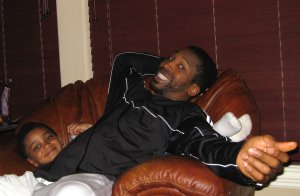 The only thing negative about being in Puerto Rico is Family Guy, my favorite show today, is in Spanish. You can imagine my discontent when I patiently sat through the agonizing dry humor of King of the Hill, only to have my garnered excitement thrown out of my window when I heard Stewie say, “idiota,” instead of “you bovine lummox.” Even though I can understand, it’s just not as funny sans the New England/English accent Seth McFarlen masters. But I’ll get over it. I got Slingbox (an overseas baller’s best friend… Get on it if you already have not).

Moving forward… I suppose I owe somewhat of an explanation as to where the bloody hell I’ve been. The best way I can describe it is, the rebounding position between the top of the key and half court. That’s right good ol’ “no man’s land.” Or just plain ol’ purgatory. After China, I just couldn’t bring myself to travel very far to play. Yes, I broke my hand but I was cleared over a month ago. I just kept talking to teams and never pulling the trigger on any deals. The CBA experience can do that to you. To get into every nick and cranny of what that was like would just be futile negativity, so let’s just forget it happened. Please.

I just read, thought, played with kids, read and read some more. The last thing I should ever do is have too much time to think. Why? Because so many things I tried to avoid thinking about, I actually find myself considering. I remember reading my boy Paul Shirley’s blog about a year ago. In it he was talking about retiring and I thought he was just thinking too much. Thing is, he could still play and I don’t even think he was 30 at the time. So why would he retire? Well, Paul my friend, I get it. Not that I am thinking of retirement but I can see why one would.

I think I was so deep in my own weird mental, I knew the only place I could go play right now was a place I would actually enjoy, so… Soy con boricuas, pa’s k 2 lo sepa! ( I picked that chant up nine years ago when I first started here. Can’t separate it from the island).

When I’m out here, I am a fan and a student all in one. I watch more TV here than anywhere else I play for obvious reasons… I think. So I watch more ESPN and turn into NBA games and then like a kid, get to try what I see Kobe glide through. Then I proceed to trip over my own Adidas. The mind is willing and the feet are weak.

So as I’m watching ESPN, I hear (blank) say LeBron James is head over heels better than Kobe? What?! Then I catch myself screaming at some electronic visage who can’t hear a word I’m saying. I speculated on it before and now I’m certain… They should add a third commentator on Pardon the Interruption, Stewie Griffin. Just so he can be there to elegantly point out the madness within some of these assessments. LeBron is definitely insane… But Kobe? Did any of you see him turn gamma green and rip his shirt off when Ron Artest pissed him off? Let that sleeping dog sleep.

This is the good time of year. The time I wish I was a basketball commentator. Just so I could get the chance to make Tim Legler and Chuck proud. Ready for my Legler quote of the year? “Guess they don’t get the MSG network down in South Florida.” DAAAAYUM.

And Chuck’s is simple, “that’s terrible.”

Chuck’s accent makes that a classic every time he says it. Although I love playoff time and time for predictions, I concede that I have a rather tattered track record. Well, I did say the Lakers and Jazz would meet in the playoffs, right? So I was off on the round. It’s because they got an Aggie jersey somewhere in the locker room jinxing all the karma.

Anyways here goes. NBA Finals… Lakers vs. Sixers. And Sixers in 7! OK… Now MVP… LeBron just barely edging Brian Cardinal in the tightest race in NBA history. Finals MVP… Kobe. That’s it. No punchline, just Kobe. First pick in 09 draft… Blake Griffin. As much as I hate OU, have you seen that mammoth? Is it just me, or does he not have as much hype as he should? Maybe if his jersey were a bit more burnt orange. He’ll be number 1 unless the team picking needs a point, in which case it’ll be Ricky Rubio (hate to say a told you so… But I did).

I am beyond excited right now with this time of year. No more traveling to the other side of the globe and paying $1,000 for excess luggage (strangely enough, all my excess poundage is food). And no more hustles… Just basketball. I needed this to rejuvenate my mental approach for next season. It’s been a wild ride from France, to Utah, to China. But in the following months I look forward to doing something stable. Too old for this caca. But I’ve said it before and I mean it. This crazy globetrotting has helped me beyond belief. And if it takes the nonsense to open my eyes, I’ll take it now rather than later.

Sorry for the dry blog. It’s just been so long. In turn, I have way too many things to talk about. Rather than bombard your eyes with all the details that flood my brain and confuse many to a point of anger… I’ll just accomadate with the usual. Duh… I like basketball… Duh… I scored a lot. That should satisfy the desired perception of all. My apologies for rockin’ the boat. I’ll keep those who care updated on my PR escapades.