These guys are for real

These guys are for real 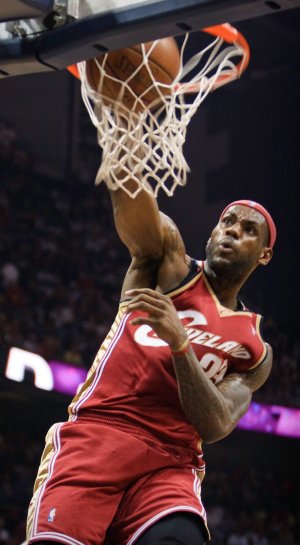 As Gary Payton would say, the Cavaliers are flowing.  They are in a world by themselves right now. Life is good and waking up in the morning is sunny even when it is raining. Athletes live for this feeling, they crave for it and the LeBron-led Cavs are living the dream at the moment. They  have eight straight playoff wins by double figures, leading to first and second round sweeps – which have put the them in elite company among great teams like the Lakers, Celtics and Sixers of past seasons.

But the question remains… Can they continue to dominate and win their first NBA championship? I think they have all the major ingredients, but I will put my support, beliefs and emotions aside for the sake of my article… And probably bring out the emotions of Cavalier fans.

I can make the statement that no team has performed with the machine-like structure of the Cavaliers in putting away Detroit and Atlanta, but I can also say Detroit had a down year and was in total disarray coming into the postseason. I can add that the Atlanta Hawks were a banged up team, especially after Game 2 when Joe Johnson suffered a severe ankle sprain.

I then can check myself and say they dominated both teams and put them away quickly like a great team would under those circumstances, so you can’t fault them for who they play and the breaks they have gotten. Why? Because they earned it with the best record in the league and a 39-2 record at home.

You see, that’s what great sports fans do… They second guess and try to justify why an individual or team is so good.

What we should do is not try to find reasons to say a team is overrated, but research and figure out why a team has played so well.

So I will just come out and say it. And then tell you why I feel this way.

My take: The Cavaliers are indeed the best team in the playoffs and will win their first title. Here’s why…

They have the best all-around player in the game in Lebron James. I wrote an article a few years ago talking about his inability to shoot the ball from the perimeter and that it would keep him from becoming quite possibly the greatest player ever. Well, he answered that argument because he has become a very good shooter with endless range, thus making him virtually un guardable anywhere on the court. Also, he has become the game’s best leader. Do you see how his teammates jump up and down with excitement every time he shows them something special. That tells me they genuinely adore him and that is huge in professional sports.

Danny Ferry has surrounded him with catch-and-shoot players. I wrote an open letter article to Ferry also a few years ago telling him to stop trying to put clones like Larry Hughes around LeBron and go get him some shooters. Well, he has so many good shooters now (like Mo Williams, Delonte West and Wally Szczerbiak) that Sasha Pavlovic and Daniel Gibson, two mainstays from the Finals run a few years ago, struggle to get prime time minutes.

They are extremely physical, which allows head coach Mike Brown to play two ways if he wants. He can go small and speed up the game or he can go big with Zydrunas Ilgauskas, Anderson Varejao, Joe Smith or Ben Wallace. This allows Brown to be prepared for a small Celtic team or a big Orlando frontline in the conference finals, and then adjusting to the size of a Laker big frontline or the ultra-physical Denver Nuggets.

Versatility is the key and that is why the Cavaliers have proven all year that they are the team to beat. Boston Celtic fans might ask, if Kevin Garnett was still in the lineup would I be making this statement? I would say yes without hesitation. Why? I think the Celtics are out of gas and I felt this way before Garnett got injured.

The Lakers have beaten the Cavaliers twice this season and should have the mental edge, but I believe that is fool’s gold. If you remember, the Cavaliers beat San Antonio twice a few years ago and got swept in the Finals against them. The Cavaliers have the bodies to fight Andrew Bynum and Pau Gasol and the Cavaliers I believe have a better advantage in the role-player department, especially off the bench.

In my opinion, the Denver Nuggets present the toughest challenge to the Cavaliers because they are the most physical team left in the playoffs and they can score. The challenge for them is… Can they emotionally stabilize themselves in a series against the Lakers? I say they will not and that will cost them a perfect opportunity to pull a major upset.

Let’s hail to the King. He has made us pause on how good it was back when Magic, Bird and Michael made us stand up and cheer, but we can’t anoint him yet because he has not accomplished the ultimate prize like those three did.

Anyway, I am not betting against him this year!