Protecting Kobe from himself

Protecting Kobe from himself 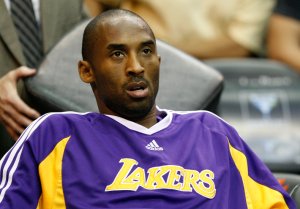 Kobe Bryant has done an amazing job behind the scenes reviving his sorely battered Los Angeles Lakers teammates to get them ready to compete for this year’s championship.

Most people don’t understand the huge challenge of that job following the team’s devastating loss to the Boston Celtics in last year’s championship series.

That’s the opinion of Lakers assistant coach Brian Shaw, who has spent years working with Bryant and observing his unrivaled work ethic.

Bryant has long been inhuman in his efforts to make himself a great player. Shaw has spoken admiringly of the studying, the conditioning, the practicing, all part of the intense amount of effort Bryant has put into his own game.

“He still has all that discipline, all that attention to detail,” Shaw said.

But over the past year Bryant has turned a similar effort into building his team and teammates, Shaw explained recently.

“The area he has grown in the most has been his leadership and his trust of the other players on the team now. He has complete trust. He’s more open with them than he’s been with any group that we’ve had here in Los Angeles to this point. That is why we’re here in the Finals.”

Shaw said people don’t understand the tremendous effort and leadership it has taken by Bryant to help the Lakers recover from their embarrassment at the hands of the Celtics last year.

“He manned up,” Shaw said of Bryant. “He said at the end of the Boston series last year that they were the better team. They were tougher. They were more physical.”

Bryant told his teammates that they all — including himself — needed to become physically and mentally stronger, according to Shaw.

“Kobe said, ‘We can’t make guys tough that aren’t tough. But they can physically prepare themselves, and we can cover for each other’s weaknesses.’ And that’s what we focused on. That’s something he made a point of saying.”

Once the season started, Bryant showed a newfound ability to measure the team.

“He’s done a good job all year of gauging things when our team comes out in a game and we’re a little sluggish. He’s more aggressive then to get us into a game. If guys are up to the task right at the beginning, then he defers. He’ll set guys up and play more of a facilitator role. Then we always know that we can go to him in the fourth quarter and get what we need.”

Bryant’s tremendous determination helps explain his difficulty in Game 3 of this year’s Finals against Orlando. The Magic opened the game with torrid shooting, and because Bryant is so determined to close out this championship, he answered with his own scoring outburst in the first half that kept the Lakers in the game.

However, he may have worn himself down, which helps explain his struggles and the key late turnover that cost the Lakers in the fourth quarter. Bryant also showed signs of extreme fatigue in the Lakers conference finals battle with Denver.

Jerry West saw this scenario developing months ago, after Bryant played for Team USA in the Olympic Games last summer, after having carried the Lakers through the long march to the 2008 Finals.

As a former Laker vice president and the man who acquired Bryant as a 17-year-old rookie, then mentored him to stardom, West began expressing concern to associates about the heavy burden the team’s star was carrying.

Speaking privately to a member of Phil Jackson’s staff, West fussed about the wear and tear on Bryant and the need for the team to be vigilant about leaning so heavily on him. West has observed that the time that Bryant gets on the bench each game to rejuvenate is critical at this stage of his career.

The coaching staff has been vigilant about the issue this season, Shaw said, but added that it’s difficult because of Bryant’s great competitive nature. In Game 3, Lakers coach Phil Jackson left Bryant on the bench for a stretch of the fourth quarter in hopes he could recuperate.

Managing Bryant’s minutes and trying to pace his tremendous competitiveness will be a key to the remainder of the championship series, which resumes Thursday night with Game 4 in Orlando.

West raised hackles and eyebrows recently when he announced that LeBron James had supplanted Bryant as the best player in the NBA.

On one level, West was simply doing something he’s been paid to do for the last thirty years  — he was stating the obvious about the talent he observed on the court.

James is simply bigger and stronger and more powerful than Bryant, and as a result, can do more things on the court than Bryant.

West is quite familiar with the circumstances. He himself spent his entire career being compared with the bigger, stronger presence of Oscar Robertson. In fact, West was more than a little obsessed with these comparisons and used them to drive and motivate himself.

Robertson could do more on the court, and as a result, he won many of the comparison battles, especially those made by West himself. West often said Robertson was better, although those who worked with West said he spent his career determined to outdo his rival.

Even in retirement, Robertson still chaffs at these comparisons, by the way. He has been known to grow angry at writers even making the comparisons. However, Robertson can be excused for not getting the fun. He came along in an age of unfathomable racism.

But West has long known that these comparisons are never truly resolved, that they are the lifeblood of an NBA career, that they drive fan interest and player performance. If you don’t believe him, ask Larry Bird and Magic Johnson, who spent their careers locked in a competition that drove both to the heights of the game.

Is James better than Bryant?

West also made this observation: You can see what a player can do on the floor, his physical abilities, but it’s almost impossible to read a player’s heart.

This much is clear about Bryant: At age 30, in the NBA championship series, he’s determined to make the full effort, leaving nothing undone.

So heart is not an issue.

Asked about Bryant’s turnover at the key moment of Game 3, Jackson observed afterward that the star is only human.

Jackson’s longtime mentor, Tex Winter, liked to point out that Bryant and Michael Jordan possessed a similar competitive nature that made each game an adventure.

Would they try to do too much by themselves, or would they find the right balance to help their teams win?