Artest will star in L.A.

Artest will star in L.A. 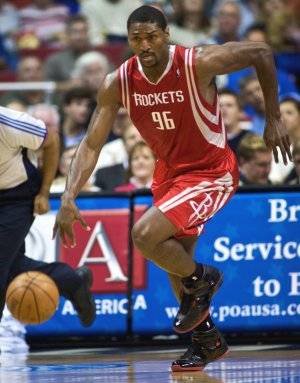 The Lakers have been one of the most dominant forces in the Western Conference for decades and the last few days tell you why. When it looks like this franchise might be on an elevator going down, they find a way to re-direct it back up again.

A few years ago the Lakers were fighting to make the playoffs and in one big swoop Pau Gasol falls in their laps. And then they come upon a major find in Trevor Ariza that leds to another title this year.

Faced with another problem having to sign Lamar Odom and Ariza this offseason, the Lakers have come up smelling like roses once again. How can you go from losing one of your key components and actually get better in the process?

Well, the Lakers just did that by signing Ron Artest. Yes, he will be a problem at times, but the Lakers arguably have the two best all-around defenders and scorers in basketball with Kobe and Artest in the lineup. Artest made one of the best free agent decisions I have seen in a while not based on salary.

I am laughing at the fact most people think Artest is on the edge. To me he looks like the smartest free agent in the pool.

I have always said if he ever made it to a team with a winning culture he would explode and become an All-Star every year. I know Lakers fans are a little down about losing Ariza and I can relate to their disappointment, but don’t think Ariza is anywhere near the talent of Artest.

I will go on board right now and say this: Trevor Ariza will struggle on the island he is going to in Houston. Role players need stars to enhance their game. Yao Ming and Tracy McGrady might not even play next year and that will force Ariza to be the player he is not.

Ariza will pay the price for thinking he was worth more than the Lakers offered him and he will suffer while Ron-Ron will make less and be extremely happy for the next three years. Ariza did not think about why he excelled. Making a decision based on dollars might not ever get him to the Finals again, which might be OK with him.

Artest should fit right into the triangle offense because he is an excellent ballhandler and passer. Kobe will be able to get more rest during the regular season because of Artest’s ability to score when the shot clock is expiring. This is something the Lakers could not get out of Odom, but Artest will bring that ability every night which is huge for the defending champs.

Also don’t forget that Phil Jackson loves the bad boy mix on his teams. He turned Dennis Rodman into a cult hero and if Artest plays as expected he too will reach that level of stardom with the Lakers.