Jared Dudley: "Phoenix is a better situation for me"

Jared Dudley: "Phoenix is a better situation for me" 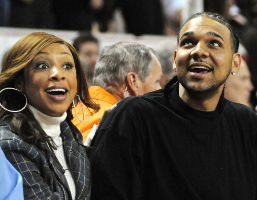 You’re spending most of the summer in Vegas, right?

Jared Dudley: I’m staying in L.A. and spending time in Vegas too, getting ready for the season.

Do you work out with any other players there in Vegas?

JD: Yeah, I’m working out with NBA players there. It’s guys like Chauncey Billups, Al Harrington… Who else was there? Jermaine O’Neal. A lot of people there!

How’s working out with NBA stars like that? Are you enjoying it?

JD: Yes, I’m enjoying it. It’s always good to face these NBA players. At the end of the day, it’s NBA competition and you learn their games. Overall, it’s good to get together to work on your game against guys like that.

Is it hard to focus on the basketball part with all the distractions you can have in Vegas?

JD: It’s not that hard because you go to Vegas with the mindset of training, not partying. You have the whole summer to party or gamble. When you get there, you’re thinking about getting ready for September, working on your body and fine-tuning parts of your game.

What parts of your game are you working on the most this summer?

What position comes more naturally to you: small forward or power forward?

JD: I’m a small forward. I think I can guard certain power forwards – guys like Rashard Lewis or Josh Howard. I find it harder to guard the Kevin Garnetts, the tall post-up power forwards. I’m more into guarding the guys that play outside.

Do you feel Phoenix is a better situation for you than Charlotte was?

JD: Oh, definitely. For one, the style of play is a better fit. Offensively, it’s unlimited. Phoenix is a place where you can run, shoot the three… For me it’s definitely a better situation as far as playing. Also, you have a point guard that will find you in Steve Nash. There are not too many point guards out there better than him.

You were productive on a bench role for the Suns last season. If you had more minutes on the court, what kind of numbers do you think you could be putting up?

JD: I think I would first have to be able to earn the playing time, which I did towards the end of the year. And I think this season backing up Grant Hill or possibly starting, I don’t think it’s out of the question that I could get 10-12 points per game and 5-6 rebounds. I think that would be big for Phoenix and big for my career.

How do you feel about the Suns’ offseason, especially the Shaq trade?

JD: As a teammate, I loved to have Shaq around. He’s one of the funniest guys I’ve ever been around and a great teammate. Court-wise, I think we’re going in the right direction, trying to go back to the old Suns’ style of run-and-gun. So I think making the transition to that will make us a better team on the court.

You’re one of the most active Twitter users among NBA players. How did you get into it?

JD: It was Shaq. He told us to get into it. Jason Richardson got into it. And one day, I said, “Let me try this thing out.” You know, now all my friends are out there hanging out. I talk to Mark Cuban every day on it… It’s just a cool website for fans to get involved in players’ lives. What I try to do is give the fans insight on what they really can’t see. Once the season starts, I’m gonna give them insight on training camp, what’s going on in the locker room, the team bus, hotels and everything.

You’ve even broken news about players like Steve Nash or Matt Barnes. Has the team told you anything about it, that maybe you shouldn’t be talking about stuff like that?

JD: I haven’t had a problem. Everything I’ve said is the truth. I have not put anything out there that’s false or make stuff up. Everything I’ve said, I’ve talked about it with the source. I have credibility. As long as you’re not talking about anything negative… But talking about Steve Nash getting an extension isn’t really bad, so I’m going to continue doing it. For example, next week in Vegas I’m going to talk about the workouts. I’m going to say who’s playing well, how the games are going… Just trying to get more a little more insight for the fans.

Some guys have already gotten in trouble because of their Twitter use. Do you think some players are going to be scared of it?

JD: I think you can get in trouble if you’re using Twiterr on a negative way. If you use it on a positive way to enlighten fans, have fun and interact, I don’t think you’re going to get in trouble. You just have to be careful. For example, I wouldn’t give out my exact location because you never know about getting robbed or something. I think this works well for fans and getting people to know what’s going on in your life.