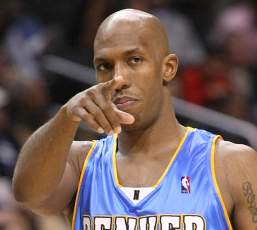 Chauncey Billups isn’t worried about his Denver Nuggets not picking up any big-name players this offseason. But he is worried about a teammate who hasn’t exactly been helping his name lately.

With that in mind, Billups will fly Sunday to Las Vegas, where embattled guard JR Smith has relocated. Billups will spent the final three weeks of August working out with and mentoring Smith.

“We’ve got some talking to do,’’ Billups said in an interview with HoopsHype.com.

Smith last month spent 24 days in jail after pleading guilty to reckless driving in connection with a 2007 automobile accident in which a friend, Andre Bell, died.

More controversy surfaced after his release. The Denver Post reported there were posts on Smith’s Twitter page written in a way commonly associated with the Bloods street gang. It was reported that Smith, who since has shut down his Twitter page, wrote words with a “C’’ that were replaced with a “K’’ and, if the word contained both those letters, the “C’’ was removed.

“JR’s a work in progress,’’ Billups said. “I’m happy and proud of the progress that he’s made. But the latest thing with the Twitter. That’s immaturity. It’s immature. Those are mistakes that we’ve got to stop him from making. We’ve got to spend some time.’’

Billups, Denver’s point guard, figures to start in the backcourt next season alongside Smith. That is, unless Nuggets coach George Karl, who said at the end of last season Smith was in line to replace the since-departed Dahntay Jones as the starting shooting guard, deems Smith still not mature enough for that role.

Billups can help knock some sense into Smith, 23, who has had numerous issues on and off the court since entering the NBA in 2004.

“I hope so,’’ Billups said of Smith becoming his starting backcourt mate. “I hope that he can make the right progressions and be more consistent and be more reliable at all times on the court. If he does, he’s one of the most talented guys I’ve ever played with. So he’s on his way to being an All-Star, if he does.’’

If Smith, who averaged 15.2 points last season and was runner-up to Dallas guard Jason Terry for the NBA Sixth Man Award, can take another step, Denver also can. While other teams in the Western Conference have been beefing up this offseason, the Nuggets mostly have been on the sideline.

The Nuggets, who fell 4-2 to the Los Angeles Lakers in a hard-fought West final, have watched as the Lakers picked up Ron Artest. They’ve looked on as San Antonio added Richard Jefferson and Antonio McDyess, Portland got Andre Miller and Dallas added Shawn Marion.

In addition to the re-signing of center Chris Andersen, what have been the Nuggets’ moves this offseason? They picked up rookie point guard Ty Lawson on draft night and have acquired guard Arron Afflalo and forward Malik Allen, who had NBA scoring averages last season of 4.9 and 3.2 points, respectively.

“A lot of teams obviously got better before we even jump the ball up,’’ Billups said. “I think that our situation stays the same. But the way we get better is, just with the exception of myself, (Anthony Carter) and Kenyon (Martin), we’ve got a young basketball team. I think just the experience we got as a young team, being elite, having some success, if we can be a little more focused mentally, I think we get better.

“It’s not always about names and pickups. You still got to allow those teams to mesh. We’ve meshed. I don’t put much stock in it, although there are a lot of teams that got better… With us, it’s being a year smarter, a year better.’’

Billups believes the Nuggets “definitely’’ have what it takes now to be a championship contender. He’ll get no argument from Martin, who also isn’t too concerned about the Nuggets not having made a marquee move this offseason.

The Nuggets really will need another outside shooter if restricted free-agent forward Linas Kleiza bolts. Kleiza has received a $2.7 million qualifying offer from Denver, which would allow him to become an unrestricted free agent next summer. But indications are Kleiza wants more money, and he might have to travel far to get it.

Kleiza, who told the since-shuttered Rocky Mountain News last October that playing overseas in 2009-10 was a realistic possibility, might go through with that. He’s being courted by teams in Greece and Spain, much to the chagrin of Billups.

“We need LK,’’ Billups said. “But, at the same time, if he has offers, I’m never going to tell somebody what’s best for them and their own situation. But we need LK back.’’

Billups also wants back his backup point guard. Billups said it’s “huge’’ that Carter returns, calling him “one of the keys to our team.’’

But Carter, an unrestricted free agent who has been offered a one-year, $1.3 million minimum contract by the Nuggets, is seeking a multi-year deal. So far, though, there hasn’t been a lot of interest.

“I hope so,’’ Carter said of whether he will return to Denver.

Asked to comment specifically on his contract negotiations, Carter said he’s “not talking about that.’’ But Carter, sounding optimistic about a return, did say he’s hopeful of getting a deal done by mid-August.

“We’ve got the whole core back,’’ said Carter, apparently counting himself. “We’ve just got to pick up where we left off last year. Last year was a great learning experience for us because K-Mart and Chauncey were the only two who had ever been that far (a conference final).’’

Speaking of learning, how much of that will Smith do once Billups has three weeks with him? That could be end up being more important for the Nuggets than bringing in a big-name player. 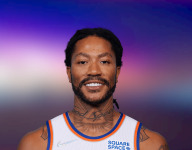 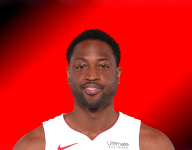 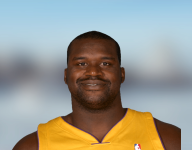