Von Wafer: "I thought free agency would be a lot different"

Von Wafer: "I thought free agency would be a lot different" 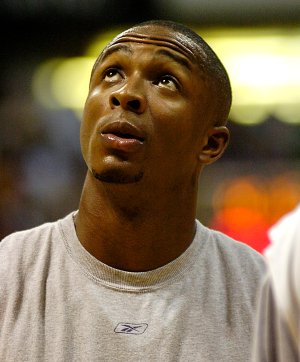 Von Wafer: Actually, this is my first time outside the U.S. and I can tell you: Athens is beautiful, amazing. I just saw the Arena where I’m going to play this season and it’s fantastic. Huge. I’m just happy that people out here understand English (laughs).

Can you feel history around you there?

VW: I’m yet to see all the buildings and temples, but I’m specially excited to see the place where Olympics were born.

You were one of the most coveted U.S. players in Europe. What was the main factor for you in order to decide to accept Olympiakos’ offer?

You are now among the best paid American players in Europe. What does that mean to you?

VW: That means a lot. I worked real hard in the NBA, just felt good to be recognized as a good player that plays hard. And I will play hard this season, as I always do.

As far as money, was any of the offers in the NBA close to what Olympiakos was offering?

Before you decided to go to Europe, did you feel disappointed that it didn’t work out with any NBA team?

VW: It is what it is. I guess they felt I wasn’t good enough or maybe the economic situation… But I’m happy to be in Greece.

But you played well during the playoffs.

VW: Well, to be honest I thought it would be a lot different but it all happens for a reason.

What do you know about your new teammates?

VW: Well, I only know Josh (Childress) and Linas (Kleiza). I always watched Josh when I was growing up, watched him in the McDonald’s All-American Game, in college…

What’s your mindset going there?

VW: Championship. Everything else will be a disappointment. I want to win in everything we compete for.

How difficult will it be for you adapting to the FIBA basketball rules?

VW: Not at all. At the end of the day it’s just basketball. That’s what I do. Anything to do with basketball won’t be hard to get used to.

How important was your last NBA playoff experience with the Rockets for your career?

VW: Very, very important. There was a lot of pressure, a lot of things that helped me to improve as a player.

What was the main feeling after losing against Kobe and the Lakers?

VW: Of course there was a lot of frustration last season. With Yao and T-Mac going down, I had to step up my game so the Rockets could go head to head with teams like the Lakers. Hopefully those guys will get better real soon.