Nightmares of training camps past

Nightmares of training camps past 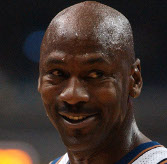 This article is written for the basketball fan who would like some insight on training camps, but most importantly I think it will make current NBA players recognize how good they have it compared to camps years ago.

Every year I attend one, I am amazed at how something I despised as a player has now become so comfortable. You have a conversation with anybody that played until the mid 90’s and they will tell you some horror stories about those 28 days.

“No pain no gain” has always been a favorite quote of a majority of committed athletes. Well, the pain part in reference to an NBA training camp in that era was a combination of mental and physical pain that no one looked forward to. Some guys would purposely delay signing a contract to avoid it.

Today, NBA teams will only go on average through three days of two-a-day practices and one of them is deemed “No contact.” Back then, we virtually went two-a –days for 28 straight days and if you had an old-school coach like Cotton Fitzsimmons, you might get a three-a-day practice.

I know you are thinking, what about exhibition game days? Didn’t matter. Our shootaround practices were taped and lasted two hours.

Today’s NBA players are housed in five-star hotels during camp.

We usually were isolated in dorm rooms with a roommate. Or we stayed at three-star hotels with not so good room service. If you were a rookie, it was extremely tough because you had to wash all the uniforms between practices and provide newspapers and donuts on a consistent basis.

I really do envy today’s players and I applaud them for getting these rules established during collective bargaining. To me, training camp brings memories of the horror movie “28 Days Later”.

I was asked in an interview the other day if I thought the Suns would be tired because of their travel schedule during training camp. I responded, “Are you serious?”

The Suns are staying at a five-star resort in San Diego. They will have only three two-a-day practices. They fly charter. And you are asking me that question? What is so tiring about that?

I immediately started re-hashing old experiences in my mind and sweating. It was like going through those nightmarish camps with Cotton Fitzsimmons all over again. Two instances came to mind!

My rookie year in Kansas City was a book in itself. I had-old school veterans like Sam Lacy, Phil Ford, Ernie Grunfeld, Joe C. Meriweather, Leon Douglas and Reggie King. We were into our first week of training camp and already had gone through 13 practices. My legs were like rubber, my quads and hamstrings felt like they were holding on by a string. We traveled to Memphis to play the Utah Jazz on back-to-back games. The shootaround before the games was basically practices and back then we would scrimmage against the team we were playing. The scrimmages were actually more competitive than the games because we were not bonded by rules. Fights were normal and trash talking was out of control. Those game-day scrimmages would last two hours and after five hours of sleep, we were at it again later that night. We happened to play extremely poorly that night and the next. This leads to the most tortuous day of basketball I have ever experienced in my life.

After the second game, for some reason, a few of our veterans decided to break curfew. And boy, did we pay a price none of us will ever forget. Cotton was so livid we had three taped practices the next day.

The first practice lasted two hours. The middle practice was actually another scrimmage against Utah and not surprisingly they kicked our behinds again. The last practice consisted of a mile run for time and about 30 suicides. Players were falling like flies. After it was over, you could not help but laugh at how teammates were actually falling to the floor with cramps or just exhausted. Never again did any of us think about breaking a Cotton Fitzsimmons curfew.

Exhibition games meant nothing. Practices were more valuable and players understood that to be the case as well. But my next story gives you more insight into the insane competitive nature of Michael Jordan.

Entering the 1988-89 season, I was a Phoenix Sun with the same coach – Cotton Fitzsimmons. We had a young and up-and-coming team led by Kevin Johnson and Tom Chambers. We happened to be on another two-city tour with the Chicago Bulls. We had gone through a grueling training camp and again my body felt like someone just beat me with a bat for five hours. The first night we embarrassed the Bulls and blew them out. We see Michael and his teammates out at a local club after the game and the obvious trash talking occurs. Both teams have to catch a 6 am commercial flight the next day headed to Louisville for a rematch, but unbeknownst to me Michael had other plans. When both teams checked into the hotel and were having breakfast, Michael suggested we come and play a popular card game amongst athletes called “tonk”.

Tom Chambers, Tyrone Corbin and I entered Jordan’s room around 10:30 am. Jordan, Scottie Pippen, Horace Grant and Jack Haley are waiting to play cards. At about 3:30 pm I am ready to go get a quick nap, but Jordan refuses to quit. I decide to call Cotton and make up an excuse about why I can’t play that night and he says no problem. At 5:30 pm, we have no choice but to quit because the bus leaves for the game at 6:15 pm. When I stood up after seven hours of playing cards, I could barely walk. Tom Chambers immediately called Cotton and said he couldn’t play. He said OK, but by then Cotton was getting suspicious.

Before we left the room, Jordan looked at us and said, “I am going to give your boy Dan Majerle 40 tonight.” Now understand he was sitting for seven hours just like us and yet he was determined to give Majerle 40 points in an exhibition game. We asked why he was so determined to attack Majerle. He said Dan guarded him when he was playing with a select team against the 1988 Olympic squad and everyone bragged about how Dan shut him down. I was like, “No way you get 25.” That was based on how my legs were feeling at the moment.

Meanwhile, Cotton was extremely suspicious about why all of sudden all three of us were asking for the game off. Well, Jordan gave Majerle 40 that night and I watched in amazement how he was flying around the court and we three were on the bench stiff and fatigued.

On one of his last plays of the night, Jordan caught the ball by our bench with Majerle guarding him. He looked at Cotton and said, “I took your boys’ money today at cards and I am getting ready to take him baseline and dunk on him.”

He did exactly that, Cotton called timeout and asked Dan why he was so mad at him. Majerle was flustered and said, “I didn’t do anything.”

Also Cotton realized why we three could not play that night and we paid a serious price the next day at practice. A scheduled single practice immediately was changed to a double session and our teammates were not too happy about it.

Training Camp brings back those kinds of memories for me. It is a necessary evil. In order to deal with the 82-game seasons, you have to experience it. I just wish I could experience the training camps of today.

So a message to current players: Don’t complain about how long and tough the current training camps are because players you idolized are saying, “Only if you knew!”