Say it ain't so

Say it ain't so 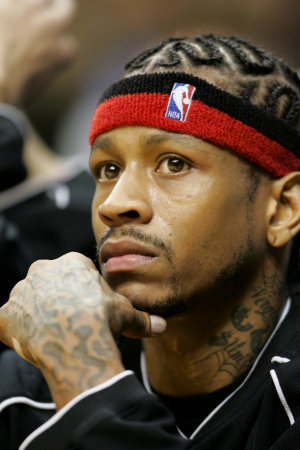 I remember two plays in general that convinced me my body was not equipped to play any more.

I was with the Houston Rockets and we were playing the Mavericks. Charles Barkley threw me a cross court pass and my brain said, “Move forward and jump.” The problem was that when the message got to my legs, a Maverick had jumped in front of me and was headed the other way. We called a timeout and as I was walking to the bench, Charles was laughing and I said my legs would not move. It was the weirdest feeling I had ever had in my basketball life.

The second thing was when I noticed I had no brakes anymore. The basket support was my breaks and it became laughable every time I was driving to the basket. One time I missed the support and ran halfway to the locker room before I could stop.

I still was productive despite my problems, but I knew the time was near and when the Rockets acquired Scottie Pippen and put me on the injured list during the lockout season. I knew my time was over. I had the toughest and most difficult time dealing with the fact it was over, but I took solace in knowing that I exhausted every ounce of my basketball energy.

I knew, despite teams inquiring, that I was done. I retired at the ripe old age of 40.

Allen Iverson, you are not done. You have so much more to show us. Stop listening to the people who probably have you in this frame of mind today.

You know, the ones who sat around all day waiting for you to come home while you were at practice working your rear off.

You know, the ones who relied on you to make sure all their bills were paid and gifts flowing in their direction.

You know, the ones who walked behind you and thought they were you and demanded respect from people like you received.

You know, the ones who told you constantly it was always your teammates and the coach’s fault when negative reactions were directed at you.

You know, the ones who probably weren’t too happy you got married and started to raise a family, because it took your attention away from them.

I am just guessing here, but just watching you over the course of your career you have always remained loyal to your past. I applaud you for the gesture and commitment, but it’s time to put yourself first and listen to your conscience and not anyone else’s.

Just watching you over the last 13 years and the way you threw your body around, playing hurt, averaging 41 minutes a game for your career… You proved to me and anyone who watched you that Allen Iverson is the toughest player pound for pound in the history of the game.

That commitment is unbreakable. Allen, you are married to this game. You can’t just walk away because you can’t make the adjustment. You have been married a number of years. Adjustments is what you do when you love someone and something.

Why can’t you mentor young players while still helping a team get to the playoffs or win a championship?

Why are you fighting against helping and teaching the very players who purchased your shoes and grew up wanting to be Allen Iverson?

Why are you walking away from a game that made Allen Iverson a cult figure so soon because you are expected to make a change?

We loved your game because you fought, scratched and clawed your way into becoming a first ballot Hall of Famer. So why go away without showing younger players that you can make a change and still help teams win?

Michael Jordan showed me a lot when he didn’t care about perception. He knew he would struggle playing with the Washington Wizards. He played because he loved the game and he felt that he had more to give. He is not even remembered for those few years with the Wizards and is still considered the greatest basketball player ever.

Allen, we are not dumb. We know your numbers and production will go down because you will have to make adjustments. What we would like to see you do is playing for a contender.

Allen, don’t you realize you could tip the scales for a number of potential championship teams this season by becoming their sixth man.

The Celtics, Magic, Cavaliers, Hawks, Suns, Lakers, Spurs could all use you in the right capacity.

Allen, here is my advice… Take a month off and go talk to a number of great players like Karl Malone, Barkley, John Stockton and Patrick Ewing and ask them what they would do to win a championship and what would they do in your shoes?

You have time to change your decision and this time look in the mirror and do what is right for Allen Iverson.

I say you will come back. You are The Answer and we will be waiting.