This is not over

This is not over 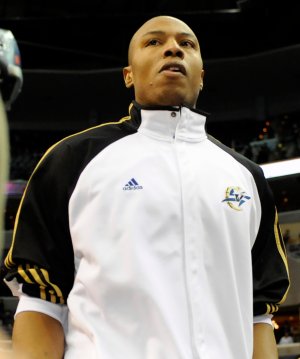 I want to start off by saying we are not going to give up. I know things are not going the way we expected them to go, but I’m still optimistic we will turn this thing around. We have to remain positive and believe we’re capable of winning games. If you take a close look at our season so far, you’ll see we’ve lost five or six games by four points of less. We’re not that far away from being a good team. We have good enough personnel. I truly believe that. If you don’t believe it, it’s over with. You always have to stay positive in the NBA.

With all the losses, there’s always typical stuff that will come up. The criticism, the rumors… I really don’t care much about that. When you’ve been in the NBA for a few years, you know rumors are just part of the show. Your name is going to be thrown out there. Some people will make it look like you’re not happy with your team. I don’t pay attention to that. It’s business as usual for me.

Even though my numbers are a little down this season, I know I can be an effective player for the Wizards and do whatever I’m asked for. I still can give you 20 points, 7 rebounds and some assists while guarding some of the best players in the league. I know I can do that. I’m not concerned about the trade rumors.

I’ve been traded a couple of times before in my career. That did nothing but give me extra motivation. Look at my track record… Every time I was dealt, I had better years with my new team than I had with the old one. You don’t want to get traded, but you can turn it into a positive. I know I did.

This year I will finally be able to spend Christmas with my family. It wasn’t that way the last two seasons. You try to have fun with your teammates in those situations, but it’s always hard not to have your loved ones around you those days. At the same time, you’re providing for them. So you feel good about that.

Maybe it’s a little bit of old news at this point… But since I haven’t blogged for a while here, I would like to talk a little bit about late Wizards owner Abe Pollin. That man truly was one of the best people I’ve ever known in my life. Ever since he traded for me, he cared about me. And he told me he cared about me. He was just an unbelievable person. He helped me a lot off the court. And you just have to look at what he did in the community to know he was a special person. You will be missed, Abe.

Not much more to say. Enjoy Christmas!