West is best once again

West is best once again 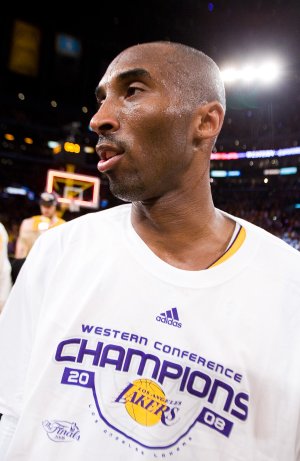 Here’s a nugget you might not know: The Oklahoma City Thunder leads the NBA in inter-conference victories. Their victory Monday night in Atlanta pushed the surprising Thunder to 15-4 against Eastern Conference opponents. Not bad for a team which won only 23 games last season. They’ve won 23 already this season.

The success of the Thunder against the East (they are only 8-14 in their own conference) drives home the point that, once again, after a one-year blip, the Western Conference, top-to-bottom, is the best. In nine inter-conference matchups on Martin Luther King Day, the West prevailed in seven, highlighted by the Thunder’s win in Atlanta, the Mavericks’ win over the Celtics in Boston and the Lakers’ victory over the Magic at the Staples Center.

Wasn’t it supposed to be different this season? Shaq was moving from West to East. Vince Carter was going to Orlando to make the Magic better. The Raptors spent like drunken sailors on shore leave and seemed to be poised to return to the Land of the Relevant, even though more than a few eyebrows were raised with the mother lode showered upon Hedo Turkoglu. The Wizards looked ready to return to the post-season with a healthy Gilbert Arenas (how has that worked out? Oh well.)

It seemed from the outside that the better teams in the East improved (the Celtics adding Rasheed Wallace, the Hawks’ adding Jamal Crawford) which would only strengthen the conference.

Well, the rich did get richer in the East. The Celtics, when healthy (still waiting, by the way, for that glorious day), are better. The Hawks are better. The Cavs may not match their 66 wins of a year ago, but they may be better suited for the playoffs. The Magic? Well, HoopsHype’s Eddie Johnson had two Orlando players (Carter, Dwight Howard) on his top 10 list of most disappointing players. Nonetheless, the Magic are 9-6 against the West and fourth overall in the East.

So what has caused such a shift from last season, when the Eastern Conference had a 231-219 record against the West? By the way, that has been the only season in the last five where the East has been remotely successful. To wit:

Here are a few thoughts.

– The lower echelon teams are in the East, again. Last year, there was a great divide in the West between the haves and the have-nots. Yes, the Phoenix Suns won 46 games which would have earned them a No. 4 seed in the East, and didn’t qualify for the playoffs. But the West also housed six of the worst seven worst teams in the NBA: Golden State, the Clippers, Sacramento, Minnesota, Oklahoma City and Memphis. Those five teams were 50-130 against the East, with the Kings a hideous 1-29. The remaining nine teams in the West last season were 181-89 against the East. This year, with the Nets leading the way (0-16 against the West), the worst teams appear to be back in the East. Five of the seven losingest teams are in the East.

– Nine of the Lakers’ 12 victories against the Eastern Conference have come in the Staples Center (as well as their only loss to an Eastern team, the Christmas Day defeat to Cleveland.) The Lakers play their next seven games on the road against Eastern Conference teams. The Eastern swing features bookend beauties (Cleveland on Thursday and their first meeting with the Celtics on Jan. 31. But the five games in between are all ho-hummers: New York, Toronto, Washington, Indiana and Philadelphia. Only one of those teams, Toronto, is currently among the top eight. The Spurs, meanwhile, will be on the road for virtually all of February, playing nine of their 11 games away from the ATT Center. But only three of those roadies will be against Eastern Conference teams.

– Is there any hope for the East? Well, no team has played more road games than the Cavaliers (25) while the Celtics have played 21 (and have more home losses in fewer games than road losses. Go figure) But the Cavs only have 11 games remaining against the West, which might bode well for them in the overall standings, but won’t do much to bridge the sizeable East-West gap. The Celtics have 17 games left against the West, including two each against the Lakers, Nuggets, Rockets and Trail Blazers. However, the surprising Charlotte Bobcats have 19 games left against Western Conference teams – 12 of them on the road. And the home games include Dallas, the Lakers and the vaunted Thunder.

So, barring something unforeseen over the second half of the year, the 2009-10 appears to be reverting to the form we’ve seen throughout the last half of the last decade. The West will reign supreme in head-to-head play. One (or perhaps) two teams from the West will get shafted by not making the playoffs while a team with fewer wins playing in an inferior conference will get in, most likely with a losing record.

Does this mean the champ will also come from the West? Hmm. Seven of the 10 NBA champs came from the West last decade, but only two teams won titles. Three Eastern singletons (Detroit, Miami and Boston) interrupted that run. The Lakers may end up with the league’s best record and homecourt advantage throughout the playoffs. And, if they do, they can thank the East for being a big part of that.