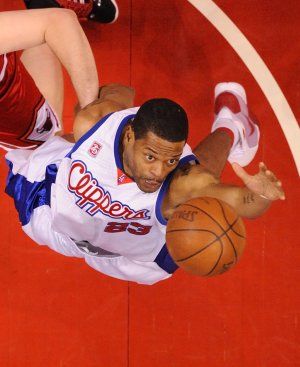 You know it is close to NBA All-Star time of year when the word “snub” can’t be ignored on the airwaves, the sports pages or the web. Every year there is more talk about who didn’t make the All-Star team than who did. This year Deron Williams’ long All-Star wait is over, but there is debate over whether David Lee or Josh Smith or Chris Kaman should be making appearances (it would have helped in the “fans” hadn’t deemed Allen Iverson and Kevin Garnett All-Star material this year). So in that vein, HoopsHype presents to you the ten best NBA players of all-time who never made an All-Star appearance.

As point guards go, Andre Miller is as consistent as they come. No doubt he should have made the All-Star team in 2002, when he led the NBA in assists (10.9 per) while also putting up 17 points and five boards per outing.

For all the stat geeks out there, Sleepy Sam Perkins has the highest career Win Share of any non-All-Star player in NBA history. He had an extremely productive and steady 17-year NBA career, but no All-Star appearances dot his resume.

No, Eddie Johnson didn’t make this list only because he is a HoopsHype contributor (but that definitely didn’t hurt his cause). EJ scored the most points in NBA history by a non-All-Star and was the League’s Sixth Man of the Year in 1989. Just so he doesn’t feel bad, we’ll name him HoopsHype’s All-Star!

Al Cervi is truly an anomaly – a Hall of Fame player who never made an All-Star team (similar to Drazen Petrovic). One of pro basketball’s pioneers, Cervi was a league MVP and All-League performer but suffered from the fact that the All-Star Game wasn’t dreamed up until late in his career.

A North Carolina basketball legend, Phil Ford burst onto the NBA scene his rookie year in 1979, winning Rookie of the Year, making 2nd Team All-NBA and placing eighth in MVP voting. But he’s no All-Star.

It might be preached that defense wins games, but it sure doesn’t gain you much in the way of personal accolades. Marcus Camby has been one of the NBA’s best defenders for years now (he’s got a Defensive Player of the Year award to prove it) and normally averages a double-double, yet he’s 0-14 in his attempts to make it into February’s All-Star festivities.

It’s really surprising that Byron Scott didn’t make at least one All-Star team. When you think of the powerhouse Lakers teams in the 1980s, he is one of the first names that come to mind. In fact, in their 1988 championship year, Scott led the team in scoring – not Kareem or Worthy or Magic.

No doubt Drazen Petrovic had some All-Star appearances waiting in his future if his life hadn’t been tragically cut short at the age of 28. Still, his last year in the NBA he averaged over 22 points a game and made 3rd Team All-NBA, yet he wasn’t deemed All-Star material.

Cedric Maxwell is proof that having famous teammates can hurt your All-Star chances. On a star-studded Celtics team, Cornbread put up some solid numbers, including one year of 19 points and 10 boards a game, yet no All-Star nod. He is the only Finals MVP (1981) in NBA history to not make an All-Star appearance.

It is mind-boggling that Rod Strickland never made an All-Star team. During his peak, he reeled off five-straight seasons of about 18 points, nine assists and five boards a night. In 1998, he led the League in assists (10.5 per) and put in 18 points and five boards a game, which was good enough to earn him 2nd Team All-League honors.