Mahmoud Abdul-Rauf: "After the anthem fiasco, no team wanted to touch me"

Mahmoud Abdul-Rauf: "After the anthem fiasco, no team wanted to touch me" 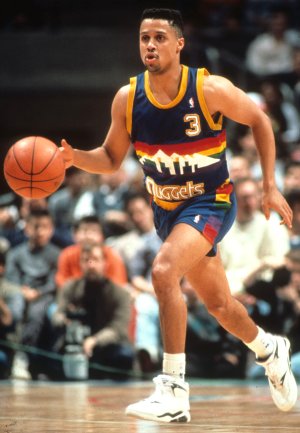 How did you end up playing in Japan?

How big is basketball there?

MAR: They are definitely trying to build something good here as far as basketball. The fans really seem to be excited about it. At the same time, they are not as emotional as in college or some European teams. They leave you more room. They seem to understand the fluctuations of the game, that there’s going to be some high and lows in it. That’s a beautiful thing. (Basketball) seems to be growing. They seem to be putting a lot of energy and focus in building something over the next few years. They are always doing something as far as promotion. I think, in time, this is going to be something big. Right now, we get nice crowds. Nice response.

You’re 40 already. Do you have any plans to stop in the near future?

MAR: As long as God gives me the ability to play and I have the desire to play – whichever goes first – I’m going to play.

You still have the passion.

MAR: I still have it. I still love to compete. And I know when to say, “Enough.” I still have the ability to play on the top level. So I’m going to enjoy it as long as I can. And then, after that, go into some type of coaching.

Do you know of any other athlete having a successful career in sports while dealing with Tourette syndrome like you have?

MAR: He’s not playing anymore, but I think there was a guy in baseball called Eisenreich. I think there’s a soccer player overseas that has Tourette syndrome also.

What are the best memories of your time in the NBA?

MAR: When I was getting minutes (laughs). When I was playing. We have a great run in Denver. In Denver, I spent six years and I had great teammates, man. LaPhonso Ellis, Dikembe Mutombo, Dale Ellis, Bryant Stith… A lot of guys came through and we had three years straight when we were able to go to the playoffs and beat the No. 1 seed Seattle SuperSonics in the first round, or take the Utah Jazz to Game 5 in Utah. Those were the highlights for me.

What do you think is the perception NBA fans have of you after all the controversy about the anthem?

MAR: You’re gonna have people that focus on the basketball aspect and appreciate my abilities and you’re going to have some that focus on what they perceive is the negative – the national anthem, the interviews and anything I did that didn’t coincide with their views.  For me, really, I don’t care about that. As long as I can I can say I went out and did the best I could and stayed true to my heart and my conscience, that’s something I can deal with.

But I will tell you this… When I’m on the streets, it’s a difference from what the media says as far as me being a troublemaker because of the anthem. When I’m walking on the streets, the response I get is different. When it’s all said and done, people on the street know or got a sense about how certain people are. And I get a lot of people that come to me and say, “Man, you had a lot of game” or “You could play” or “Man, they gave you a raw deal” or “Thank you for doing  what you did and standing up!” I get that a lot more than the negative. At the end of the day, people are going to have their opinions. You know what they say about opinions? (laughs) It’s like a-holes, everybody’s got one.

What happened in the offseason of 1998-99? Did you receive offers to keep on playing in the NBA?

MAR: Oooh, man, that’s a long, long time. I will tell you this… After the national anthem fiasco, nobody really wanted to touch me. Then there was the HBO interview with Bryant Gumbel. After that, it was like it killed everything. Because that was after September 11. I could not even get an invitation to go try out with a team. I just laid low, stayed at home, spent more time with my family, trying to do things in the community and see if eventually I could get back into it. At the end, I said… Man, I still have a love for this thing and there’s got to be somebody out there that wants to give me a chance to play. And that’s why I have been overseas and have been ever since.

Would you do anything differently if you could go back in time? 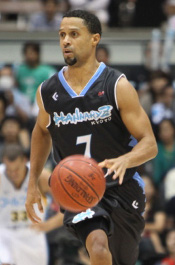 How did you make your mind one day that you were not going to stand during the national anthem?

MAR: That was gradual process. It came through my reading. I began to read more, I began to think about issues more. And the more I read and the more I thought, I said… What am I doing this? I don’t want to be like some type of robot, just doing things because other people are doing it. I began to question, why am I doing what I do? Do I believe that this is the right thing to do? So I came to this decision. I said, “No.” There were a lot of things that I disagree with and if I’m going to be true to myself, I have to begin to act like it and not just talk about it. That’s what brought me to that point of not standing.

It was something that was gradual and it was never meant to bring attention to myself. I did it for like three or four months before anobody even knew I was doing it. If I wanted to bring attention to myself, I wouldn’t have come out or I would have put myself in the middle of the floor. But I never did that because it was something that I was dealing with internally.

Were your teammates supportive?

MAR: My teammates were very supportive. Actually, the night that they suspended me, Dale Ellis did exactly what I did in protest. Silent protest. Even Dikembe was like, “He’s been doing this for months and he hasn’t been bothering anybody! Why do you make a big deal out of it?” They respected my decision because they knew me as a person. I’m not trying to cause problems. But hey, I’m going to follow my heart and my conscience. I’m like, if it’s wrong and that’s the way I see it… I can’t sleep! Because it’s on my conscience so much and I need to get this thing off my chest. You want to think that people are able to take some constructive criticism. But if they can’t take it, and it hurts me in the long run in terms of not being able to get a job, I still say, “OK.” It is what it  is.

What is home to you now? Where are you going when the season finishes in Japan?

I read you were living in Mississippi, but you left because it got to the point that it wasn’t safe. Is that right?

MAR: I spent maybe five years or so in Mississippi trying to do things. Mississippi is a different monster. From minimum wage, education, health care… It’s always like on the bottom of the list in America. It’s real backwards. And I got children to think of. I’ve been there for five years. I was like, I can’t keep spending all of my money hoping people are going to change. I gotta go some place I think it’s better for my family. That’s one of the reasons I left. Also, my house was burned to the ground when I was there. Some suspect it was the Ku Klux Klan maybe because there was some Ku Klux Klan insignia that was left there when the house burned down. So when those things began to happen, I said… It didn’t work for my family here. Let me get on that hill. Y’all can have Mississippi (laughs). I’ma go somewhere else. 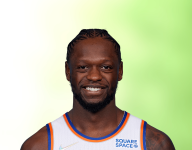 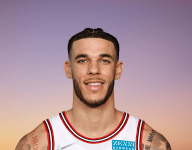