The slow death of a competitor

The slow death of a competitor 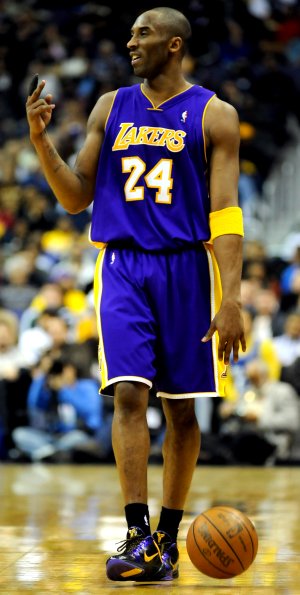 Larry Bird spent his later years in the NBA battling heel spurs and a bad back, the price he paid for the all-out way he played the game.

For Magic Johnson, the end came with an embarrassing loss in the 1991 NBA Finals, followed a few months later by the stunning revelation that he was HIV positive. His later attempts at a comeback were hard to watch.

Jerry West fought through an array of injuries to finally help his Los Angeles Lakers to a championship in 1972 after the team had failed in seven previous trips to the NBA Finals. Two seasons later West found himself tangled in a contract dispute with Lakers owner Jack Kent Cooke, so he played one final furious exhibition game and retired in a bitter huff. He then filed a lawsuit against the team for which he had played his entire career.

Michael Jordan was thought to be the one who would finally leave the game on his own terms. He defeated the Utah Jazz with a killer shot in the 1998 NBA Finals to win a sixth championship for the Chicago Bulls. It all seemed so perfect until he gave in to weakness and attempted a comeback with the Washington Wizards three years later that produced two miserably lost seasons. That failed effort was rewarded by an ugly scene in which Jordan was fired as an executive by Washington owner Abe Pollin.

Pro basketball’s select few — its greatest competitors — have all reached the heights of fame and glory only to find themselves staring at a harsh reality — their youth is gone, having been spent in an seemingly endless, dizzying cycle of games and practices, a blur of physically challenging seasons, punctuated by summers that were far too brief and much too busy.

They then spend the last few years of their careers trying to cheat time until they realize their hour has come round at last.

No, I’m not saying that his career is over. Far from it, for Bryant has long planned for this scenario with discipline and work habits that have built his strength and endurance to remarkable levels.

But Lakers fans present an imposing Greek chorus in Los Angeles, and the nervous twitter about the slipping quality of Bryant’s play has begun to grow into real noise.

There’s no doubt that the End Game has begun. Bryant himself, who will turn 32 in August, has acknowledged it. Lakers coach Phil Jackson also hasn’t hesitated to address the fact that Bryant no longer can make some of the miracle plays that he once made seem so routine.

Actually, it was former Lakers VP Jerry West, the man who drafted Bryant, who first raised the issue privately two years ago. Having gone through his own challenges as an older player, West warned that the Lakers coaching staff should move to trim back Bryant’s minutes because he was showing signs of wear.

Unfortunately, circumstances with the Lakers have allowed little room for moderation of his minutes. But it’s always that way with superstars. They have to be on the floor.

In his 14th season, Bryant heads into Tuesday night’s pivotal first round Game 5 against the Oklahoma City Thunder having played better than 44,400 minutes of regular season and playoff basketball.

If somehow the Lakers manage to survive and and advance, Bryant could wind up with better than 45,000 minutes on the odometer after this season.

Jordan, long considered the standard because he drove the Bulls to a championship as a 35-year-old NBA guard, played a total of 48,485 minutes over his 15-year career, the final 5,000 of which were frustration filled.

Phil Jackson, who also coached Jordan with the Bulls, has long considered it a marvel that His Airness was able to play at such a high level at age 35 while winning a sixth title, yet Jordan had taken off nearly two seasons earlier in his career to play baseball.

As Bryant himself has long acknowledged, it isn’t the age but the mileage that factors into effectiveness of older players. With this in mind, Bryant has explained his goal for the end game of his career — “keep playing until the wheels fall off.”

Bryant’s greatness has only been emphasized by the fact that he has played this season and recent seasons while battling through a series of injuries that would sideline lesser players.

Yet his legendary toughness and ability to play through injuries also contribute to the perception of his decline.

Fans keep asking, are we watching those wheels fall off in this first round series with the Thunder? Anyone who saw Bryant in Game 2 of the series knows he’s still fully capable of competing at the highest level.

Yet Games 3 and 4 in the series only served to revive the noise. Kevin Durant, OKC’s brilliant young star, had established himself as a top offensive player this season while leaving former NBA greats to wonder if Durant was also capable of playing defense too. In the second half of Game 3, Durant answered that when he asked to cover Bryant.

It was obvious that the unexpected switch and Durant’s length created trouble for Bryant, whose missed shots in the fourth quarter created an opportunity for the young Thunder to get a confidence-building win.

In Game 4, Bryant obviously backed off his own game to respond to Jackson’s entreaties to use the Lakers’ size against the Thunder. With a less-aggressive Bryant making passes, taking only 10 shots and scoring only a dozen points, OKC pushed to a blowout win.

With the series tied 2-2, the series returns to Los Angeles for a Game 5 that means far more for Bryant and his Lakers than it does for the Thunder. Will the Lakers someday think back on this series the way they do the 1991 Finals, when they took a 1-0 lead on the Bulls. In Game 2, Jackson and his Bulls assistants switched Scottie Pippen to cover Magic Johnson and discovered an advantage. The Lakers never won another game in that series.

At the least, Game 5 promises a legendary showdown between Bryant and the 21-year-old Durant.

If the Lakers lose Game 5 Tuesday and possibly the series, the outcome will drive more noise about the decline of Bryant, the star.

There’s no question that Bryant, who recently signed a three-year contract extension with the Lakers for almost $30 mil per season, will face the challenges that all great players face as they age.

But the Lakers’ problems this season are more about other issues than they are about his decline. Those issues are clear in this series:

– The execution of their triangle offense has been weakened dramatically with the addition of forward Ron Artest, who like many players will require at least two seasons to become sound in running it.

– The back injury of sub Luke Walton and his slow recovery have further limited the team’s execution of the offense.

– Artest playing on the wing in the offense has moved Bryant to play more guard. Some of Bryant’s best play in the triangle in years past has come from the wing position, which afforded him better options for attack.

– The question marks about Jackson’s return to the team next year have undermined the Lakers in small but important ways.

As for Bryant himself, there’s no question that he’s been worn down by the grueling march to the last two NBA Finals and his role for team USA in winning the 2008 Olympic Gold. He will need time to recover this off-season, as West, Lakers GM Mitch Kupchak and others have advised.

That’s a reality that even Kobe Bryant can’t escape.

If he does take time for real recovery, it’s reasonable to assume that Bryant, the Boy Wonder, will continue to compete at a high level as he moves through his final seasons.

One huge factor will be who coaches him. At least that was the case for Jerry West, and Bryant might pause at some point to contemplate a few things about the last years of West’s career.

In 1971, former Celtics great Bill Sharman sought the Lakers job in part because he had so much admiration for West and wanted to help him win a championship.

Sharman then asked West, at age 33, to move to point guard and to lighten the heavy scoring burden he carried with the team.

Without so much as a word, West agreed to make the extraordinary move, and the Lakers took off on their famous run to the 1972 title.

Even though he became the team’s primary ball distributor, West still averaged 25 points a game that season.

During the playoffs, when an aging West struggled through a series of frustrating nights shooting the ball, Sharman was there to offer soothing words and to remind the media repeatedly that West remained one of the great, great defensive players of all time, that his contributions made it possible for the team to win.

Sharman presented the coaching ideal for guiding a team to a championship while helping an aging star through the End Game. That is one of the toughest circumstances in coaching.

The Lakers organization in the past has suffered at times from the idea that anyone can coach the fine collection of talent its owner and executives have assembled.

Kobe Bryant will have to hope that doesn’t happen during his final campaigns.

If the team and Jackson part ways after the season, the coaching hire will go a long way toward determining the outcome.

After all, if all of Bryant’s hard work over the years has earned him good fortune, he still has a chance to accomplish some amazing things in his advancing years.

How he and the Lakers play Tuesday night will go a long way toward setting the agenda for the inevitable end.