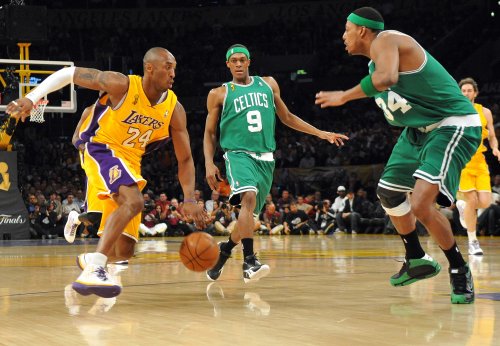 I think my readers over the last few years know one simple fact about me… That I am honest. So let me share an emotion I have for the Los Angeles Lakers and the Boston Celtics:

Oh, but not the truest form of the word hate. I am too lovable of a person to have that kind of emotion. My mother raised me to respect others and to not be a jealous individual. I have adhered to that upbringing.

But mom, can I have an envious hatred? We as humans get envious all the time and it releases some pent-up emotion and stress we all need to let go.

Sports have a way of making us lose hair and sleep. I love my Phoenix Suns and it was painful to see Steve Nash show emotion that adults mostly suppress in the locker room after the Game 6 lost to the Lakers.

I thought this Memorial Day weekend would be one to remember, but Kobe and the Lakers got some revenge against the only team, other than the Celtics, to beat them in the playoffs the last few years.

I wonder why Boston and L.A. always resuscitate when they lose key players and a few years later wind up back in our faces in June.

Thirty teams vie for a championship every year for 82 games, but these two always find a way to win an extra 16 more to win another championship.

It would be OK if the fans of these two teams had some dignity about how to be humble when they win or lose, but we will be subjected to the conspiracy theories and the “league wants this or that” when things don’t go well for either team.

We have to pick our poison.

Do we support the Boston Celtics and deal with the fact that they are running out of room in the rafters hanging banners and hearing from their fanatic spoiled fans who have celebrated 17 titles already.

Or do we support the Los Angeles Lakers and deal with two types of fans they present: 1. The blog-chasing fans that flood the Internet and chastise anyone and everyone that says anything negative about the Lakers and 2. The pretty people that sit in front row seats and could pay off someone’s house note in a year.

I guess most of America dislikes this matchup because they can’t actually root for either team. I can see this scenario in most family rooms around the country as this series gets under way. If one team goes up in the series, the loyalty will switch to the other team because once we see, hear and read what their fans and writers will be saying, then we will change and support the other squad. We will become like yo-yo’s within this soap opera, finally hoping that for some crazy reason the series will end in a tie and no one wins.

These emotions I carry run deep. Look, I got beat up by Magic, Kareem, Worthy, Scott and Cooper on the West coast and then two times by Bird, Parish, McHale, Dennis Johnson and Ainge on the East coast.

I am speaking for every NBA team and player when I rant like this, so don’t think for a moment that I am alone. We have pain and suffering issues attributed to these individuals. You can throw in Shaquille O’Neal and Kobe while you are at it.

The only reason fans cheered for the 76ers, Pistons, Bulls, Rockets and Spurs when they won championships is because we were excited about something new.

That’s why we wanted the Suns and the Magic to beat them.

We hate those franchises. But, quite honestly, that hate is really a form of respect for how they are able to return to winning form even when they have been at the bottom of the heap for a period of time.

Now let’s break down the Finals.

I know I will be lambasted by the fans of one of the finalists and they will argue that I have no clue.

I really don’t want a clue, but here it is…

At first glance, you lean towards the Lakers’ starting five because of their size and versatility, but we have no idea how healthy Andrew Bynum will be in the series. It will be interesting to see who Doc Rivers feeds to the Black Mamba. I assume Paul Pierce, Ray Allen and even Rajon Rondo will get a shot. If Kobe continues to flow like he has lately, it will not matter. The key for Boston is to force Bryant to consistently guard people on the other end. With the improvement of Rondo, Phil Jackson can’t hide him on Rajon like he did two years ago.

Bynum will catch a break not having to step outside the paint and defend the two-man game and run the floor in defensive transition, but I think Boston will test him against Kendrick Perkins early in the game.

Pau Gasol has a slight advantage over Kevin Garnett because KG is not totally healthy.

The key for the Celtics is… Can Allen have a big performance? He might have Derek Fisher guarding him most of the series so that Kobe doesn’t have to run around screens all night long. Fisher is going to struggle in this series because of tough matchups, but on the other hand Fisher will burn the Celtics if Rondo roams on defense – which he enjoys doing.

I also give Paul Pierce the advantage over Ron Artest and only because Artest will not get the touches to attack Pierce consistently in the series. Also I believe Pierce will get Artest in frequent foul trouble, which will force Luke Walton to play more minutes.

Ultimately, it boils down to Kobe Bryant. Right now he is virtually in a video game zone and that spells trouble for Boston. 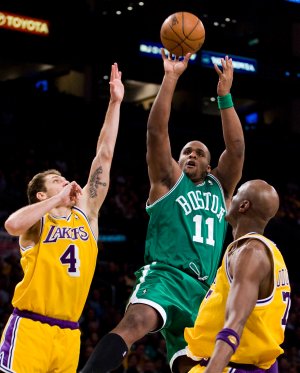 The Celtics don’t have the deep bench they had a few years ago, but that will not be a problem because the Lakers’ bench is not a threat at all past Lamar Odom.

Tony Allen will get plenty of shots at Kobe and he will obviously make him work for everything. Glen Davis and Rasheed Wallace will make the difference in this series defensively on Gasol and Bynum.

Nate Robinson will probably play some against the Lakers’ small guards Jordan Farmar and Shannon Brown, which should scare the daylights out of Phil Jackson because Robinson can score 20 in a quarter off the bench.

Odom will have to continue to carry this thin Laker bench, so look for Walton to get some minutes based on the big bodies the Celtics will bring into the game.

The Celtics are extremely versatile offensively and defensively with Garnett, Pierce, Rondo and Allen leading the charge. They each can take turns leading the team in scoring and still play good defense.

The Lakers’ firepower comes from Kobe and Gasol and most nights that is enough, but they will need two of these three players (Odom, Fisher and Artest) scoring in double figures to win the series.

The Celtics beat the Lakers two years ago because they were extremely physical. After winning a championship last year against Orlando, can the Lakers man up to the taunting physical shenanigans of Garnett and company?

Gasol has definitely gotten tougher and more confident, but without a healthy Bynum banging people around they could suffer. So it is vastly important that Bynum plays well despite the bad wheel.

Unfortunately for the Lakers, their toughest players are on the perimeter. This series will be won in the paint, so Odom again will be cast in the spotlight to get-double figure rebounds and challenge shots.

The Celtics are just a nasty physical bunch with Perkins, Wallace and Davis. It will be interesting to see what response Kobe gets from the aggressive interior of Boston when he attacks the rim.

The Lakers right now have the best flow as a basketball team. They have the best offensive system in basketball and the best offensive player ever in my estimation in Kobe Bryant. They solved the Phoenix Suns zone defense by doing what you are suppose to do and that is score over the top. The Celtics do not employ zone, but they will think about it if Kobe is still red-hot and charging.

The Celtics are beat up and aging all at once, but they still win games and find a way to overcome any obstacle. They were running smooth until they allowed Orlando to jump back in the series with two victories and that caused two key players (Davis and Wallace) to get hurt.

Listen, Phil Jackson is the best coach ever hands down. People complain that he has had the best players in the game and that’s why he won, but didn’t other coaches have these players too? I don’t buy it and I think he is a master of adjustment and his psychological warfare in a series is second to none.

Doc Rivers has beaten Phil in a championship series, so he has the psychological edge on the king of coaching. Rivers should walk into this series knowing that Phil has not beaten him and that he still has the most physical team again two years later. Rivers has become a vocal masterful motivator and that’s all he needs to do on this veteran-laden team. 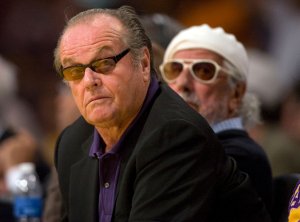 Boston gets the advantage clearly. The Lakers’ crowd is networking in the first 10 rows and that’s where the opposing players hear the most noise. Second, the lighting in Staples Center is conducive to a theatre setting rather than a sporting event.

The Celtics crowd is hostile and consistently in the game at all times. That has a tremendous effect on opposing teams and the Celtic fanatics are in rare form come playoff time.

This will be a great series because we have two teams playing for so many things surrounding the championship.

The Celtics have 17 titles and the Lakers have 15.

The Lakers have had the greatest players of all time – like Magic, Kareem, Elgin Baylor, Jerry West – and the Celtics have Larry Bird, Bill Russell, Sam Jones, Jo Jo White and John Havlicek. These players will be in their faces at times during this series and historical figures will remind both teams of how important this rivalry is.

Kobe and the Lakers were beaten up physically two years ago by this same Boston team and they want to prove their championship last year was no fluke.

The Celtics felt they would have repeated last year if Kevin Garnett had been healthy, so they want to prove the Lakers won by default against an inexperienced Orlando team and they should be trying to three-peat

Most importantly, because these two franchises do not like one another, we can expect some verbal and physical confrontations.

Kobe Bryant said this is a sexy matchup, but I disagree. I personally think it’s going to be brutal and downright ugly basketball for the most part. Fast breaks will be limited and I would be surprised if there’s more than 10 dunks combined in the series between both teams. I expect low-scoring games and bad shooting nights because both teams will pound the shot clock 18 to 22 seconds every possession.

But again, that’s what the people in Boston and Los Angeles want to see and Thursday night it will begin.

It will end in six games… with the Boston Celtics winning championship number 18.