A gift for the fans

A gift for the fans 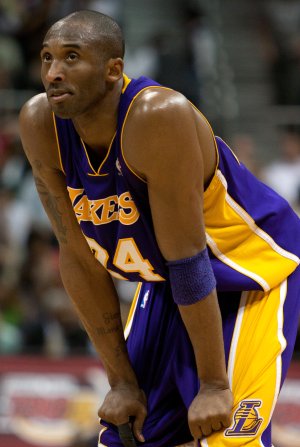 Once more, with feeling.

The great Laker-Celtic rivalry defined the NBA from the ‘50s and ‘60s when the Celtics made their name, walking on the Lakers, to the ‘80s when Larry Bird went East and Magic Johnson went West, taking the rivalry and the league to new heights after the ‘70s, supposedly the decade of the NBA after the Knicks won two titles, collapsed like a souffle.

With the Celtics given up for dead, this spring’s  12th renewal came like a gift from the gods, and barring further involvement by the gods, could be the last for a while or forever.

Happily, all involved are getting their money’s worth. It’s now 2-2 with the Celtics showing they’re not dead yet, the Lakers that aren’t Fakers and TV ratings ratcheting higher each game, heading for heights the NBA hasn’t posted in years.

And now, personality, too!

It’s like Burt Reynolds, playing a divorce who has to go back to dating, noting how weird he feels, and his date, Mary Kay Place, replying:

“Welcome back, honey, we sure can use you.”

It’s been a long time since the NBA had a classic Finals anyone cared about.

The Spurs and Pistons went seven in 2005 but failed the “anyone cared about” test, with routs in Games 1-4.

Michael Jordan’s last two Finals against Utah in 1997 and 1998 went six, but aside from having MJ, they were competitive, posting the two highest Finals TV ratings ever.

For truly classic Finals, you have to go all the way back to the Lakers coming from 3-2 behind to beat the Pistons in 1988, and the Celtic-Laker wars of 1984, when the Lakers led going into the last minute of Games 1-4, blew two and lost the series, and 1985, when the Celtics dropped the Memorial Day Massacre on the Lakers in the opener, before the Lakers came back to win in six, ending their Celtic Curse.

At this point, let’s just say it’s the closest the NBA has come in a while.

Every game has been a story all its own, like Game 4, when the Lakers went up by eight late in the second quarter and the Celtics, looking at going down, 3-1, roared back, even with their new Big Four scoring a total of 54 points while shooting 21-51.

I know what you’re thinking: If it wasn’t Pierce, KG, Allen or Rajon Rondo, who does that leave?

And Nate (the Self-Anointed Great) Robinson going for 12?

How about the second unit they didn’t have the last two seasons when they audtioned the aged (Sam Cassell) and crazed (Stephon Marbury), playing the first nine minutes of the fourth quarter against the Laker regulars, breaking open a tie game and handing an 85-77 lead to the starters with 2:50 left.

Of course, the Celtic reserves are wacko so Rasheed Wallace also got a T for his Bug-Eyed-Run-Around-the-Court number and Robinson got one for jumping into Lamar Odom’s face, or stomach, to taunt him.

“Unfortunately it's probably our most emotional group when you have Nate, Tony [Allen] and Rasheed on the floor at the same time,” said Coach Doc Rivers.

“So the techs happened. That's the only thing we didn't like. We have a no-fourth-quarter-tech rule, which was blown out of the water today.”

It also launched the debut of Nate and Baby in the interview room, instead of the professionally somber Pierce, Garnett and Allen.

If Baby doesn’t get Ts on the Sheed-Kendrick Perkins scale, he’s a 300-pound ham, too, apologizing, sort of, for striking a pose in front of a cameraman after scoring on a drive, all but drooling into the lens.

Robinson: “Slobber, yeah. I tried to wipe it.”

“Kids, don't do that. Have manners and things like that. Sorry about that. Did I catch you with some?”

As for the time Nate jumped on his back….

Robinson: “You didn't even notice. We were like Shrek and Donkey. You can't separate us.

Davis: “You shouldn't have let us two get up here.”

Actually, we’d like to have them after every game but real life intrudes.

In real life, the Celtic Big Three has been more like the Big Three Minus Two in this series, with KG struggling in Games 1-2; Allen, who saved them in Game 2, disappearing in Games 3-4, and Pierce doing OK at 17 points a game, even if it would be just 14 without his 11 in garbage time in Game 1.

So, you can see, the Celtics are up against it.

Of course, the Laker center, Andrew Bynum, is out there with a knee injury that will require surgery this summer, if not before.

The knee, which has swollen periodically, filled up again before Game 4. Taped tightly beneath his rubber brace, Andrew tried to go, tweaked it again and wound up playing only 12 minutes.

With the 7-0, 285-pound Bynum, the Lakers make the Celtics look like a bunch of physical gnomes.

On to Game 5 to see who, if anyone, survives,

Throw in two fan bases full of haters and a nation tuning in again after all these years, and what can we say but, thanks, gods!