Lockout? Send them all back to The Nuthouse

Lockout? Send them all back to The Nuthouse 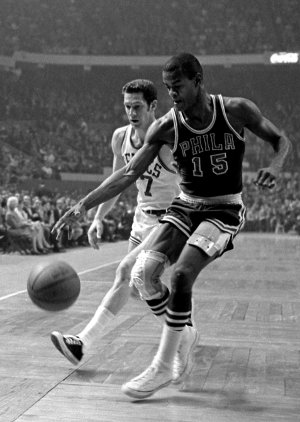 The NBA just produced a mesmerizing competitive clash between the Boston Celtics and Los Angeles Lakers in Game 7 of its championship series, The Finals.

Television ratings have soared and the league is once again basking in the global spotlight. But the warm and fuzzy glow of one of the sport’s grandest all-time events was accompanied by a worrisome rumbling thunder.

That thunder would be the talk of a lockout for the 2011-2012 season because the league’s owners and the players association face another battle over the labor contract.

If you listen closely, you’ll hear that just about everyone involved expects the owners to lock out the players as they fight over all the revenue produced by the NBA, from TV royalties and jersey sales to the $7 beers and the $20 parking charged for games. We won’t even mention ticket prices, which the Lakers promptly raised after their win over Boston for the title.

The league’s insiders expect the NBA to shut down for part and perhaps all of the 2012 season as the players and owners sort out their share of the billions the NBA rakes in each year.

You may recall that the two sides spent most of 1998 mired in the same kind of dispute that led to a lockout, then a shortened 1999 season. As the lockout dragged on that year, both sides, the players and the owners, appeared childish and greedy.

Unless they get a sudden transfusion of wisdom, the owners and players seem headed down that same path this time around too, even as the global economy struggles to recover from severe recession.

Back in 1946, the old Minneapolis Lakers used to practice in a community center on the city’s northwest side that was affectionately called “The Nuthouse.” That was good, recalled the late Jim Pollard, a Hall of Famer and star for those old Lakers, because back then you had to be a bit loony to play pro basketball.

With the lockout looming, you might argue that all of pro basketball has decided to once again inhabit the nuthouse.

As they prepare to re-enact this sad drama, I thought it might be nice to remind both sides where they came from and what the early pioneers of the game endured to keep it alive.

From the game’s early days in 1896, pro hoopsters have played with fearlessness. The first professional players in America were competitive, hard-driving men. After Dr. James Naismith invented basketball at a YMCA training school in late 1891, the sport spread rapidly through the YMCA’s network of clubs.

Many early pros had first played the game on YMCA teams and become quite good at it. The better they played, the more they wanted to play. This, in turn, led to conflicts with YMCA officials over the use of the gym. Basketballers wanted to play all the time. And when the YMCA said no, the players went elsewhere, to local armories or Masonic temples or hotel ballrooms. Any place would do, just so long as it had a high ceiling and decent lighting.

To pay for the building, the players had to charge admission, which meant they were no longer amateurs, a scandalous development to Victorian sensibilities. The important thing in the late 19th century was for athletes to be seen as pure competitors, not people involved in the corruption that money brought to the equation.

So pro basketballers, these guys playing for cash, were quickly labeled as outcasts. A YMCA official wrote in 1898 that “when men commence to make money out of sport it degenerates with tremendous speed. It has inevitably resulted in men of lower character going into the game.”

Addicted as they were, the early players paid this condescension little mind. While money was a motivation, it wasn’t the force that drove the first pros. Basketball was too risky a venture for that. Most who played and promoted it needed day jobs to get by.

Still, the pro game grew steadily, and within a few decades the very biggest stars could pull down $2,400 a year, about three times the earnings of the average laborer. Still, the vast majority of early players made little or nothing. And their game remained a lightly regarded pastime as leagues and franchises sprang to life across the Northeast United States, sputtered briefly, then died.

The surviving teams were mostly barnstormers who traveled about the country playing against local clubs. These early pros saw basketball as it was played in every region, and they incorporated the best ideas into their styles. They developed quick, short passing offenses and ran them off the post, an innovation that quickly found its way to the college game. Joe Lapchick, an early pro who later coached St. John’s and the New York Knickerbockers, described this snappy passing style as “making the ball sing.”

The first pro club, The Trenton New Jersey Basketball Team, formed in 1896. They wore velvet shorts with tights and played their home games at the local Masonic temple.

After a few games, the team manager, a carpenter named Fred Padderatz, strung chicken wire around the Masonic temple court to keep the ball in play. Supposedly, Padderatz built it in response to an editorial comment in the Trenton Daily True American that “the fellows play like monkeys and should be put in a cage.”

Within a few seasons the “cage” was the standard for pro games, although college coaches sneered at it. From Padderatz’s chicken wire there developed a system of rope and wire cages draped about the court, some strung 15 to 20 feet high for keeping the ball in play. Thus basketball came to be known as the “cage game” and its players the “cagers.”

The cage frequently resulted in wicked injuries and burns as players hurled themselves against it going after loose balls. Fans were said to be fond of poking knitting needles, lighted cigarettes, and other prods through the netting. In some Pennsylvania mining towns, spectators took to heating nails and tossing them onto opponents shooting free throws.

Soon other YMCA teams sought to match Trenton’s success, which brought the rapid spread of “cager” teams throughout New England, New York, Pennsylvania and New Jersey. Unlike the college game, which disdained the continuous dribble, early pro rules allowed players to take a series of two-handed, single-bounce dribbles. As a result, the game had a rough nature, what you might call “the original ugly,” with broad, hulking men dominating the ball up and down the floor, forcing their way near the goal to score. Head-on collisions were numerous, particularly in the small gyms of the era, many of which presented other obstacles, such as hot stoves, steam pipes, and even posts in the middle of the floor supporting the roof. (Legend has it that the posts in middle of the Trenton YMCA floor led the original idea of “post” play.)

The “cage” game died in the 1920s, but pro basketball steamed on, as a series of leagues rose and fell. Any stability came from the great teams: Harlem’s Renaissance Big Five, an all-black team better known as the Rens; the Original Celtics, a New York club that garnered wide attention; and the Philadelphia SPHAs, the South Philadelphia Hebrew Association team run by Eddie Gottlieb. Despite the inconsistency of the leagues, these teams survived because they barnstormed, playing as many as 200 games per season.

By the early 1930s, some basketball promoters found they could attract a decent crowd if they combined the games with a dance afterward, the only problem being that sometimes the “fans” were more interested in the dance. It wasn’t unusual to have women in heels interrupt play with an inadvertent stroll across the floor. Back then, the game was played in three periods. The pros would play a period: then the fans would dance awhile. Then the pros would play another period. A popular venue was the old Broadwood Hotel in Philadelphia, a nightspot for Jewish singles, where the SPHAs played.

“The floor was slick, a lot of dance wax on it,” recalled Robert “Jake” Embry, owner of the old Baltimore Bullets. “The players were used to sliding and shooting. They’d dribble, slide about five feet, and shoot.”

During the late 1930s and ’40s, pro basketball organized itself around the Chicago Herald American tournament. Each year, all the country’s good pro teams, regardless of what league they played in, would meet in Chicago to settle who was best. Known simply as the “world tournament,” the competition helped build public interest in the game. It was the place where the great early black teams, the Rens, the Washington Bears, the Harlem Globetrotters, were free to take on the all-white clubs, with the best men winning.

But, as fascinating as it was, the tournament couldn’t do much to make pro basketball a stable business or change the lot of the average player. Like the pros in Trenton a half-century earlier, the teams of the 1940s still sported fancy uniforms (the rave was satin). Yet the day-to-day life of the players was a bit ragged. Training methods were minimal. At home, the teams usually employed a trainer of sorts, “but on the road, each guy took a roll of tape with him,” said George Senesky, who played in the forties. “You knew how to tape your own ankles.”

And as nice as the jerseys looked, there was no such thing as a clean road uniform. “You couldn’t wash them; they had to be dry-cleaned,” Senesky said. “On the jerseys, you could see the salt marks on them after a while. You had to hang it up in your room after the games so it would dry out. There was no equipment manager. You were responsible. But nobody complained about it. We were so glad to have the opportunity, so glad to be there.”

Which makes you wonder why.

But as Les Harrison, owner/coach of the Rochester Royals, used to say, “This is still better than carrying a lunch bucket every day.”

Out of an average $3,000 salary, a player would take home about $2,000. “A lot of us always thought it was going to get better the next year,” George Senesky once explained to me. “The best ticket was $2.50, and 50 cents of that was tax. The owners weren’t making money either.”

It’s too bad that today’s players can’t spend a season washing their own uniforms and taping their own ankles and riding the cold trains and touring cars that pro players of the past used to travel in.

It’s also a shame that today’s owners don’t have to struggle to pay their bills like the owners of the past did. It’s too bad they don’t have to have day jobs just to help keep their teams alive.

If they did, then both sides might hustle to end their dispute and realize that the game of basketball is a golden heritage, one that requires they honor it, not disrespect it by holding the rest of us hostage with their money-grubbing attitudes.