Lockout? I have solutions

Lockout? I have solutions 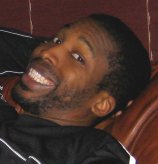 My name has changed back to Gabriel. I grew up and it was always “Gabriel.” No one in my house called me “Gabe.” Quite frankly, I’ve always hated being called that. My mother and I would thank you to address me as Gabriel. Why do I even bring that up? It is actually the best thing about being an engineer. They call me Gabriel in the office. Off shore they call me, “the big tall engineer ” but at least they don’t say Gabe.

Other than that, it is extremely fulfilling to be able to say I have become what I actually planned to become. On the other side of the coin, being a rookie again sucks. Yes, I have a lot of oil-company-in-West-African attributes. But experience, and only that, is what is regarded in this game. Tell you what… I won’t bore any of you with it. Let’s get down to the blogging business and that sweet thing we call basketball.

Beautifully, dry to the bone, basketball. Let’s not fake it, the market sucks. Especially overseas right? NBA? Not so much. They’re still spilling the cheese and the owners are still in the red. Huh? Did I say red? I am conceding, I’m NBA dumb and not a financial guy. Finance is a game I let my wife play. I can’t help but think it is an utterly satanic game I simply participate in because it buys food.

Mark 12: 14-17. I always read this verse and thought I knew what it meant. Since the recession, I have a feeling He meant, “Hahahaha….no, no, no, no. This is a game The Father has no part of and I don’t want any part of this diabolical game either.”

The only question I have is… How did the salary cap go up and the NBA owners claim they lost $370 million last year? Wouldn’t it stand to reason if you lost money last year and the banks are giving less, the salary cap (what you spend) would go down? Again, I repeat, I am NBA dumb so I am just asking. Enlighten me, sith lord.

I suppose the teams will be using a lot of rookies and young guys in their first contract to get the job done. This might just make the basketball we watch beautiful again. Because right now… Ewww. If it wasn’t for LeBron and Kobe‘s escapades (BTW… Kobe. Just Kobe) would NBA ratings surpass that of Family Guy? I think not, mon frere.

The new financial situation may be good for basketball. Yes, it will be bad for the prima donna superstars that are getting way more than what they are worth (cough… J$&… cough… Joh&%$n) but good for the fans. Say what you will, role players set the stage for the mental, spiritual and physical juggernauts to perform their magic. Unfortunately, we might never get a chance to watch it with a lockout looming. It sucks for those marginal players turned superstar due to the system, but I’m gonna say it: The owners are right.

You ain’t that good and at times your game teeters closer to suckery that great. Wait. Hang me not… The players are also right: Why shouldn’t a star, the reason the owners make their money, share more in the cake? I can solve the problem.

– Each NBA team can franchise three players (A, B, C level). Their level can change and be re-assigned each year they are on the roster. Those players have no salary cap as long as the respective player occupies that franchise spot for the years he is franchised. The standard rules and salary cap, mid-level exception and luxury tax goes as usual for the rest of the roster. However, the bonuses for the other 12 guys must be approved by an appropriate third party at which point the amount paid for bonuses of great play, would not count against the salary cap. So if a guy signs for the minimum and contributes an unexpected 8 points, 5 rebounds and 1 steal in 16 minutes a game, he’d get a couple of million and only the minimum would be counted against the cap. Again you’d set up a third party approving these bonuses so Miami couldn’t give Juwan Howard a $5 million for standing up and clapping every time LeBron takes a charge.

I could be way off. I just figured incentives for good, team play work for football. Why not basketball? So in other words, “If you’re a freak of nature that sells tickets because you exist, you share in the owner’s insane, limitless profits and get paid for your parents’ DNA. Congratulations. The rest of you “above average” basketball players… If you hid behind hype to get here fine, get some above-average money. But if you suck, that’s all you get and it’ll be short lived. If you actually play a role well and even exceed expectations, you get limitless kwon.”

Players union… You may cut and paste.

Anything to make the game beautiful again. Shades of Kobe remind me of Michael. The wave is balanced and wanting crest. I see it coming. I’m just desperate to be inspired by the kind of play I saw during Bulls v. Jazz Game 6 1998 Finals. True, I was spoiled. I still believe, however, it can be replicated. Maybe, just maybe, out of the crisis something beneficial may arise. Sorry for sounding like a Transformer movie voice over. I’m kinda in the fan mind frame.

I thought about entering the abyss and getting into the player mind frame and comment/analyze to the basic molecule the underlying insinuations of Dan Gilbert‘s rant on LeBron… But no. Just one comment. If LeBron was unsure of his decision, he was reassured after the reaction of all those that didn’t get him. That decision said, “I am going to enjoy my life however I see fit. Bury the rest.”

I knock you not, homeboy.

Can I go to the first Miami Heat beach party ya’ll throw. I’d come out of retirement for that and a free jersey.