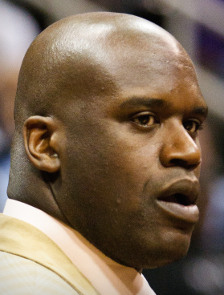 Shaquille O’Neal has come to a place where mere mortals only lie. Age catches up with you very quickly in sports and the once dominant big man is being humbled by the lack of universal love reserved for superstar basketball players.

Teams are still intrigued with his ability to clog up lanes defensively and the potential to get them to the bonus early in quarters, but they are worried about the other facets of his game and, most importantly, the personality they will encounter.

Shaq is a dominant personality and when a coach has that in his locker room, he knows that individual can sway thinking and cause a negative cloud that could destroy his ability to coach.

O’Neal has always been the center of attention regardless of where he is. That sits well with teams because it brings media and corporate attention. But if Shaq still believes his ability to enhance off-court sales must translate into a huge role on the court, that’s where problems start. Probably that’s why teams are afraid to become more aggressive in their pursuit.

Shaq is a generous and tremendous teammate, but basketball players are fueled by minutes and opportunities to showcase their skills. Not being allowed to do so will create sour feelings.

I was in that position a few times at the end of my career and it is extremely stressful if you are a proud and committed basketball player. It is hard when someone tells you that you can’t get it done, especially when your brain is saying you still can.

We can look back on last season and admire how Shaq blended in with LeBron James and the Cavaliers, but I also sensed Mike Brown was hesitant to pull him out of games when it was obvious he needed Zydrunas Ilgauskas or JJ Hickson on the floor to open up lanes for LeBron to attack the rim.

I definitely believe coaches around the league saw the same thing and that is what scares them about having Shaq on their team.

There are only a few coaches and GMs in the NBA that can look Shaq in the face and demand he accept a role or else: Phil Jackson, Gregg Popovich, Larry Brown and Pat Riley (from his front office catbird seat).

Unfortunately they are not in tremendous need of his services and for many reasons are hesitant to make that commitment.

Superstars don’t play past their prime for a reason… They do not want to be looked at as normal. Pride is something that they have a hard time shedding and although the brain says “I’m still viable for 30-plus minutes”, the body is showing something completely different.

Tracy McGrady might have hurt his chances of signing with the Bulls when he commented that he would fight for a starting spot. That sends a negative signal to a coach that probably has other plans for a player on the downside of his career.

For a young team with a rookie head coach like Atlanta, signing Shaq could become a dicey situation if he becomes a malcontent because he is sitting in the fourth quarter and Al Horford is playing center.

– First, he must not pull a McGrady and talk like he is going to lead in regards to production on the floor. They only want him to add whatever he can in 20-25 minutes at most.

– Second, he must talk about leadership and how he will tutor Horford and Josh Smith on becoming better all-around players.

– Thirdly, he must mention how he will become involved in the Hawks’ efforts to improve corporate involvement and fan support.

Those unfortunately are the things teams want to hear when you are an old superstar. When I got old in the league, I just shut up and tried not to be noticed. It was extremely hard for me, so I really know how humbling it has to be for one the greatest players in the history of the NBA.