Mickael Pietrus: "If it wasn't for Keith Smart, I'd be in Europe right now"

Mickael Pietrus: "If it wasn't for Keith Smart, I'd be in Europe right now" 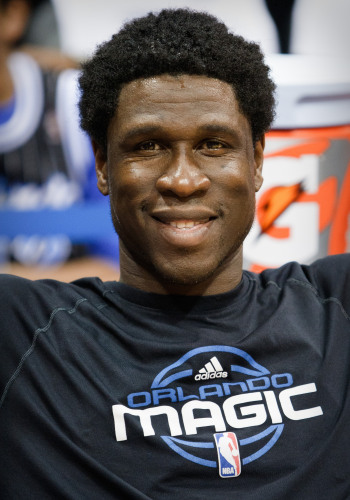 You’ve been to China the last couple of summers. How’s been the experience?

Mickael Pietrus: It has been a great experience been to China and getting connected with fans. You know, they are big fans of the NBA. I was in China to promote my sponsor Peak. It was a great experience and that’s something I wish I’ll do every year.

You and a few other players have signed with Chinese shoe companies recently. Are the offers that good that you are passing on Nike, adidas and other big brands?

MP: I think that a lot of NBA players are signing with companies from China because China is such a great market for everybody. Kevin Garnett and other big stars are going to China and I think that’s one of the best things.

You were with Jason Richardson there, right?

MP: Yeah, I was with Jason, who is also with Peak. I think Peak has an All-Star team in the NBA. If we could all be teammates, I think we could make the playoffs in the NBA (laughs).

How do you feel the Magic did this offseason?

MP: Our offseason was a little quiet, but our goal is still to win the championship. I think we got two key players in Q-Richardson and Chris Duhon. I think that was what we were looking for – a backup point guard and a two guards. Even though the Miami Heat have the Big Three and Boston has a great team, with this team I think we can win the NBA championship. And I think we are going to do it.

At times the last couple of years, people in Orlando were complaining about the lack of respect you were getting around the NBA. Don’t you think it’s going to get worse this season with Miami making this big splash in free agency?

MP: I think Miami is the great attraction right now, but you have to keep working hard, stay together and just make sure at the end of the day we got a ring… It’s going to be funny this year in the NBA because there are a lot of teams that want to win the championship. I’m very excited about it and my team too.

Do you think you’re in better position now to win the championship than you were the last couple of seasons?

MP: The last two years, we have made a great impact in the NBA. We went to the NBA Finals and the Eastern finals. Our goal right now is to win it all. And that’s it!

You met with your coach Stan Van Gundy in Paris a few weeks ago. What was the meeting about?

MP: Oh, we talked about the upcoming season. But to me, it wasn’t just about coach and player. To me, it was like showing coach my personality, because the only thing he sees in me is just the player. He told me he wanted to meet me and I was going to be one of the most important players in the Magic team. He came up, we talk, I showed him around Paris and how I live my life outside basketball.

Did you talk about you getting the starting spot?

MP: To me, it doesn’t matter if I come off the bench or I start. The most important thing for me is to finish the game.

When you entered the NBA, what kind of expectations did you have for yourself?

MP: When I first came in the NBA, I just wanted to adjust myself to America – the English, the way they played… The fact that I have played streetball in Guadeloupe really helped me and it also helped having a coach like Keith Smart of the Warriors, who wanted to take me under his shoulder and showed me the way to play the game.

Keith Smart the assistant was more important for you than Don Nelson, your head coach?

MP: Yes, I think he’s the most important for me in my entire career. He kept calling me in the playoffs and I told him that I don’t know how to thank him. Every time I go to play the Warriors, I give him a big hug because if it wasn’t for him, I’d be in Europe right now. 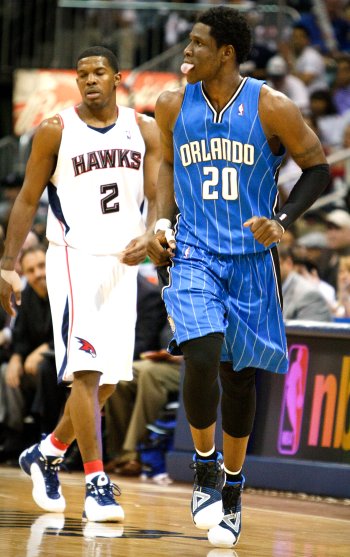 You’re mostly known as a defensive player. Do you like having that type of reputation or would you rather be known as most of a scorer?

Which player is the toughest to guard for you?

Is he tougher to guard than LeBron, in your opinion?

MP: LeBron is a great player. But I think I still go for Kobe Bryant, who is the best player in the NBA and the toughest player to guard in the world. But LeBron, Carmelo Anthony, Dwyane Wade… All of them are great players.

I want to ask you about your brother. Is there any chance we see your brother Florent in the NBA soon?

MP: I would love to see him in the NBA, maybe with the Magic. He has something that NBA teams really need, which is hard work and defense. I think he really can help any team that wants to win the NBA championship.

There was a rumor that Charlotte was interested in him last year. Was there any truth to that?

MP: I think that coach Larry Brown would love him. I can’t wait for him to call him and finally see my brother in the NBA.

What do you expect France will do at the Worlds?

MP: It’s going to be really hard because a lot of us are hurt or not playing – like Tony Parker, myself, Joakim Noah… For them, it’s going to be about playing the game, enjoy it, have fun and try to win as many games as possible. Once we get back, all of us, we are going to be one unit and we’ll try to win everything.

Was it just health that you passed on playing for the National Team this season?