Finally a chance to hit back

Finally a chance to hit back 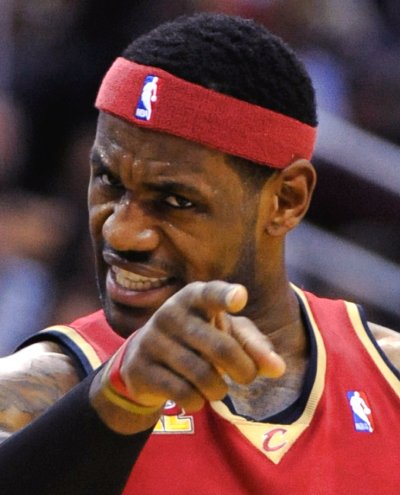 We all have our pet peeves about certain things. I can’t stand talking to robots on the phone and I would rather have a baggage handler check my luggage at the airport, but times are changing and we have no choice in those matters.

I am OK with some things like buying my goods without leaving the house on the Internet, pumping my own gas and at times checking out of the grocery store in the self-pay lane.

The one thing that has become a constant in all of these changes is that people are losing jobs and that is not good for anyone trying to make a living in this world.

I had another pet peeve as an amateur and professional athlete that I had no control over for 25 years… That was how the print media judged my abilities as a basketball player from a macro and game-to-game basis.

I can’t tell you how many times I would just scream at the thought of someone who never played the game informing millions of people about my abilities on the court and I couldn’t fight back because they had the power of the pen and the audience.

The print media has had a great advantage for a lot of years in regards to how they report sports, especially how we would play individually from game to game. I can’t tell you how many times reporters have been cursed at or ignored because they held a certain view of a player. The problem with a player, coach, GM or owner reacting this way is that it usually led to the reporter pushing buttons even more to irritate the individual.

The other problem that exists is the print media has a strong brotherhood, so even if you would like to retort to an article you objected to, it was extremely difficult to find someone that you could truly trust that would contradict what his peer wrote about your abilities.

So all you could do was sulk and get extremely irritated about people reading and taking to heart what someone you view as not experienced enough wrote when describing your talents on the basketball court.

Players in today’s sports are starting to fight back. And that is sending a message to every news source that change in how we will report the news to fans is imminent.

For example, no matter what I did on the basketball court defensively I was always viewed by media as a non-defender. So if James Worthy had an off night and I was guarding him, he just shot the ball poorly. If Worthy had a great offensive game, well, then it was par for the course because I was a terrible defender.

I could get 5 steals, 6 assists and get 10 rebounds, but shoot 3 for 10 and I had a bad game whereas Bruce Bowen would be labeled the hero if that was his line.

The reason I make this analogy is because athletes view some reporters as gatherers of information instead of people with the ability to formulate a description of the game without the perceived label leading them through the story.

I am not saying that every reporter is not knowledgeable. We have some very good reporters who have put in the work and stand out and are trusted by players.

The problem that exists is there are many more athletes than those reporters that stand out. I understand also that competition among news sources promote lightning-quick decisions, which undoubtedly leads to reporting something negative.

For example, a few years ago a reporter at my hometown newspaper changed a story because he wanted an ex NBA player with my name to be me.

Or just the other day, after hearing Emmitt Smith give one of the best speeches the NFL Hall of Fame has ever witnessed, we had some reporters writing that they were surprised because Emmitt struggled with his analyst role at ESPN. On the happiest night of his post career, a few reporters still have to find a negative in something that was extremely moving and positive.

LeBron James was the lead news story every day for two months before he announced his decision and when he did it on national television he was torn to shreds by the same people who reported every move he made up until then. The problem with James’ decision was that he was going to be ridiculed regardless of where he decided to go and those reporters not in the city he chose were ready to attack.

If you wonder why Twitter and Facebook are the choices of athletes today, I think you now understand why.

This new way of communicating has without a doubt struck a chord in the journalist world. Why call a top-of-the-line reporter with breaking news if you are Shaquille O’Neal and you have over three million subscribers to your Twitter account. That is more than most newspapers in this country. Shaq can tweet a message and it will probably hit over 10 million Twitter accounts within minutes.

This new direct way of communicating allows the athlete to fight back immediately with comments concerning their careers and performances in a particular game. Players now have a forum to send retorts to any comment made about them within minutes and guarantee it reaches the very people who support and cheer for them.

I wish I had a Twitter account a few years ago when a reporter said I was in Florida committing a crime when I was actually in Hawaii sipping a Mai Tai.

This ability to respond to comments or accusations made by reporters will definitely eliminate the ones who rely on the negative. This will force them to do thorough homework before reporting and not use the cowardly unidentified source outlet to validate a story.

Reporters are an endangered species and I suspect the attitude of doing a story about a superstar without deep investigation will wither away, because if it does not I would not be surprised to see players calling the King of Twitter, Shaq, and asking him to be their news source.