Ersan Ilyasova: "We have one of the best coaches in Scott Skiles"

Ersan Ilyasova: "We have one of the best coaches in Scott Skiles" 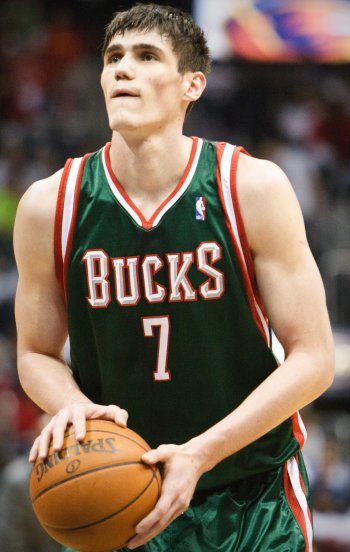 The Turkish team struggled a little bit in the games leading up to the World Championship. Are you surprised that you’re doing so well now?

Ersan Ilyasova: Not really. This year it’s the World Championship and we’re playing it here in front of our fans. We’re playing really good basketball and not individual basketball. All the pieces are together. Today we have one of the toughest games and everybody knows that. We have to step up and win the game.

How do you feel about your performance so far?

EI: I’m just trying to do my best. It’s a special tournament for me because it’s the World Championship and it’s in my country, so I’m trying to give 100 percent… Pushing the ball, making the extra plays. Just being aggressive.

What would be a success for Turkey here at the World Championship?

What do you think about the offseason the Bucks have had?

EI: Last year we had a very good year. We made the playoffs and almost beat the Atlanta Hawks, but this year we have added new guys – especially Maggette and Drew Gooden. We’ll have new faces, but we have one of the best coaches in Scott Skiles and I think we will figure out to make all the pieces together and make the playoffs. And who knows? Maybe we go to the second round or third round. This year is going to be exciting.

Don’t you think all these new players could mess with the chemistry a little bit?

EI: At the beginning, maybe a little bit. After that, when we know each other, I think we will figure it out.

Do you feel like your minutes could be threatened since they’ve added several guys that can play at your position?

EI: Not really. It’s finally the coach’s decision who he feels comfortable putting on the floor. When he puts me on the floor, I’m just going to give 100 percent.

Who was the main responsible for the team’s success last year? Anybody in particular?

EI: Our coach did a good job of putting the pieces together, especially considering we were such a young team. Brandon Jennings just got to us last year. Everybody played great, in special our bench. Our bench is one of the best in the NBA right now.

How was playing with Brandon Jennings? Seems like he’s quite a character.

EI: He got a good experience playing with Rome in Europe and knows how to run a team. He’s an exciting player. First year he plays in the NBA and all of a sudden he scores 55 points in a game, which set the record for rookies. He’s a really good guy.

You played one year in the NBA, then went back to Europe and then you returned to Milwaukee. How’s been your second run in the NBA compared to the first one?

Was signing with Barcelona a good career move for you?

EI: It was a very nice move from me and my agent, just to move me to Europe. There I got such a good experience. Before, I was lost and I was so young… And there I got a lot of experience that helped me for my second time in the NBA. 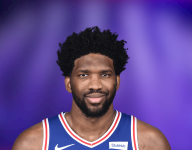 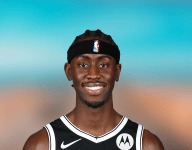