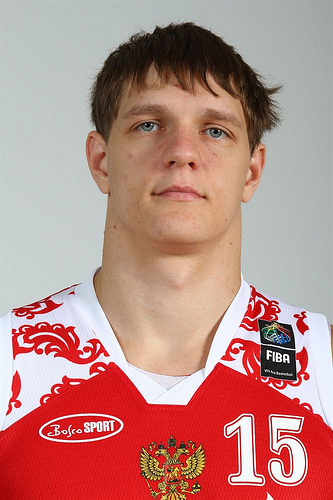 Did you have offers from other NBA teams outside New York?

Timofey Mozgov: I had some offers from other teams, but (me and my agent) decided to take the best in our opinion.

Which were the other teams that made offers?

TM: I prefer just to talk about New York, not the other teams.

Why was the Knicks’ offer the best?

TM: Because there’s a very good coach in New York and I like how New York plays.

Have you spoken with Mike D’Antoni?

TM: Yes. I went to dinner with him and he’s a good guy in my opinion. I don’t know how he’s going to be on the court, but he’s tough. He told me “Please, don’t be lazy” and that if I work hard I will play for sure.

Are you excited to play in New York?

TM: It’s two sides. On one side, for sure I’m excited because New York is New York. It’s not a village. It’s a big city. On other side, it’s a big dirty city (laughs). So it’s two sides.

Do you feel you can get distracted in a city like New York?

TM: My girlfriend will help. She promised she will help me a lot.

Would you rather win a ring with the Knicks or a gold medal at the Worlds with Russia?

TM: It’s a difficult question because the NBA is the best league in the world. But here at the World Championship… I prefer both: the medal and the ring.