The Age of Aquarius

The Age of Aquarius 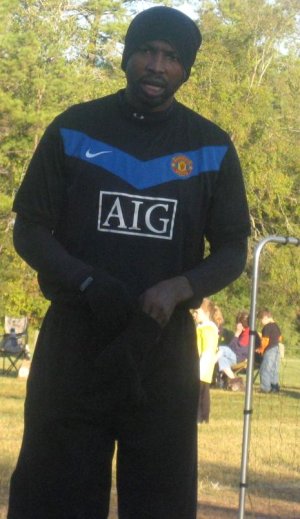 Quite often you hear about those that preach that everything happens for a reason. But do those people that preach that really believe it? I mean, really believe it. I don’t preach it but yes, I do believe it. However, believing such on some imaginary astro-plane is a simplification of the authentic, which ends up taking you away from reality. If it is approached the other way around… Being an initial firm grasp on the genuine, at that point one can fly to any planet one wants. To be put simply: First accept the real, then dream. Not viceversa.

The Butterfly Effect stands. I had a family member married recently to a woman whose maiden name literally translated means, “Wealth cannot bury death.” Great name. But the understood translation means, “Everything of this world has an end.” Usually, my translation abilities in the cultures I have studied or been a part of, are really good. In this case it took me a bit longer. He got engaged to her right around the time I was deciding whether or not to retire.

At the time, I didn’t want to retire but hearing her last name and translating it helped to assist my decision. I was standing in my house December 2009 and told myself, “No matter what happens, I’m not playing anymore.” At the time it didn’t make much sense. I was only 31 and I had zero physical limitations. Yes the market sucked but I could still make more than a majority of Americans’ yearly salary playing in Afghanistan (not really Afghanistan, but not far from it) for two months for goodness’ sake! However, for me I had to force myself to end it when most wouldn’t have and that young lady’s now maiden name made it much easier.

The thing I see today is the opportunity given when an end is accepted and not forced is the opportunity to begin something else. I remember when I came out of college, if you played overseas, it made you some sort of a pariah in the basketball world.

You laugh but that was exactly the mentality and actually how perception would be openly demonstrated. If you played in the NBA but sucked, everybody acted like you were actually good. If you played overseas but were good, everybody acted like you sucked. It has changed a lot today but I can give you tons of examples in my younger days that proved the aforementioned. Anyone remember Tito Maddox?

I remember being in a gym when the Rockets drafted him and Melvin Hunt sat there in front of every pro you could think of (many had some sort of domicile in Houston) saying how great Tito Maddox was and was going to be. Every dude in there just stared at him. Some guys even laughed. But he had a contract, so eventually everyone just accepted the elephant in the room was now an ant.

How about David Vanterpool? Do any of you know how long he was good before he played in the NBA? Years! They say, “Playing overseas made him so much better.” Bull. He was always good. But after playing pick up with MJ, MJ said, “Man he’s good,” and the lemmings flocked. Tierre Brown. They made fun of him everyday because he went to a small school (McNeese State, I believe) and was trying to get in the NBA. Yet he was always good. The second he was called up from the D-league, now everyone said, “Wow, he’s really good.”

These magical transitions happened overnight not over time. I’ve seen better magic in basketball than anything David Blaine ever did.

It’s all an illusion. Don’t get me wrong… It’s an awesome illusion and an extremely enjoyable one. But an illusion nonetheless. Do you have any idea how much I enjoyed free food on the Pistons’ plane? Or how much I enjoyed Club Bed in Miami when I walked in there as a Piston (however brief)? Miami plus NBA illusion plus well… Miami equals Yeah beer! (You’ve never done it… So there.)

The problem arises when one doesn’t accept that it is simply a dream that will end. I never thought I’d see Allen Iverson in Turkey. I never thought I’d see Shaq looking like Kareem playing into his 40’s. As a kid from Ann Arbor watching my Pistons in the late 80’s, I always wondered how can I be 40 playing a sport? Even at that young age, I said: Impossible. When I watched Kevin Johnson dismantle the NBA for about six straight years and then abrubtly retire at 32, he became one of my heros right then. I think I was in high school then. But even then I told myself, “This sports illusion is not forever.”

I still get the question about why I stopped basketball to be an engineer. I just laugh and say, “My dad always wanted a doctor, military man or an engineer as a son, so I picked the easiest one.” They look at me with such a perplexed look, you just know they have never experienced sports on that level.

I have numerous friends that are feeling the pinch of the end of an age and simply cut the limb off so they stop feeling that annoying pinch. I promise I don’t say this with any enjoyment but the same guys that bought a 100K watch in 2000, can’t buy a boost cell phone today. Not because they are not capable of fending for themselves but because the illusion still controls them. The money will come. Someone will sign me. If I can just get one more $5 million contract, I’m good. It’s depressing.

So I literally avoid everything that is basketball. I even dread when my son wants me to go shoot with him. It’s just unbearable.

HoopsHype.com just popped in my head today in the early morning not because of basketball but because Jorge Sierra is my boy! Jorge… Que pasa tio? Everyone should subscribe to Chinese TV and European TV and you can see many stars from the classes of ’93 all the way to even 2006 play beautiful non-sense. I’ve already got my subscription and I’ll pick the beautiful game.

Cheers everybody. Liverpool plays Chelsea and ManU plays the Wolves in Old Trafford. No need to watch La Liga. I can save you the time… Barça wins, Real flops at the end.