What to do with Greg Oden?

What to do with Greg Oden? 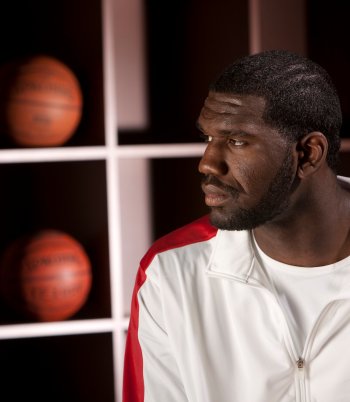 With news that supposed franchise center Greg Oden is lost for the 2010-2011 NBA season before he had a chance to set foot on the court, the Portland Trail Blazers are faced with a brutal decision: Is it time to cut bait on a player who arrived in Portland with the most promise and hype in franchise history?

The smartest play, of course, is the patient one. By the end of this season Oden will have had more than six months to recover from his latest microfracture surgery, which took place Friday, ample time to assess his progress.

Of course, the obvious logic of waiting to make a decision didn’t stop Blazers president Larry Miller from opening contract negotiations in public last week, stating that he believed Oden is worth an $8.8 million qualifying offer. Miller’s qualifying offer statement felt like an attempt to show support for Oden, a player he has mentored in recent years, after the team spent far more time defending its much-maligned medical staff than standing by Oden during its Wednesday press conference to announce the surgery.

Blazers general manager Rich Cho had it right this week, refusing to publicly commit to Oden’s future in Portland, making most of his comments off-the-record while expressing a vague sense of public support for Oden during his recovery process.

There’s no guarantee that Oden would accept Portland’s qualifying offer if extended, and there’s no guarantee that, when push comes to shove, Portland, who is straddling the luxury tax line and has failed to turn a profit for years as a franchise, will actually decide Oden is worth $8.8 million. Even an internal corporate communication memo that was made public last week was oblique on Oden’s future in Portland, stating “we can’t be certain” that Oden will return to the court.

That Portland’s two most important executives weren’t on the same page this week is troubling indeed.

The political dynamic between the Blazers in Portland and Seattle-based Vulcan, Inc., Blazers owner Paul Allen‘s management company, has been so muddled and confusing that the Blazers took the unusual step of adding the phrase “Miller reports directly to owner Paul Allen,” to Miller’s media guide biography, as if to retroactively (or preemptively?) address questions about his influence. Without a doubt, Miller has amassed power and influence over the last 12 months. The question: How much is too much?

Miller’s public statements about Oden make you feel for Cho, who has a clearly established and well explicated philosophy of suppressing sentimentality and emotion to make difficult decisions in an analytical manner. And the risk/reward assessment on Oden, at this point, clearly suggests the Blazers should cut ties with him.

Not only is Oden attempting to battle back from a procedure that has a relatively low success rate – for the second time – the hardware in Oden’s left knee inserted during his patella fracture surgery has already caused him tendonitis and led to an extended rehabilitation.

Oden was expected to miss six months due to his fractured patella; it had been almost 11 months since he suffered the injury, and Oden was still without a fixed recovery timetable. In reality, he’s looking at dual rehabilitations, in the same knee, going forward. To add insult to the injuries, Blazers trainer Jay Jensen described Oden’s cartilage defect that necessitated this microfracture surgery as a “nine iron divot.”

That’s a lot of risk in one knee alone.

In addition to his knees, Oden has an extensive injury history that dates back to his days at Ohio State University (and before), and has openly battled issues with depression and drinking during his time in Portland.

That combination makes any observer with a pulse feel immense sympathy for him, but it also raises the risk from Portland’s side.

On top of those concerns, Oden carries a heavy price tag, is in a challenging salary negotiation position this summer, will have plenty of suitors willing to take a chance on a traditional big man, and has no meaningful reason to stay in Portland if given the choice.

Indeed, he has every reason to bolt Portland, where expectations and criticism are enormous and magnified in the small-market fishbowl. Even if Portland extended the qualifying offer and Oden accepted, he could leave the following year as an unrestricted free agent. That’s an additional risk that has to be added into the calculus.

Complicating matters further is the uncertain status of All-Star guard Brandon Roy. Roy is the team’s true franchise player, but ongoing pain in his left knee has decreased his productivity and caused him to miss time this season.

With the franchise’s foundation on such shaky ground, flexibility and consistent production are at a premium. That’s why iron men LaMarcus Aldridge and Andre Miller have been the team’s two most important pieces over the last 12 months, and why the trade and subsequent contract extension for veteran center Marcus Camby was so pivotal.

Looking forward, though, Andre Miller’s best days are behind him, Camby cannot indefinitely sustain the playing time he’s seen recently, and the Blazers will have a difficult decision in deciding what to do with center Joel Przybilla, who is expected back on the court this week after an extended rehabilitation from his own pair of knee surgeries.

Camby is good for this year and likely one more, Przybilla may have a few years left in a best case scenario, but both are simply stopgaps if the franchise is serious about its goals of playoff success and competing for a title.

Signing Oden to a qualifying offer serves as a huge anchor on the team’s salary cap flexibility until his return to the court and, potentially, would mean the team would have to part with Przybilla, a long-time fan favorite, team leader and productive player. The Blazers need to address their center position, and they need to do it now. Pursuing Oden simply doesn’t accomplish that objective, and it would hinder other rebuilding efforts.

Putting aside the risk/reward scenarios and thinking instead in a macro sense, though, this also comes down to identity.

Do the Blazers, and new general manager Rich Cho, want to continue to be the team that’s waiting in purgatory for Oden to return and magically decide their fate? Or, do they want to explore all options, including trading his injury-insured expiring contract prior to the trade deadline, in an attempt to get better now and increase their salary cap flexibility. Paying Oden to rehabilitate has not proven to be a winning strategy in the past, and there’s no reason to believe it will be a winning strategy in the near-term future.

While there’s a chance Oden can return to have a productive NBA career in Portland, the odds are longer than the Blazers should feel comfortable with. It’s time to move on, release the burden of Oden, and the burden on Oden. Getting to work on life without Oden, unfortunately, is the best chance Portland has to salvage a promising era of Blazers basketball. 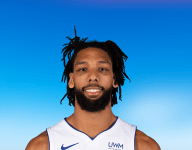