My apologies to San Antonio

My apologies to San Antonio 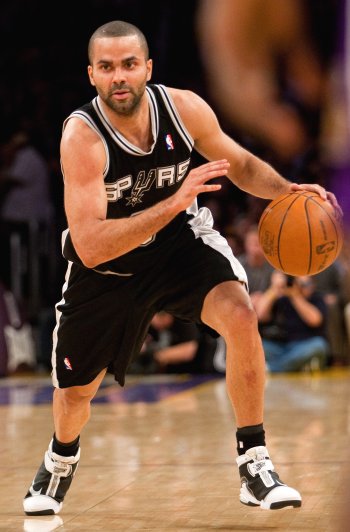 After the Suns embarrassed San Antonio last year, it was assumed by anyone watching that the Spurs were done. I personally thought they were old and not actually confident enough to continue with the core of Manu Ginobili, Tony Parker and Tim Duncan.

What I should have surmised was that the Spurs just faced a team that quite frankly had their number and finally figured out a way to beat them. I should have never questioned their age and desire and for that I apologize to the Spurs and their fans.

Championship teams never give up and when they are whooped and stepped on, they take note and come back with a vengeance. I am impressed with everything that I have seen from the Spurs so far (13-1) and I don’t expect this tremendous run to go away and here are a few reasons why…

This was the most important thing coming into the season and as a whole the Spurs obviously committed themselves during the summer in regards to health and conditioning.

Tony Parker and Manu Ginobli already look in mid-season form. These two have taken the reins from Tim Duncan and right now they are the best one-two punch in the NBA from the backcourt.

Ginobili is getting to the basket at a relentless pace and shooting 46.7 percent, which is above his career average. Parker is back to being the best guard in the league when it comes to penetrating the lane, scoring and shooting a high percentage. Both players are trusting teammates, distributing the ball and they are third in the league in assists as a team because of it.

The offseason dedication is pretty obvious and along with refocusing commitment has the Spurs first in line in the Lakers’ rear-view mirror in front of the Thunder, Mavericks and the Hornets.

Although quiet and unassuming, Duncan is a tremendous leader. Tim is by far the most unselfish top-notch offensive player I have ever seen. He honestly could care less about points and star treatment and again I give David Robinson all the glory for this trait. Robinson took a back seat to Duncan and now he is allowing Ginobli and Parker to set the tone every night.

The decision by Duncan and head coach Gregg Popovich to play less than 30 minutes a game will have him fresh and ready to dominate come playoff time. Despite fewer minutes, he is still the best interior defender on the ball in basketball and still grabs close to 10 rebounds and blocks two shots.

I have a pet peeve when it comes to offensive-minded players admitting that they are struggling in a new offensive system. When you sign up for the NBA, you should automatically know teams, coaches and teammates will change and with that comes different philosophies.

Jefferson looked out of sorts and disconnected last year and mainly because he convinced himself he was a fourth or fifth wheel when he could have actually soared to the top offensively for the Spurs last year because of their health issues.

I applaud Richard for staying in Texas this year and working with the Spurs’ coaching staff and we are seeing huge dividends. I can honestly say if we want to look at one solid reason why the Spurs are 12-1, it’s Jefferson. He is the game changer and defender the Spurs have not had since Sean Elliott.

Jefferson’s 32.7 minutes and 15.9 points a game have allowed Popovich to rest Duncan, Ginobili and Parker for longer periods, which has been huge. 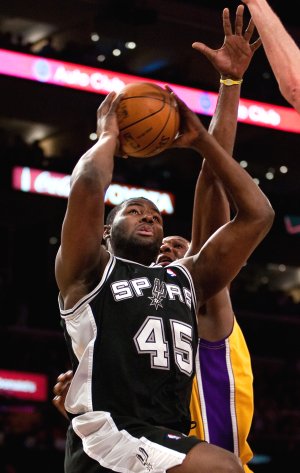 Blair will never be a dominant power forward, but he will carve up 10-plus seasons because he attacks rebounds with a ferocity that balances Duncan. He is a second-possession machine and that is why he has had 14 straight starts.

The hardest part for any coaching staff, especially championship-pedigree teams, is trusting inexperienced players and having a longer leash than usual. I was amazed to see three bench players averaging around 20 minutes a game and three rookies playing about 14 mpg.

George Hill, Matt Bonner and Antonio McDyess have all been starters a time or two, but now Popovich has settled on a rotation and it has been extremely consistent.

The one problem that I have had with the Spurs throughout their championship runs has been the excessive whining and wanting to get an explanation for every call against them.

Duncan was at the forefront of it all. The rule change (not allowing confrontations with officials) helps the Spurs focus more on the present and future instead of the past.

I know the prevailing question is, can the Spurs keep up this tremendous run? I say they can… if the young players continue to play solid basketball. If they do, the Spurs are right back in line as the No. 1 option to avoid a Lakers’ three-peat.