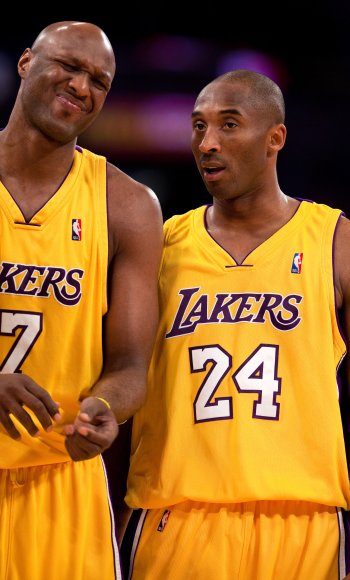 Here in Lakerdom, everyone knows better than to get excited at their faves’ nod-offs, flame-outs, et al. since that’s what the Lakers do during the regular season.

You think four losses in a row after a 13-2 start is bad?

Try starting 31-6 two seasons ago, coasting in from there… while the onrushing Cavaliers beat them out for best record… then, incredibly, coasting through the first two rounds, leading to their infamous Game 4 mail-in in Houston with ESPN’s Jeff Van Gundy ranting, “What are they thinking about? What do they care about?”

Try rolling and tumbling last season’s stretch with Andrew Bynum out, and Kobe Bryant grinding away on his knee trying to carry the team until he had to leave too… then trying to put it back together with both players returning and young Thunder players whizzing by them in the first round.

It was 2-2 after the Thunder bombed them, 110-89 in Game 4 in Oklahoma City, with Kobe looking like he had had the course, taking 12 shots, scoring 15 points… and getting accused of “pouting” in the Los Angeles press.

Of course, the Lakers then finished off the Thunder in six, the Jazz in four, the Suns in six and the Celtics, even if it took seven games and an improbable rally, to win their second title in a row.

So, a four-game losing streak in December… Big wow.

Laker fans, who are as crazed as anyone else’s even if they can’t afford to attend games with the movie stars, agents, studio heads, etcetera, don’t even do the 72-win thing any more.

Remember last season when Laker and Celtic players predicted their teams would win 72?

(Well, at least Lamar Odom, who’s nice enough to give the press what it yearns for, and Rasheed Wallace, who was big on predictions, said it.)

The Lakers missed by 15, but at least came closer than the Celtics who missed by 22.

That’s so over here.

Local talk show host Steve Mason, who sponsored annual 72-win forums if they got off to good starts… i.e., won the opener… said he wasn’t even tempted at 13-2, a 71-win pace.

Four losses later, the Lakers are on a 56-win pace, although no one is running wild in the streets.

First of all, people don’t run wild in streets here, or, mercifully, not lately.

When ESPN was doing its show on the FIFA World Cup selection, it showed a crowd of Londoners bundled up against the cold with London Bridge in the background.

The best ESPN could do for a reaction shot in Los Angeles, another of the candidates, was a sports bar.

So, this means nothing, right?

Hey, losing is losing, especially in the – surprise! – newly invigorated Western Conference, which doesn’t look like it’s going to lay down and let the Lakers walk on it, as it has for two seasons.

We think this could be the best Laker team since the heyday of Shaq and Kobe, with Steve Blake and Matt Barnes giving them a real bench with veterans and outside shooters, even without Odom who’s starting until Bynum gets back.

With a healthy Bynum, this team might blow away all the recent Laker teams and the present Celtic, Magic, Heat, Spur, Maverick, Jazz, Hornet and Thunder teams…

Of course, we’ve been saying that for three years now.

Bynum delayed offseason knee surgery to attend the World Cup in South Africa (as did Bryant), although the Lakers were so mellow about it, Coach Phil Jackson said he was the one who advised Andrew to make the trip.

Unfortunately, Bynum’s projected return by Thanksgiving turned into December 1… then to December 14.

Meanwhile, with backup center Theo Ratliff going out, Jackson was down to a lone “big” reserve – rookie Derrick Caracter, who’s rounder than he is tall (6-8¼ in stocking feet at the pre-draft camp.)

Seeking a Jake Voskuhl-type to throw in for 10 minutes, Jackson was told Jerry Buss didn’t want to pay $35,000 a week on a prorated $1 million veteran’s minimum, times two with luxury tax, for a grand total of $70,000.

So, after noting the toll all Pau Gasol’s minutes were taking, Jackson kept throwing him out for more.

Their best player up to then when he averaged 27 points, Pau dropped to 14 in the next five games, averaging 43 minutes.

Worse, in Houston where he played 39 and scored eight in their fourth loss in a row, he said one of his hamstrings was tight.

That’s what Dwyane Wade said before trying to play on his in Miami’s exhibition opener, before pulling it missing the rest of the preseason and and suffering more injuries since.

So, yeah, there could be real consequences if Gasol has more issues than fatigue, or Bynum isn’t back soon, or isn’t effective, or he or someone else gets hurt yet again.

Having just moved his target date back to December 14, Bynum moved it back up to December 8, after scrimmaging four-on-four and looking and feeling good.

So we have to wait and see, as we always do.

On the other hand, think how happy the Heat would be to have the Lakers’ problems. 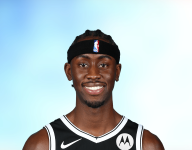