Looking to recapture the Magic

Looking to recapture the Magic 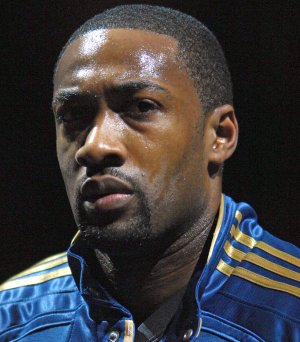 The Orlando Magic have turned their roster upside down, attempting to appease a superstar in the prime of his career, but one who could bolt the team soon if he doesn’t like the direction.

Remember last year when Cleveland acquired two-time All-Star Antawn Jamison in a three-team deal with Washington and the Los Angeles Clippers, looking for the final piece to put the Cavaliers’ over the championship hump. And doing anything possible to keep LeBron James happy.

We know how this one worked out.

Jamison struggled to mesh with James. Then the Cavs were bounced from the playoffs in the second round by Boston. And of course James departed for warmer weather and presumably a better shot at a championship in Miami.

Now the Magic are attempting to build a championship team around Dwight Howard, with the intention of making the All-Star center happy and not willing to make a James-like exit.

Howard has a player option after the 2011-2012 season. So the clock is ticking for Orlando.

Like the Cavs, the Magic have tried in the past to put surrounding players around Howard, but it just wasn’t working out.

The Magic were 16-9 before making their two blockbuster trades with Phoenix and Washington and even the most astute NBA follower can’t say for sure whether it will work.

In for Orlando are guards Jason Richardson and Earl Clark and forward Hedo Turkoglu from Phoenix along with guard Gilbert Arenas from Washington.

Out are guard Vince Carter, center Marcin Gortat, swingman Mickael Pietrus and a 2011 first round pick to Phoenix, along with forward Rashard Lewis to Washington.

Since the Magic are all-in, this is not a deal where the financial parameters matter much. The Magic will be over the cap for quite some time.

This is all about contending for an NBA title this season and in 2011-2012, showing Howard that he shouldn’t the same path out of town that Shaquille O’Neal once traveled.

So this all comes down to one simple question – are the Magic better?

It appears the Magic have improved, but can this unit give the Celtics, Heat and possibly the Bulls a run in the Eastern Conference?

One thing is for sure – if Howard is going to again be named the NBA’s Defensive Player of the Year, then he will have earned it.

Not that the Magic were giving away all-NBA caliber defenders in players like Carter and Lewis, but Arenas, Richardson and Turkoglu have never been hailed for their work on the defensive end.

The Magic have been allowing about 92 points per game before the trade, but Howard has been able to cover up for a lot of the inequities. He’ll have to do more of the same with his new teammates.

One can see the Magic employing three guards at times – Jameer Nelson teaming with Richardson and Arenas.

Richardson is in the final year of his contract and was playing the best among the players Orlando acquired.

He can be a sniper from beyond the arc and has great finishing skills, although like many of the newcomers, isn’t considered a prime defender.

Richardson is obviously an upgrade over Carter, who never meshed well in Orlando. Remember, bringing in Carter was supposed to be the move that put the Magic over the top.

Even with that upgrade of Richardson, a key to the trade is Arenas. Orlando rolled the dice on him on two fronts – his quirky attitude and his knee.

Everybody knows about Arenas’ legal woes of the past, the suspension for the gun incident last year in Washington.

That aside, it’s Arenas the player who draws some questions.

Since then, he had appeared in a total of 68 games at the time of the trade.

This year Arenas was averaging 17.3 points while shooting just 39.4 percent from the field.

Could Arenas accept a subordinate role?

The best role for Arenas would be as a scorer off the bench capable of providing instant offense, a modern-day Vinnie Johnson.

Fewer minutes could still result in just as many points if Arenas buys into it. Yet what will happen the first time he is sitting in crunch time, when the Magic needs a defensive stop and coach Stan Van Gundy prefers not to look in his direction?

And then there is Turkoglu, another obvious key.

He was unhappy during his one year in Toronto and his disposition didn’t change during his few months in Phoenix. And neither did his production.

Everybody has lauded Turkoglu for his exemplary play in the 2009 playoffs when Orlando reached the NBA finals.

And there is no question, he had some monster performances, including that 25-point effort (3 of 4 from beyond the arc) during a Game 7 victory over Boston in the Eastern Conference semifinals.

Yet even that postseason there were nine playoff games in which he shot under 35 percent from the field. 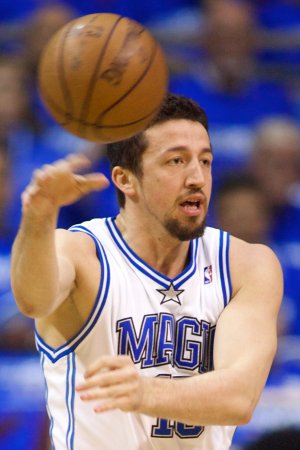 When Turkoglu isn’t shooting well, the rest of his game often suffers.

One has to wonder why he played so poorly after departing Orlando. There is no guarantee that he will return to form and even if he does, his previous form contained a wildly inconsistent streak.

And now the trades put an even more importance to the role of Brandon Bass, who will have to help Howard with much of the rebounding load.

Orlando has suddenly become a team of Howard, Bass and a bunch of wing players. So the least those new players can do is provide some needed offense.

The newcomers should make Orlando a better offensive team and likely a better team overall.

At this point the only way the Magic would be able to surpass the likes of Boston and Miami is if the newcomers buy into their roles, realize that they aren’t the players they were even a few years ago and bury their egos for the best of the team.