Love for the game will heal Yao and Oden

Love for the game will heal Yao and Oden 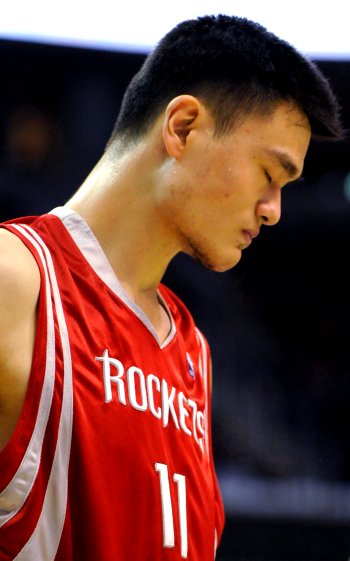 Yao Ming’s career might have ended last week when these chilling words were released by the Houston Rockets: “Done for the season.” Those four words can apply to any athlete at any given time and that is why you enjoy and respect every minute you play the game you love.

If you don’t play this game at a high level, you can’t understand the mental deflation Yao Ming and Greg Oden are going through. These two big men had the world at their feet in terms of popularity and expectations. The hardest thing to digest is they did everything to prepare and control it, but still are let down.

I read comments on blogs after the announcements by the Rockets and Blazers. “Well, at least they made a lot of money,” some people said. Those are people that can’t understand the word Love.

When you play sports and are fortunate and blessed enough to make it to the professional ranks, it is all about love for the game and nothing else.

When you lose something you love, it hurts to the core regardless of what it is and I repeat these two individuals are in love with their craft. Money is only a small part of the equation.

If someone told me when I was in my prime and loving my sport that I possibly could not play it again, I would have been devastated.

Because that’s all Yao and Oden have done since they could pick up a ball. That’s what made them the happiest and that’s where they could escape from the constant attention – not from just being professional basketball players, but freaks of nature.

When you are tall, you can’t hide when in public and so the constant barrage of comments and questions are triple what a guy like me went through when it comes to the silly questions… How tall are you? Do you play basketball? How’s the weather up there?

Those questions dig deep under the skin of tall individuals and now. Not being able to escape from it all and perform your craft tears at you.

Imagine getting on an elevator packed to the core and someone barks out, “How tall are you?” and “Boy, I hope you play basketball.” This happens to me maybe 3 out of 10 confrontations with people in an elevator or crowded room. Now imagine when a 7-foot-5 individual walks in.

I know Yao stated after the announcement that people should not feel sorry for him and that was admirable, but I know he is hurting inside because I love this game and he can’t fool me. 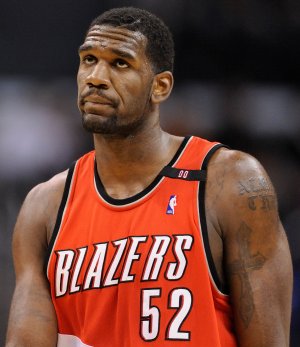 He and Oden quite possibly may have lost the one escape that gave them a reason why they were blessed and fortunate to be so tall and agile.

Basketball is a brutal sport when it comes to your body. You are asked to push it to limits that, quite frankly, at times are mind-boggling.

There were times when I got up in the morning and had no idea how I could play that night. Whether it was knee, back, elbow oe ankle, something always hurt when I played an 82-game season.

When I tell people I played 18 years professionally, they are amazed. But what they don’t know is how I was able to do it. I loved my craft and just like getting up and hugging the wife and kids while knowing they complete you. Basketball completes individuals like Yao Ming and Greg Oden.

That is why I am cheering for them as I am for Michael Redd, Tracy McGrady and Shaun Livingston – along with any other player battling back from injury.

I know what it’s like to go to rehab five hours, six days a week and hurt like heck to get back to the love of your life.

The process is not simple and it is far from easy, but it is rewarding. Just go ask my hero Grant Hill. Hill is the poster child for what it means to love your career. I just watched him guard the best scorer in the league, Kevin Durant, for 37 minutes. He scored 30 points and grabbed 11 rebounds, while throwing his 38-year-old body around getting to the charity stripe for 14 free throw attempts.

This coming from a player that was all but considered done midway through his career and now he is arguably one the fastest players from baseline to baseline in the NBA.

We have seen some great players that were not as fortunate as Hill. Bill Walton, Penny Hardaway, Danny Manning come to mind, but Zydrunas Ilgauskas has carved out a solid career despite serious foot problems early in his career, so let’s all hope Yao and Oden will do the same.