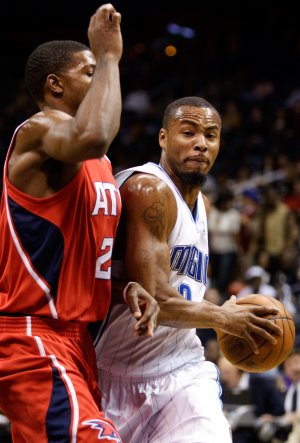 the NBA season has gotten off to a tremendous start with many surprises, there have been many disappointments. I made my list with the biggest ones. The players I list are usually expected to play vital roles and in some cases they are putting up good stats… But I am looking for more.

There are some pretty good players that are not on this list that have not reached expectations. Kevin Durant is not playing at the MVP level we expected, Gerald Wallace is not showing the consistency we saw last year for the Bobcats and Pau Gasol is disappointing me because he’s still relenting to Kobe Bryant by not demanding the ball.

But I had to choose 10 and here they are…

I was fortunate to always be the opposite alternative to a player I was backing up. I was a scorer and guys I played behind guys like Terry Tyler, Ty Corbin and Derrick McKey, who were defensive minded and fit as starters. So I knew that if I played at the top of my game offensively and battling defensively, I would win out and stay in the game for big minutes. Dragic does not have that luxury because he is a poor man’s Steve Nash. He offers the same type of skills but not at Nash’s level, so he is caught in a give-it-to-me-now or suffer-minute-wise scenario. Dragic is 10th on the Suns’ list because he has not figured out the “opposite” thought process.

He needs to become a defensive stopper in the backcourt to allow Alvin Gentry to feel comfortable leaving him on the floor despite struggling offensively. Everybody was watching last year in Game 3 of the Western Conference semifinals against San Antonio when Dragic scored 26 points and 23 of them came in the fourth quarter. The ability is there and becoming mentally stronger and giving the “opposite” might turn his season around.

I probably will get beaten up for listing a player that has missed 10 games and probably might not play again this season because of tremendously bad knees. His 16 ppg and 39 percent shooting is not even a factor because I played at times on bad knees and it totally takes your game away. I am calling out Roy for bad leadership in public. His constant whining about Andre Miller, who by the way never misses games and is the consummate professional, just bothers me. In my Top 25 ranking a few years ago I mentioned that Roy needs the ball and that Blazer players stood and watched while he dribbled down the shot clock.

I emphatically said he could not and would not be comfortable playing off the ball with Miller at point guard. Blazer fans ripped me and said it was not true. Well, I don’t expect apologies but I can say I told you so. Roy should have been taking the higher road as the face of the franchise and exerting leadership instead of publicly complaining about a great competitor like Miller.

I watched Turner the other night pull off a Steve Nash impersonation and I had the same expression as his coach Doug Collins… Where have you been? He only had one assist in 30 minutes, but still controlled the game with his ability to get hockey assists by moving the ball. When he looked at the rim, he had supreme confidence. I personally thought he was the best all-around player in the draft despite the freakish athletic ability of John Wall. I also know he is playing for an old-school coach. And most of them despise rookies. But he has to toughen up and start to play with the confidence I saw in their victory over Phoenix. I guarantee Collins will reward a very good young player with great minutes. 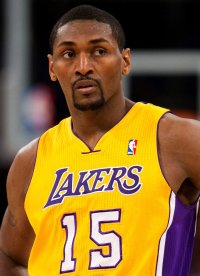 Will someone tell Ron Artest that the season has started and the personal appearances and celebrations are over? I said last year he was the MVP of Game 7 and without his defense and big shot the Celtics would have won the title. But Ron… It’s over and the Lakers are waiting for you to get back to work. Three rebounds a contest and inconsistent toughness on the defensive end is what I am seeing. Kobe is laboring and Artest needs to ramp up his game offensively and defensively or the Lakers will not make it to a fourth consecutive Finals trip. That is how importantArtest is to the fortunes of the Lakers.

Johnson is not only one of my favorite players in the league, he is also one of my favorite people. The Atlanta Hawks will not make it to the second round of the playoffs this year like they did under Mike Woodson if Johnson is not carrying them. The early injury and the surprising decision by new coach Larry Drew to change an offense that was consistently at the top of the league the last few years has contributed to Johnson’s poor shooting and inconsistent scoring. There is an old adage among great offensive players: They never run from bad shooting nights and hide from the ball at crunch time. Josh Smith and Al Horford are terrific all-around players, but they are not crunch-time performers who can create their own shots and that’s why Johnson has to forget about what it used to be like and adjust despite the mistake of taking the ball out of his hands.

Collison is at No. 5 because we expect a lot from a player that almost was the reason the New Orleans Hornets were contemplating trading one of our best players in the NBA – Chris Paul. When Paul went down last year with injury, Collison stepped right in and the Hornets were still the same exciting team offensively when Paul left. I am not seeing the same player now. I will admit that the change of teams and having a coach that believes in Collison’s backup TJ Ford has made it a little more difficult, but I still expect more assists and better leadership. Those are the things he got first hand in practice from watching and competing Paul.

When I saw this guy at the UConn, I said, “Wow, there is some potential.” He was 7-foot-3, 267 lbs and extremely athletic. I became more enamored with him when I saw a Sports Illustrated article and read some of his quotes. He talked about how confident he was and that he felt like no one could score on him. Hmmm…  Will someone tell me where that guy is now? I truly believe I could go get more than 1.3 rebounds in 9 minutes per contest. I just wrote an article about how love is what gets you to the league, but once you get there things do happen that could destroy the love. Thabeet at this rate could be out of the league in a year or so. I know Lionel Hollins very well and I know for a fact if he can’t motivate Thabeet nobody will. I hope he gets it together because he could be extremely dominating defensively if he turns it around.

When Jennings scored that double nickel (55 points) against Golden State last year, everyone was raving about what a mistake every team made by not choosing him and how Jennings would fast become one the best guards and draft choices ever. I will not deny that I was impressed with how he came on the scene, but when I watched more of him I could not erase the vision of that sling shot release on his shot and the bad shot attempts I saw in transition when he should have been setting up teammates. He is shooting 39 percent while leading his team in field goal attempts. He is a shoot-first, pass-second point guard and because of it solid players like John Salmons (37 percent), Corey Magette (39 percent), Drew Gooden (43 percent) and Andrew Bogut (49 percent) are shooting poorly. I am surprised because his coach Scott Skiles was a pass-first, shoot-second player who once had 30 assists in a game.

There is a reason why I consider Steve Nash the second best point guard ever at making teammates better (behind Magic Johnson) – he raises their production level. Jennings has to start attempting to do the same if Milwaukee wants to turn its season around.

I remember feeling sorry 12 years ago for a young man who traveled to New York for the NBA draft and saw team after team passing on him until the Seattle SuperSonics took him with the 32nd overall pick. Well, 12 years later Lewis had Magic GM Otis Smith crying every night wondering why a guy he signed for $100-plus million refuses to venture into the paint. Now Lewis is a Wizard and really needs to repair his approach to the game. He has taken 329 shot attempts and 139 of them are from three-point range. What made Lewis a hot commodity out of Seattle was his ability to mix it up with a variety of shot attempts whether it was driving, posting or taking a mid-range shot. He might argue that playing with Dwight Howard made him soft and I see how that can happen. In Washington, they will need more all-around production. 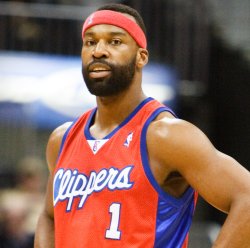 I take this pick personal because I know absolutely without a doubt that Davis talent wise is one of the Top 5 point guards in the league. With the talent level the Clippers have this year, I thought Davis would finally get in shape and reach his potential. I will agree that injuries at times have held him back, but in the same instance those injuries would quite possibly be non-existent if he stayed in shape. A 38 percent field goal average – to go along with 18 percent from three – is about tired legs and poor mechanics brought on by poor training habits. Davis should be averaging 10 assists by accident with Blake Griffin and Eric Gordon pouring in 20 points every night, but maybe there is hope. He has played better lately (8.6 assists in a five-game stretch), but it still is not enough.