The curious case of the Los Angeles Lakers

The curious case of the Los Angeles Lakers 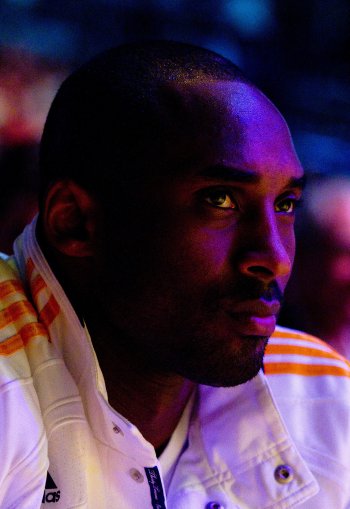 Hardly anyone would relate it to Kobe Bryant, long known for his vaunted work ethic as the star of the Los Angeles Lakers.

Yet it appears to be that Bryant’s practice schedule, or lack thereof, has seeded the Lakers’ recent dysfunction, marked by a run of blowout losses as the team struggles on a journey to win its third straight league title.

The trouble began innocently enough with Bryant’s offseason knee surgery, but it soon metasticized into a complicated and unarticulated team dissension that apparently left coach Phil Jackson more than a bit flummoxed.

The coach and player agreed that due to the surgery and Bryant’s years of competing so hard, the star should carry a reduced load this season.

In Jackson’s mind, that meant curbing Bryant’s minutes on the floor during the regular season games.

In Bryant’s mind, that meant he wouldn’t practice much, or at all.

And so he didn’t. According to sources, Bryant spent the first months of the season lifting weights and shooting but doing no actual practicing with the team.

“Phil was surprised that Kobe wasn’t practicing,” explained an observer.

Surprised as he was, Jackson said nothing to Bryant because the highly successful coach would never actually stoop to that. “Phil’s not gonna ask anybody to do anything,” the observer said. “Phil prides himself on never having a confrontation.”

Understanding this is key to understanding longtime assistant Tex Winter’s role in Jackson’s coaching organization. Winter never hesitated to do the dirty work of saying what needed to be said to any player, superstars and role players alike.

But Winter has been silenced since a 2009 stroke, which has left a void in the sort of heavy lifting he did for Jackson.

The Lakers’ current coaching staff has long been lauded for their expertise but none among the group would ever venture into the middle of such an issue, the kind of action that Winter seemed to relish.

After all, who would dare to ask Bryant, the ultimate NBA work monster, about his plans for practice?

Besides, Bryant is aging and coming off knee surgery. Nobody is going to know his body better than Bryant himself. He’s certainly earned whatever elite practice status he wants to assume.

Still, an outsider can see how this issue, innocent as it is, could begin to undermine the Lakers’ group mind-set. 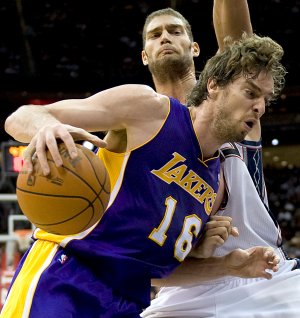 There’s center/power forward Pau Gasol, known for his many qualities as a person and player. Yet the one thing perhaps he’s not known for is the burning drive and desire that has made Bryant who he is.

With Andrew Bynum out injured for the first months of the season, the Lakers had to lean heavily on Gasol to play extended minutes. Yet even as they were leaning on him, both Jackson and Bryant felt it necessary to chide Gasol, who has some tendency toward softness.

Jackson and Bryant chose to push Gasol because they wanted him to be tougher for the playoff test should the Lakers again meet the Boston Celtics and their deep, physical frontcourt for the NBA championship this June.

“Plus Phil played Pau longer minutes to make him man up,” said the observer. “Phil and Kobe are trying to make Pau more determined.”

It is also understandable that a resentment began to build in Gasol. He’s playing heavy minutes, Kobe’s not practicing, and Jackson’s giving him a bag of bull through the media.

Bryant’s lack of participation in practice also figured to have some effect on forward Ron Artest, who himself has long had a tremendous work ethic and appreciation for practice. Artest also worships Bryant, so the situation adds somewhat to the confusion and adjustment for the mercurial defensive forward.

Perhaps the biggest effect of Bryant’s sitting out practices was felt by newly acquired backup point guard Steve Blake. He’s supposed to adjust to the Lakers and to learn the execution of their intricate triangle offense without the benefit of working with Bryant in practice? He’s supposed to know Bryant’s quirks without floor time in practice?

Still, it all might have passed without notice had the Lakers not had a terrible holidays.

Bryant had warned his teammates “not to fuck up Christmas,” to take care of business in their holiday games. However, the Lakers played poorly and were blown out by the Milwaukee Bucks at home before their Christmas day embarrassment against the Miami Heat.

The salt in the wound, the frosting on the cake, so to speak, came after that loss to the Heat when Bryant announced to the media that he was going to kick his teammates’ butts in practice.

The comment did not go over well with certain Lakers, especially Gasol, according to the observer.

The good news is that Bryant has resumed practicing with the team, but with 15 January games on the schedule, time is limited for the Lakers.

There are other issues. Some observers feel that Bryant has been less than stellar defensively as he makes his way back from knee surgery. That may have irked some of his teammates.

Regardless, the Lakers appear to be moving past these disturbances, so all’s well that ends well.

However, one thing has come out of the situation. Jackson has apparently mused that when he leaves the Lakers, perhaps his best replacement would be Bryant as a player/coach, just as Red Auerbach employed Bill Russell as a player/coach of the Boston Celtics at the end of his career from 1967 to 1969.

Jackson apparently commented that Bryant would love to coach the team and he’d be “really good at it.”

Of course, there’s the little issue that player/coach arrangements are apparently no longer allowed in the NBA.

However, these are days of adjustent for the NBA. Who knows it may be willing to accommodate Kobe Bryant?

After all, Russell hated to practice, refused to do it at the end of his career. And he was right. It made no sense to add to the mileage on his aching body.

This is just one of the many lessons the Lakers are learning on their rare journey to legendary multiple championships — it’s best to keep the resentment to a minimum.

The Bill Russells and Kobe Bryants of the world not only have earned their elite status, they also need it to keep reaching for more.