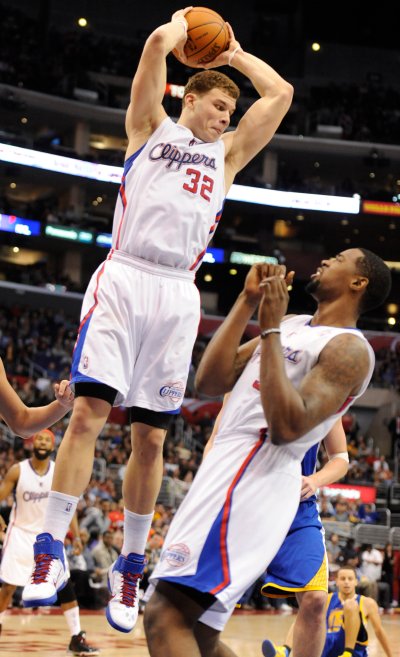 At least Chris Bosh was honest.

As he awaited official word about his All-Star status, the Heat forward was asked whether winning should play a role in who gets picked for the game.

“If you were to ask me a year ago, I might have a different answer for you,” Bosh said, smiling.

Actually, last season, his Raptors were 29-23 at the All-Star break. The season before, they were 21-34. Bosh made it both times, as Toronto’s primary star. And he made it again this season, as the third option on a 35-14 Heat squad. So he’s been on both sides of the argument that has raged this season, certainly to a greater extent than in any recent one.

Should the record of a player’s team factor into his All-Star chances?

What the selections show, especially out West, is that the voting coaches weren’t quite sure.

In the East, it was clear: Winning counted. That was the cut and dried criteria for making the cut.

Rajon Rondo is leading the NBA in assist average. Kevin Garnett anchors the Celtics’ defense. Ray Allen is shooting 50.8 percent from the field overall, including 45.8 percent from three. Bosh’s shots are down, but his efficiency is in line with what he produced in Toronto, and his coach, Erik Spoelstra, has referred to him as “our most important player,” a point at least partly proven when the Heat struggled with offensive flow in his absence. Joe Johnson returned from injury and retook his role as Atlanta’s primary option, while Al Horford has shot 56.7 percent while producing steady stat-lines (16.7 points, 9.9 rebounds, even 3.6 assists).

In fact, in seeking subs, there was no point searching south of the sixth seed, and the coaches didn’t. There’s no one especially deserving on Milwaukee (not with Andrew Bogut battling injury), Indiana (not with Danny Granger’s numbers down), Philadelphia, New Jersey, Charlotte, Detroit, Washington or Cleveland.

Some of the rotation players on the latter three teams hardly belong in the D-League All-Star game on Saturday night.

In fact, the only other legitimate East candidates come from the teams already represented – the Knicks’ Raymond Felton, the Hawks’ Josh Smith and the Bulls’ Carlos Boozer and Luol Deng. Boozer has higher point and rebound averages than either Bosh or Horford, but missed 18 games. Deng leads the Bulls in minutes, and has been invaluable for his versatility, but he’s averaging fewer points (17.8 vs. 19.1) and shooting a lower percentage (45.4 vs. 51.2) than Pierce.

So it appears that the coaches got the East right.

And, when it came to the West, they got confused.

And they stopped being coherent or consistent.

It complicated matters that nine teams, rather than six, stood over .500 as of Thursday morning. Four of those teams had All-Star starters – the Lakers, Hornets, Nuggets and Thunder. That left five decent teams without representation, with seven spots to fill, at least until David Stern picked a replacement for injured starter Yao Ming. If the coaches had applied the same winning-above-all approach that they took in the East, the seven could have come from the top seven teams, all 29-21 or better:

They even could have made a case, if wanting to shrink the selection base further and needing another frontcourt player, to exclude seventh-place Utah and take either Tyson Chandler from Dallas or Lamar Odom from the Lakers or even Nenê from the sixth-place Nuggets.

Rather, they succumbed to the Blake Griffin buzz. And they created an exception that rendered all rules irrelevant.

It’s hard to blame them. Griffin is not only a YouTube dunking sensation, but an emerging multi-faceted monster (23.0 points, 12.7 rebounds) whose city happens to be hosting the All-Star Game. His numbers dwarf those of every power forward in the game other than Amare Stoudemire (who’s actually playing more center for New York), including five (Duncan, Bosh, Garnett, Gasol and undersized center Al Horford) in the game. As a player, he certainly belongs. As a sensation, he’s hard to skip.

But taking Griffin, and passing on Parker among the seven mentioned above, gave life to the arguments of several other West standouts – those who might not be more deserving than Griffin, but certainly had a case against Gasol. With the parameters set by the East voting – winning first – Gasol would certainly warrant a spot, with higher point and rebound averages than Bosh or Horford.

Not necessarily. Not after Kobe Bryant and Phil Jackson have called him out for lack of effort and aggression.

Not over these four, anyway: 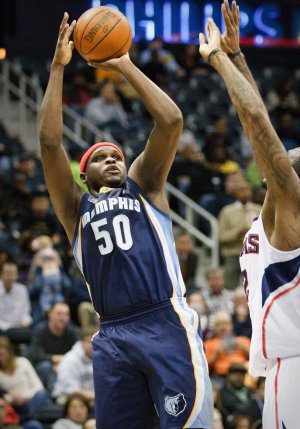 – Zach Randolph, Memphis: He may be on the move again soon. In the meantime, he just keeps producing (20.0 points and 13.2 rebounds) for a young squad in the playoff chase despite the disappointing development of OJ Mayo. His team enters Friday two games over .500, same as the Knicks, which have a starter (Stoudemire) in the East. Still, he got squeezed. The emphasis on team record served to negate his numbers when compared to lesser producers Gasol and Duncan. Yet the fascination with the fresher face (Griffin) – and perhaps a checkered history – served to negate a six-game lead in the standings.

– LaMarcus Aldridge, Portland: It’s hard to believe that Brandon Roy would have been overlooked, had he been the best player on a Blazers squad that sat three games over .500 despite a rash or injuries. But Roy’s been perceived as the franchise player, while Aldridge has been viewed as the secondary option, so it isn’t surprising that Aldridge will have to wait another season for All-Star recognition. His numbers (21.3 points and 9.0 rebounds), however, are superior to Gasol’s, and he’s done far more with less help.

– Kevin Love, Minnesota: His rebound average (15.5) is higher than his team’s win total (11), making him one of the most unique cases in recent seasons. Most of his efficiency numbers (43.9 percent from three, 87.0 percent from the line) are excellent, so he’s not like he’s the customary case we come across on bad teams – a chucker whose stat-line is inflated by his circumstances. Is an eight-win difference so significant that it clearly separates him from Griffin, or (if Griffin’s win total is deemed sufficient) makes his candidacy against Gasol or Duncan that much less compelling?

– Monta Ellis, Golden State: OK, you can’t really take him over Gasol, not with a shortage of bigs, at least until Stern replaces Yao. The winning-vs.-production argument still applies, however, in the backcourt. The coaches took Ginobili (18.7 points, 43.1 percent shooting) but not Parker (17.3 points, 52 percent shooting), though both clearly met the East requirements – top-two factors on a top team. They also took Williams, who has posted his usual nice numbers (21.9 points, 9.4 assists), but whose Jazz have slid of late, to the point that Utah is in danger of being pushed of the postseason picture. And if that’s the case, why not Ellis (25.5 points on respectable 45.3 percent shooting)?

Coaches speak about consistency all the time.

Their selection of the All-Star reserves, especially out West, showed the perils of not practicing what they preach.