Sloan was ready to move on

Sloan was ready to move on 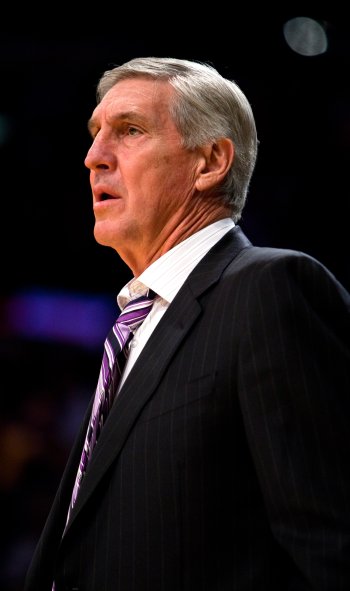 In retrospect, an honest answer to a basic question should have given a small clue that Jerry Sloan was becoming increasingly frustrated as coach of the Utah Jazz.

Sloan resigned Thursday after 23 years with the Jazz, shocking the basketball world. Eventually Sloan was going to retire, but in the middle of the season?

So in light of the resignation, this reporter went back to a conversation Sloan had with the media prior to a 96-85 loss at Philadelphia on January 22. And while some may suggest we are reading into it, Sloan’s frustration was obvious.

To set the stage, the Jazz had lost the previous night in Boston, 110-86. When asked before the game with the 76ers what he said to his team following that loss in Boston, Sloan didn’t mince words.

“I thought we needed to play harder,” he said. “We have to compete against teams that come out and get after us, and we can’t sit back and let them beat us to death.”

That was as honest assessment as a coach could give. Basically what Sloan was saying was that his team was soft.

Here is a coach who prided himself on the same tough-guy attitude that carried him through his 11-year NBA playing career, one that included two All-Star appearances. He never had the most individual talent, but his heart and determination carried him through.

Sloan never won a championship with the Jazz, but his teams were molded in his tough, unrelenting image.

Again, maybe we’re being amateur psychologists, but it appeared that evening in Philadelphia, that Sloan was more frustrated than anybody knew.

Of course there have been plenty of reports that Sloan didn’t get along with point guard Deron Williams. Remember, Sloan was spoiled for 19 years when Hall of Famer point guard John Stockton ran his offense. Stockton would look toward Sloan’s way, wanting the guidance for his coach to call the different plays that he would so adeptly execute.

Williams on the other hand, wanted to freelance more and apparently this became a clash of strong wills.

Keep in mind that Williams is among the more intelligent players in the game. And he combines his intelligence with great athletic ability. Williams is strong enough to overpower point guards and quick enough to dash by them.

He isn’t a wild, out of control guard. The fact that Williams has improved every year he’s been in the NBA is a testament to his work ethic and dedication.

In fact that evening in Philadelphia Sloan lauded Williams for continuing to take his game to another level each year.

Yet, if Sloan and Williams did clash, it wouldn’t be the first time a coach had a difference with his players.

So did the reported Williams flap have something to do with Sloan resigning? It’s hard to discount it, but it also appears as if a number of things just began adding up for Sloan, who will be 69 in March.

Counting parts of three seasons in Chicago, Sloan has been an NBA coach for 26 years. He coached 2,024 games, winning 1,221. That is a lot of wins, but it’s also quite a few practices, shootarounds, late-night video scouting sessions.

Even without an NBA title, Sloan will go down as an all-timer. He won two Western Conference championsips and made the playoffs in 19 of his first 22 seasons in Utah. Sloan was inducted into the Naismith Basketball Hall of Fame as a coach in 2009.

Only Sloan knows for sure, but it appears as if a lot of reasons contributed to his sudden departure. And now looking back, maybe those comments in Philadelphia last month were a sign that a storied coaching career was winding down.