No crying in basketball?

No crying in basketball? 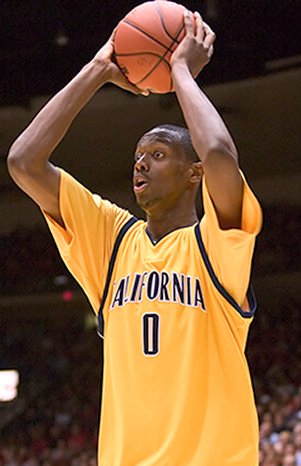 A couple days ago, my high school team lost in the CIF San Diego Finals to our biggest rival. Man, that hurts to say, but I have to say it again. Torrey Pines High School lost to La Costa Canyon. Sucks. Someone tweeted to me that it was the first time we had been back to the finals since my junior year, when we beat San Diego High only to get whooped by Upland High in the state playoffs.

My senior year, we didn’t get the chance to play for the championship, losing in the semis to our other rival, Carlsbad High. For some reason, major portions of this game are a blur to me. I think we had a good lead… Maybe. I’m pretty sure the game was played at Mira Mesa High, or was it Serra? I feel like I was unhappy because I didn’t get the ball like I thought I deserved towards the end of the game, but even that seems blurry. Did it really go like that, or is this just me doing what every athlete does by finding some reason to justify the loss and blame everyone else? I’m honestly not sure at all. It was like nine years ago. Coddamn, I’m old.

The only thing that I do remember with 100 percent certainty was that every single starter in the locker room was crying – except me.

I sat on the wooden bench of the locker room, after my final game of high school, and watched as everyone else broke down into tears. A couple guys were really sobbing. One guy was doing that kind of hiccup like thing where it seems like you’re perpetually trying to catch your breath from crying too hard. I guess I was too angry from the game, or maybe it was because I had only played one season of varsity, or maybe I was just a disconnected jerk who was looking ahead to his days in the Pac-10, but there was not a tear from dropping down my face.

At the time I felt like everyone was acting like some “little bi#$es.” I understood how much they cared, but I almost felt like it was that same “I’m gonna cry after the game because I’m weak” attitude that caused us to lose in the first place. It just didn’t feel right to me at all.

After an injury-riddled season that, at least in my mind, ruined my immediate chances of making the NBA, I had made my way back in time for the NCAA tournament. After battling with North Carolina State for most of the game, as always, it came down to the final minute. Unlike high school, I remember very clearly what happened. Somebody messed up on a switch and I had to run out at Cameron Bennerman, who pump faked the hell out of me, composed himself, and knocked in the game-winning three.

On the way back to the locker room, I broke down and started crying. At first, it was because I knew that if I had closed out short, he may have had a more difficult shot. I placed the blame on myself for losing the most important game of my college career and tears began to fall. I kind of felt stupid for crying, but I couldn’t help it.

When I sat down in the locker room, that’s when it really hit me. I actually sat there and cried for like 15 minutes straight. And this ain’t one of those “like 15 minutes” that was really two or three. This was legit. I couldn’t believe it, but it was like releasing everything that college basketball had meant to me up to that point. My teammate Richard actually, finally, said out loud: “Bro are you alright?”

I even went to bed slightly teary eyed that night because, when I got home at 3 am after a long flight from Dallas, I turned on my computer and saw two Facebook messages. Message 1 went:

“Rod, you got CBS Player of the Game! Good stuff, dude.”

“Rod, even I learned in 4th grade YMCA basketball that you close out low with your hands up. Dumbass.”

What a fantastic day. #Notwinning. I never looked at my high school teammates the same way again. 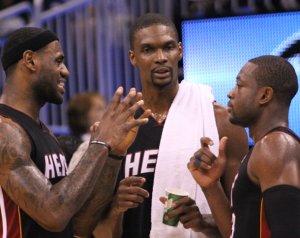 I find out via Twitter that the Heat have had a rough go of it recently and that there have been tears, both rumored and confirmed. Then came the wave of scrutiny and mocking about players crying, which I found to be really interesting.

Let me make myself clear before I go any further. I didn’t have a problem with the decision the Big Three made to join in Miami. I did, however, find The Decision to be a ridiculous spectacle. That said, I get why people want to hate the Heat so much. They didn’t just get together, they had parades, and confetti showers, photoshoots, and parties in Vegas celebrating their coming championships. I’m pretty sure they were taking double shots of Tiger Blood and hash-tagging words back and forth via G-Chat.

OK, OK. I get it. I really do. But maybe something has been lost in all this nonsense. The emotion behind the game, the passion, and the desire to be the best have all been shelved and replaced with the buffoonery, the partying, the Tiger Blood, and the promises of grandeur.

Let’s look at this as if The Decision had never happened, shall we? Three superstars are willing to each give up a part of their stardom, and give up a part of their money, in order to try to win a championship. This is pretty high on the basketball sacrifice scale. Then they have to each change their games and learn how to play with one another, taking a huge gamble in the process, in order to take their games to the next level. Each of them will have to do things they’ve never done before.

They took a risk and now, they’re actually kind of successful. A contender? Not for me to call, but certainly not a group of bumbling idiots trying to learn to cope with themselves like the cast of “The Wizard of Oz.”

LeBron James has to get courage, Dwyane Wade a brain, and Chris Bosh some heart? And this crying, especially by Bosh, is supposed to show that they’re too weak for the task? All of this because they lost four games in a row?

Think about it like this: Jay Cutler showed no emotion when he was forced to sit out and watch his team lose in the NFC Championship. People chastised him for not caring. So why do the flip the script and treat these grown men like little girls for doing the opposite? Take your pick: either it’s just a game, a job, a business, and it’s devoid of emotion, or it’s something more. It’s something like love. When it’s great, nothing can make you happier, and when it’s bad nothing can be worse in the world. Don’t you wish every athlete had that? There are a lot of guys who will never have it. Some of them are the best players on your favorite team right now. Sorry to break it to you. You have to at least give it to the Heat for that.

Furthermore, the guys who cry after the games don’t cry because they are terrible and have no chance. They do it because they’re close. So close it hurts. I’ve never seen a last place team cry after a game. Nor have a seen a team with no chance for serious success do it. It’s only the guys whose will is strong enough to do something about it afterwards. My senior year of college was the biggest setback of my life. Since then I’ve done nothing but grow and get better, because my will to do so is strong.

I’m not here trying to convert anyone into Miami fans. I’m not even a Miami fan. I actually think it’s fun and easy to ridicule them. But when I see tears in their eyes, I get the idea that the fun and games are over, and maybe they’re poised to turn things around after this setback. Heck, maybe they won’t, but I’ll never again question how much they care.

Yes, it’s easy to hate the Heat, but if you don’t love that they love the game, then we might as well give all the players Tiger Blood and turn them lose to just enjoy the hell out of the NBA and listen to them give post-game speeches about how adult film stars gave them Adonis DNA and that’s why they’re winning. #Winning!

Anyway, I, for one, will be quite interested to see what happens next. I’m still not a Heat fan, but unlike a hater, I like to see people succeed when it seems like they have little chance of doing so. That’s just me. Besides, if they pull it off, I’m sure everyone will want a pint of King James’ Tiger Blood. Just sayin’

Remember you can always get more at toomuchrodbenson.com and at twitter.com/boomtho. Also, if you love you some Charlie Sheen, you can get the super sweet Tiger Blood shirt I designed below over at boomthoshop.com! Shameless plug, I know! 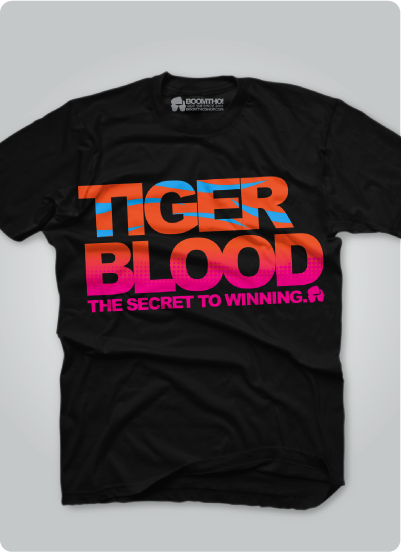