Horace Grant: "Noah plays a lot like I did"

Horace Grant: "Noah plays a lot like I did" 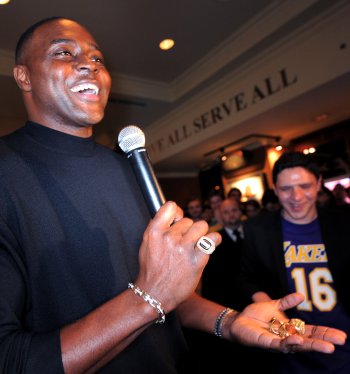 What have you been up to lately?

Horace Grant: Well, I work with a lot of kids in the city where I live, Arroyo Grande, which is close to Santa Barbara. I teach them basketball. I also coach my daughters, do things for the NBA like being an ambassador, traveling to different places like Turkey, Spain… I’ve been to Africa last summer… I’m doing really well.

Who is the current NBA player that plays more like you did?

HG: I would say Joakim Noah. He needs to work a little bit in his jump shot, but his hustle, his determination to go after the rebound, his work ethic… I like him a lot.

HG: Definitely. Now with Joakim Noah if everybody stays healthy, they can defeat the Celtics or the Heat. I would like the Heat in the Eastern Conference champions and then the Bulls playing the Lakers in the Finals again.

Yeah, you definitely have good memories about those ’91 Finals.

HG: Of course I have [laughs].

Now there’s a lot of uncertainty with a potential lockout for next season. You suffered one as a player in 1999. Which advice would you give to the Players’ Union and the owners in order to avoid a second and surely hurtful lockout?

HG: I think the Players’ Union and the owners got to come to some type of agreement. It’s not just about the players and the owners, they have people depending on the NBA for their livelihoods. You have small markets like Indiana, Cleveland, New Orleans, maybe Memphis… Those people in those communities need the NBA to survive. There’s so much to share. How much is it enough for both sides?

So maybe, if both sides thought about all the people that would be seriously affected by a lockout, would that change the whole perspective of the situation?

HG: I think the people in those small markets should do a commercial or something. To talk to the players, talk to the owners, and make it heartfelt and be honest about their true feelings… Maybe that would bring the two parts to an agreement. 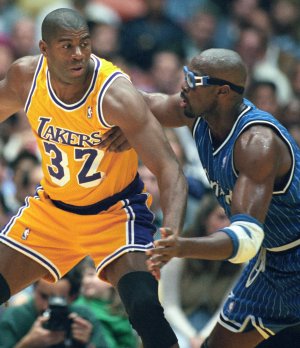 You won three rings with the Bulls, one with the Lakers and you had very good seasons with the Orlando Magic. How much damage would be inflicted to the fanchise if Dwight Howard leaves the team to play elsewhere, just as Shaquille O’Neal did when he signed with the Lakers in 1996?

HG: When you look at what happened with LeBron James leaving Cleveland, if he leaves Orlando it would be a devastating blow for the Magic organization.

Which starting five would you choose to play in an all-time All-Star Game?

HG: Michael Jordan, Magic Johnson… We would need some excitement in there, so I’d choose Shawn Kemp… I would also choose a very solid player like David Robinson… And then I would go with my pal Scottie Pippen.

And would you come off the bench?

HG: No! I would be the coach, they wouldn’t pass me the ball [laughs].

When you played with the Bulls, which team was the toughest to beat?

HG: We knew as a team that we had to get past Detroit if we wanted to be successful in the NBA. And it took us two or three years.

When Michael Jordan, now 48 years old, showed up recently to practice with the Bobcats, there were a lot of rumors about him coming back again. Even head coach Paul Silas said he could average like 20 points per game. Do you agree?

HG: Hey, come on, there’s no way he could come back and play with those guys. I mean, with the talent that the young guys have now, and the speed and the quickness and the strength… It would even tough for Michael. But give him the credit: If there’s anybody that could do it, he would do it, but I can’t see it.

Sam Smith wrote in the acknowledgements part of The Jordan Rules that you were “a welcome port in stormy seas.”

HG: He probably meant in terms of when there was a little chaos with the Bulls with my personality I’d come in and cool everything down. You know, when Phil Jackson got mad, he knew he could always yell at me to get his point across to Scottie and Michael. So I accepted that role on that team, because you need to know your role, and Scottie and Michael respected me as well as the rest of the team.

Since you retired, there’s one aspect of the game that has evolved in a big way: Internet and the social media. Ten years ago it was press conferences, journalists on road trips with the team… and now it’s that, but also bloggers, stream video, Twitter, Facebook… And most importantly, players now can talk to the fans around the world directly. What do you think about that?

HG: I hope it would get back to basics. You know, we had fun with the media. I have no Facebook, no Twitter. The days of old… if we liked a journalist, we hung out with him. If not, we’ll tell somebody to keep him away from us [laughs]. I have a cell phone – and old one. Hey let’s get back to the old-fashioned ways.

You wore pretty unique glasses during your career.

HG: Well, Kareem [Abdul-Jabbar] started and kind of revolutionized the whole goggles thing but I don’t think there has been another pair like mine [laughs]. They were pretty unique. It was part of my personality.