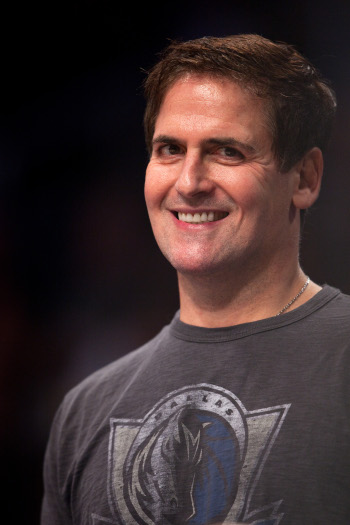 MIT’s Sloan Sports Analytics Conference brings together industry executives, media members, students and fans in Boston every spring to discuss the state of statistical analysis in professional sports. Given the wonky, niche nature of the academic discussions – “What optical tracking data says about NBA field goal shooting” and “Scoring Strategies for the Underdog: Using Risk as an Ally in Determining Optimal Sports Strategies – it’s often been noted that the generally nerdy attendees don’t exactly resemble the United Nations General Assembly when it comes to diversity.

That homogeneity apparently extends to the collective’s career goals as well; a shared combination of ambition, intellect and passion for sports makes it feel like 99 percent of those present want to run their favorite team’s operations department. During this year’s Basketball Analytics panel, former Portland Trail Blazers general manager Kevin Pritchard, who was fired last summer, joked, “Can I have a job, please?” Those words would serve as a pretty good tagline for future iterations of the conference.

To become an NBA executive, though, one must first learn how to speak like an NBA executive. Pritchard, Dallas Mavericks owner Mark Cuban, Houston Rockets GM Daryl Morey and other members of the NBA world all came prepared to expand your lexicon. Here’s a look at three of the more interesting catchphrases to emerge from the Sloan weekend and how each fits into the NBA landscape of trading, roster building and drafting.

1.“The NBA has an inefficient trade market.” – Mark Cuban

Cuban was quick to open this year’s Basketball Analytics panel by correcting what he feels is a flaw in the discourse surrounding trade analysis.

“The first misunderstanding about trades is that the NBA is an efficient market for trades,” Cuban said. “It’s not. Not all teams talk equally to each other. It’s not like the stock market… Different teams have different relationships, more of a trust factor.”

Just as relationships can help deals get done, they can prevent deals from happening. They can even, Cuban said, lead to a total communication breakdown.

“Because some teams are more into analytics, [some GMs] may be less willing to deal with you because they may think you’re taking advantage of them. If you go back through history, there are teams that have not only not done trades, they don’t even talk to each other.”

Shortly thereafter, the panel kidded Morey for trading with the Memphis Grizzlies “every February.” Surveying some of the moves made during the trade season, Cuban’s comments cast them in a new light. Who could forget the New York Knicks hired former Denver Nuggets executive Mark Warkentien as a consultant just weeks before trading for Carmelo Anthony? Was it simply a coincidence that the best deal available for the Portland Trail Blazers and Charlotte Bobcats were with each other, given that the president of the Blazers, Larry Miller, is the former president of Jordan Brand and keeps a picture of himself with Bobcats owner Michael Jordan in his Rose Quarter office? Who knows, but relationships can’t hurt and they certainly don’t play a role when fans or writers fire up the ESPN Trade Machine.

The panelists later joked that maybe there should be an eBay for trade prospects to improve the market’s efficiency. The thought drew laughter – plus the obvious question, “How would the players respond that?” Jokes aside, it does seem like many new-school GMs subscribe to an eBay style philosophy of uncovering every possible offer and option.

Other first-time GMs – including Dell Demps in New Orleans and Pritchard’s successor in Portland, Rich Cho, almost immediately earned reputations for aggressively working the phones. Perhaps, then, market efficiency will come through a combination of new blood and sheer force.

One of the Bibles of modern sports analytics – Michael Lewis’s Moneyball – investigated the methods used by Major League Baseball executives to find undervalued assets, players who would perform better as professionals than conventional scouting wisdom might dictate. By accumulating those players, a team should be able to improve and, if it continues this approach year after year, do so more affordably than its less focused competition.

NBA executives tend to pick and choose how to apply Moneyball’s concepts because of the differences between the two leagues and the two games. The NBA has a salary cap while MLB does not. NBA rosters max out at 15 players and only five can play at the same time; MLB rosters have 25 players with nine players on the field at once. Acquiring one dominant player has a much more significant impact in the NBA than it does in MLB, not to mention the league’s playoff format is longer and tends to favor its best teams.

The original Moneyball approach suggests that sustaining winning at an affordable price is possible through diligent analysis. As the years have passed, with more NBA teams turning to analytics to improve their rosters, the stakes have been raised. Asked to describe the challenge facing an NBA GM these days, Pritchard put it this way: “I’m not trying to beat the S&P 500. I’m trying to win the S&P 500.”

The S&P 500 is a financial index of 500 publicly traded stocks from all corners of the U.S. economy, commonly used as a baseline for measuring investing success. “Beating the S&P 500” or “beating the market” is the sign of a good year. Pritchard’s point is that outperforming average as an NBA GM is not sufficient. Fans, players, team employees and, most of all, owners, have a much higher standard than 42 wins.

Achieving or working towards that standard, executives agreed, involves assessing risk and taking chances, especially when it comes to drafting or trading for talented players who might come with red flags.

“You have to take these bets on players even if [you’re] going in knowing that there’s a good chance of failure,” Morey explained.

All of the so-called Moneyball executives present now have those types of risks on their resume. Pritchard drafted Brandon Roy despite questions about the state of his knees; Morey traded for Terrence Williams and Hasheem Thabeet this year (the latter move was met with public resistance by his coach, Rick Adelman); the Celtics, represented at Sloan by executive Mike Zarren, just moved Kendrick Perkins, their team’s starting center and key locker room presence, less than two months before the start of the playoffs; Cuban has given out an endless stream of big-dollar contracts in hopes of finding a serviceable seven-footer.

The centerpiece panel this year was a discussion surrounding the 10,000-Hour Rule presented in Malcolm Gladwell’s book Outliers. The 10,000-Hour rule asserts that achieving true success requires spending that amount of time dutifully practicing one’s craft and developing one’s skills. Gladwell moderated the discussion as executives, players and coaches explored the importance of purposeful practice in an industry that is thought to be dominated by physical skills and God-given abilities.

The group generally agreed that there are prerequisites for success in professional sports, that a “baseline of physical skills” is necessary to have any hope of making the NBA. But the panelists also seemed to agree that a player’s psychological makeup, his drive for success, is still one of the most often overlooked characteristics – or undervalued assets, if you prefer – in the talent evaluation process. In other words, scouts and GMs have a tendency to fall in love with players with raw skills – to “overvalue potential” as one executive put it – while selling short players who are determined to improve throughout their NBA careers.

That might come as a surprise, as the analytics community has a reputation for caring far more about a player’s statistical output than his personality or life habits. But Cuban was very clear, particularly when it comes to young players whose career paths are still up in the air, that the psychological aspect is crucial. How badly do they want to be NBA players? Are they content to have just made the league? Cuban referred to this desire as a player’s “approach to work” – which reads like something out of a mid-level manager’s human resources evaluation.

His fellow panelists agreed. For Pritchard, background work and intelligence gathering on a prospect’s personality and dedication were still more important than what the numbers show.

In comments that quickly made their way around the internet, former Houston Rockets coach Jeff Van Gundy derided Tracy McGrady’s commitment to perfecting his craft during practice. But he also noted that one of the hardest-working players he ever coached, Yao Ming, also presented a different challenge because of his personality.

“You want a certain stubbornness to your best players… Yao was a little bit more compliant than he probably should have been at times,” Van Gundy said.

Dealing with the psychological complexities of young men whose lives are literally transformed when they sign their first contract seems to have left even Morey questioning how much influence analytics can have on the draft process.

“Frankly, there’s a paper presented by Cade Massey which humbled me a little bit. He did some analysis of the NFL draft that no one could have predicted these guys in the draft. [GMs that think they are better at drafting with analytics may be] fooling themselves… [In the NBA,] we try to think we’re better than everyone else, but the bottom line is that I’m not sure that we are.”

One possible solution that Cuban offered was to pay more attention to young players during their first years in the league.

“No one gives a shit about their life skills [before they reach the NBA],” Cuban said of one-and-done players. “We have to undertake the responsibility” of helping those players mature and transition into their new lifestyle.

So what to take from these catchphrases? How should you, the reader and aspiring GM, incorporate their lessons into your daily life?

We have looked at three thoughts. First, that the NBA trade market is not nearly as efficient as it should be, but that analytics may help improve that. Second, that the short-term pressure on NBA GMs to win big is enormous and that some GMs have shifted course to focus on risk assessment so that they can swing for the fences when necessary. Third, that NBA executives are feeling limitations in their ability to use analytics to gain an advantage during the draft process and that non-quantifiables such as work ethic and dedication remain undervalued assets.

Taken together, we’ve reached a point where we can officially declare that the honeymoon period is over for the cult of advanced statistics in basketball. Not because the NBA community has concluded that there is no value in using analytics to guide decisions. On the contrary, the perception of the mystical (or mythical, depending on what side you’re on) powers of analytics has tempered because the use of analytics has become sufficiently prevalent, and been around long enough, to create a meaningful full track record. Analytics practitioners have been hired and fired, they’ve had draft hits and misses and they’ve had trade successes and failures. They’re pretty much just like everyone else now, or at least closer than they’ve ever been before.

The message from the 2011 Sloan Conference, then, wasn’t the same as previous years: It wasn’t a declaration of arrival, a celebration of newfound success or even an admission of early struggles. Rather, it leaned more towards a high school reunion, where the like-minded from around the country, now fully content and secure with their place at the table, gathered to swap stories and best practices in front of a rapidly growing crowd of followers, anxious to learn how they might grab their own seat.