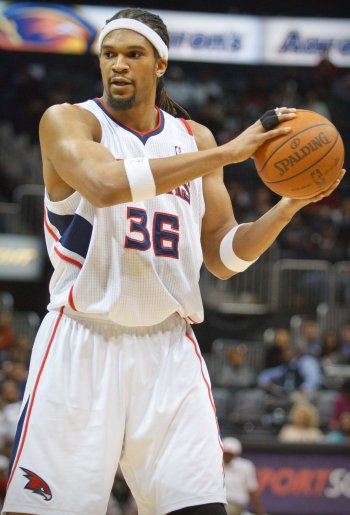 1. Did BYU really suspend their starting forward Brandon Davies for the entire season after it was discovered that he committed the crime of having sex with his girlfriend? BYU has an honor code that forbids students from engaging in premarital sex.

This act, while being a violation of the University’s code of conduct, is not against the law.

Doesn’t this become somewhat of a slippery slope? Where do we draw the line in what “private standards” are allowed to be enforced? I could understand it if he was caught smoking weed, or under age drinking or doing something that is actually illegal, but how can a University legislate the law?

2. Wes Leonard, a high school basketball player in a small town near Lake Michigan, collapsed on the court after hitting the game-winning shot. His enlarged heart caused him to go into coronary arrest. My condolences to his family. As someone closely connected to this topic, isn’t this yet another tragic example that testing should be done on all high school athletes the same way they now test us in the pros?

3. This is usually more of an issue with the NFL, but after seeing Chris Paul being carried off on a stretcher after a collision, shouldn’t the NBA have some type of protocol implemented in handling concussions?

4. What are the chances of Blake Griffin staying with the Clippers? Should he get as far away from Donald Sterling as possible as soon as he can and go back home to the Oklahoma City Thunder? Just a thought.

5. Did Donald Sterling really have a Black History Month event scheduled in March ?

6. Bobby Knight cursed on live national TV on College Gameday on ESPN. Me personally, I found more offensive what he said a few weeks before about how Governor Rick Perry of Texas was doing a great job and was an excellent Governor. But my question is, if you choose to hire someone who is notorious for his uncontrollable curse-laden tirades, shouldn’t you at least have the censor button handy just in case he slips and lives up to his reputation?

7. Why did everyone automatically assume that it was Chris Bosh who was crying after they lost their fourth straight game?

8. Am I the only one who thinks the show “The Game” on BET needs to be an hour long?

9. When is Mark Jackson going to get a head coaching job somewhere?

10. Why would it be an issue if the Big East got 11 teams in the tournament? If the system is set up for the best teams to get in and the Big East has nine ranked teams, then what exactly is the problem?

11. In the Morning Tip on NBA.com, David Aldridge explained how successful Oklahoma City has been in building a lucrative powerhouse despite being in a small market. Doesn’t their success negate the claims by certain teams that they “can’t afford” to pay the players the current salaries because they are at such a disadvantage being in a smaller market? Isn’t proper management more of a factor than the size of the market?

12. Stan Van Gundy‘s comments regarding David Stern were interesting. After being asked by a reporter his opinion on Dwight Howard being excessively fouled he said, “This is the system David Stern and his minions like… I certainly can’t have an opinion because David Stern like a lot of leaders we’ve seen in this world lately don’t really tolerate other people’s opinion or free speech. So I’m really not allowed to have an opinion.”

Did he raise a very good point regarding freedom of speech? Why isn’t anyone allowed to criticize a referee or David Stern? Interesting

13. Kareem Abdul-Jabbar made a wonderful documentary about the Harlem Rens. The documentary shows the struggles these couragous men faced in a very racially segregated, dehumanizing and hate-filled time in America. I was personally told that white people don’t want to hear about that struggle and are offended if it is presented. That can’t be true, can it?

14. To anyone who has seen this documentary Kareem Abdul-Jabbar created called “On The Shoulders Of Giants,” I ask… Shouldn’t this be required viewing for all rookies entering the NBA to ensure that history is not forgotten?

15. I was granted permission by Billy Hunter to speak for the union, so I wanted to say that the NBPA is in full support of our NFL brothers and their stance against the NFL. We are convinced that an NFLPA decision to litigate will help our cause since any decision will be applicable to our situation, and we thank them for setting a precedent.

16. How seriously should the NBPA consider decertifying the union in order to keep the NBA from legally locking out the players?

17. Should the NBPA and NBA follow the decision of the NFLPA and NFL by hiring a mediator to facilitate discussions and postponing a lockout deadline? If the NBA truly wants to avoid a lockout, shouldn’t it get serious and begin laying the framework for serious negotiations?

18. How would the NBA react to this proposal?

No salary cap. Bringing split for BRI to 50/50 but we have no salary cap. Teams spend what they wish, the NBA is guaranteed a revenue certainty of 50 percent and everyone is happy. This would eliminate the overspending or teams being “held hostage” because they could sign anyone for as little (should please Donald Sterling) or as much (should please Mark Cuban) as they choose.

19. MLB has no salary cap and has virtually none of the restrictions on player contracts that the NBA has. For instance, there are no limits on the length of player contracts and no limits on the amount of annual increases in multi-year player deals. Yet MLB has had nine different World Series winners in the past 10 years. (Boston is the only repeat champ in 2004 and 2007). During this year’s Texas-San Francisco World Series commissioner Bud Selig was quoted repeatedly stating that “competitive balance has never been as strong in MLB as it is right now.” Wouldn’t a similar system be successful for both players and the NBA?

20. How vital is revenue sharing amongst teams? Wouldn’t that keep teams who are not doing well – in a tough market, smaller market, etcetera – afloat and be better overall for the entire league?

21. The other night we played a home game against the Lakers and once again there were more fans for the away team than for the home team. Why is that? I’ve never seen anything like this before. There were more Laker jerseys and colors than Hawk jerseys and colors. MVP chants for Kobe, the whole nine. I thought I was going to hear Purp and Yellow next.