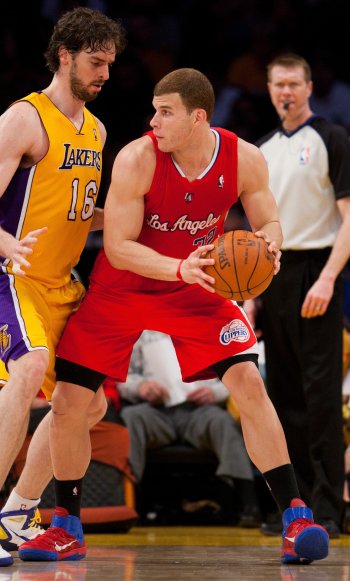 (This is Part 2 of the article devoted to franchise tags. You can read Part 1 here).

The franchise tag is generally despised among NFL players. Despite lots of guaranteed money, the money is guaranteed for only one year, and the franchise tag restricts players’ freedom of movement. Holding players in one place for close to a decade when their true desire is to be elsewhere smacks of injustice.

While some fans would begrudge a moping millionaire, one can envision how a player could reasonably become resentful of having a living situation that was forced upon him. While the player could play in another league rather than face franchise tagging from a team he wished to leave, there is really no true equivalent to the NBA anywhere in the world, especially when it comes to superstars’ salaries. Having a disenchanted employee, however rich, is not good for team chemistry and is not good for business.

At least in the NFL, in exchange for bearing an arguable injustice, the franchise tag affords players another perk besides a top-tier salary: They are provided with a guaranteed contract. In the NBA, however, the best players’ contracts are already essentially universally guaranteed, so the franchise tag concept as it’s used in the NFL would be even less appealing to NBA superstars.

As things stand, first-round draft picks already are beholden to the teams that draft them for five years (the first two are guaranteed and the second two are team options, and the fifth is another form of team option). The possibility of a franchise tag could prevent an NBA player from leaving after playing out his qualifying offer.

A good example might be the impending free agency of Blake Griffin. If Griffin wanted to leave the Clippers, he could currently do so after five years. If a franchise tag were available to the Clippers, they could hold onto Griffin (likely worth the high costs of repeat tagging) for an additional three years. In the case of a repeated tagging of a superstar, the player loses the security of a long-term, guaranteed deal; every year is the last year of his deal. While the player can take out an insurance policy to protect his future earning capacity in case of an injury, this cost must be borne by the player.

It might seem that the average NBA player would not have a horse in the race regarding the franchise tag issue. This is not entirely the case. While middle-tier and lower-tier players are not candidates for tagging, the franchise tagging of even 5-10 NBA players would result in those players receiving a higher annual salary (although less guaranteed money) than under the current system. This would inherently mean that there would be less short-term available money for the rest of the NBA’s players.

The flipside of this scenario is the possibility that some five or six-year deals signed under the current system might not be signed in a system with franchise tagging. So, if Portland did tag Brandon Roy rather than sign him to a five-year deal, and if, due to significant injuries, Portland negotiated a smaller contract with Roy after tagging him, then Portland would have more money available to pay other players, most of whom would not likely be superstar players.

Franchise tags would be a blessing and a curse for the NBA. To the extent that franchise tags resulted in greater parity, the result might be more invigorated fanbases leaguewide and more total revenue. Franchise tags would give small market teams hope of holding onto their superstars long enough to become contenders.

Particularly oppressing the free movement of the league’s very best players effectively discriminates against some of the most important stakeholders in the game. To the extent that this oppression results in players moping, begrudgingly playing out their contracts, and being less than superstar teammates, the franchise tag could do significant damage to the marketability of the NBA’s best and most marketable players.

While some players would be professional, others would play resentful and uninspired basketball, which would result in trickle-down resentment when fans observed players with $20-plus million contracts moping. NBA fans want their favorite players to be athletic adonises, not pompous prima donnas.

Franchise tags would allow maximum salaries to be higher than at present, resulting in an even more economically stratified league. With even more of a small market team’s payroll tied up in one player, “teammates” would feel even less like equals, possibly prompting issues stemming from jealousy, whether conscious or subconscious.

Finally, under a system with franchise tags, it could be even more difficult to concoct fair trade packages for superstars. The case of Carmelo Anthony is a good example. Even at a salary of $17.1 million, Denver spent several tumultuous months in its bid to receive fair value for its superstar. In the event that Anthony’s post-franchise tag salary was (a la Peyton Manning) over $20 million, and if Denver wanted young players with upside and low-cost deals, concocting a trade that satisfied the CBA could be increasingly complicated, involving more teams, and potentially causing more disruption to more NBA teams and more NBA players.

Conclusion: On the whole, most of the stakeholders in the NBA would be worse off if the NBA were to adopt an NFL-like system of franchise tagging. While small-market teams may feel as though tags will help them, they would mostly be just a band-aid, a delaying of the inevitable. For all the money small-market teams would pay to keep players, players are no more likely to be grateful, happy, and desirous of a long-term deal with the team. They are more likely to want to do their time and then leave for what they deem to be greener pastures. And, of course, large-market teams would oppose a system that delays their acquisition of elite NBA free agents.

Next week, we will explore a better alternative to the NFL’s franchise tag system, an alternative that the NBA should consider…