Maurice Evans: "I'm sure we won't get a deal done by July 1"

Maurice Evans: "I'm sure we won't get a deal done by July 1" 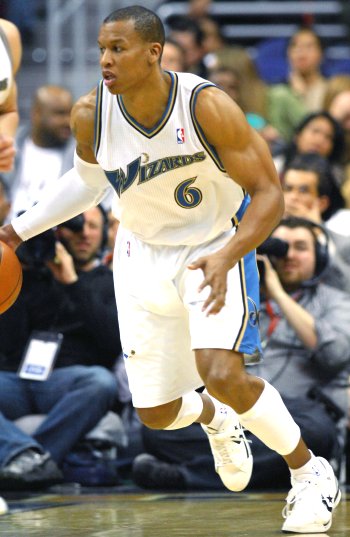 At 32, guard Maurice Evans is Washington’s oldest player. But he’s putting his wisdom to use in the NBA in more ways than just helping the young Wizards.

Evans is a vice president of the NBA Players Association. The union’s nine-player executive board, headed by president Derek Fisher of the Los Angeles Lakers, is working with union executive director Billy Hunter to try to secure a new collective bargaining agreement after the current one expires June 30.

Technically, Evans says there will be a lockout this summer since he doesn’t see any way the sides can bridge their wide gap by the start of July. Owners want to drastically cut salaries while the players are in favor of the status quo.

Evans, though, is hoping an agreement can be reached sometime during the summer and no games will be lost, unlike when the season was reduced to 50 games due to a 1998-99 lockout. With players just three months away from likely being locked out, Evans talked to HoopsHype about the current state of affairs.

Could you provide an update on collective bargaining following the meeting between the sides in February during All-Star Weekend?

Maurice Evans: We’re just waiting until the season is pretty much over because we won’t have a chance to all meet again until the NBA Finals are over with (in mid-June). I’m sure we won’t get a deal done by July 1. Therefore, it technically will be a lockout. Hopefully, we’re going to solve those issues before the season starts again.

So it’s pretty much understood that no way will a deal get done by July 1?

ME: Because we’ve had a number of meetings starting over a year ago, almost two years out, and we still haven’t been able to really come to any significant negotiations. Therefore, I know it’s going to go into the summer.

To clarify, you’re saying a lockout is pretty certain July 1?

ME: Yeah, but I’m hoping it’s not a true lockout, meaning that people will miss checks and miss games more less for the fans. Because we’ve got too much momentum going right now to (miss time next season).

Television ratings are up significantly this season. How do you look at that?

ME: TV ratings are (up). Ticket sales are. Everything. Just the momentum of the game is really going in the right direction. And why kill it with self-inflicted viewpoints?

What do you think about NBA commissioner David Stern saying at All-Star Weekend the owners have the same stance as they did a year earlier?

ME: The problem is, if you’re going to hard line, then that’s not negotiating, period. And the game’s already in a good place with this same model. The game’s obviously being successful, the model we have in place. So, if anything, why not extend this model and enjoy the success of the NBA?

Could you talk about at All-Star break how the sides agreed to get together for further meetings?

ME: We’ve been agreeing to get together and do all that stuff… But once the games step back up after All-Star break, for example, nobody can get together except for Billy and David and their colleagues. So nothing’s really getting done because everybody has to come back to us in order to go back and meet again in a big room. I would say the headway that they make in individual meetings, we can make some of that headway in the larger meetings with more players.

What have Stern and Hunter done since the All-Star break?

ME: They had another meeting with their colleagues and each other’s colleagues. And passing dialogue. But again nothing was significant, engraved in stone, that we said, ‘OK, we can agree upon this or we can disagree on this.’ It was still just another ploy. So hopefully once the season gets over with more of the executive committee will be around and be available. (The meeting between Stern and Hunter) was (in early March).

What do you mean by ploy?

ME: I’m saying basically some of the meetings are token, and not all of them have been extremely significant. So once we get to the significant meetings, which will take place in the summer months, that’s when I think that headway will be made.

Is there any move the NBA can make to bring the two sides closer to a resolution?

ME: Without a doubt, take the $700 million rollback (from player salaries) off the table. And let’s talk how we can continue to grow the game. If you just take money off the top, we can’t agree to that. All the people, like the Magic Johnsons and the Larry Birds, who laid the groundwork for players to even make this kind of money, you’d be basically just disrespecting them… It’s just impossible to make it work with those numbers (the NBA wants). 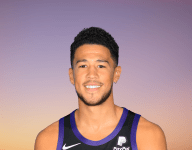