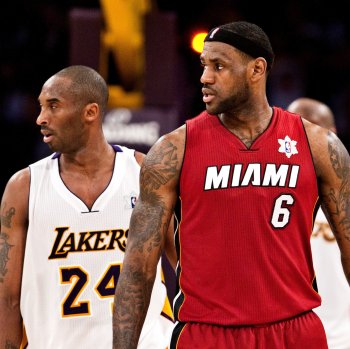 The updated Top 25 has some few new faces and a shift at the top. I was blown away this year by Kevin Love, Blake Griffin and Russell Westbrook, but I was floored by the dominance of Derrick Rose. The tide has changed in terms of young players improving their games at a rapid pace. LaMarcus Aldridge grew up when given the chance to lead his team and he looked spectacular. Injuries and age also caused some veterans to drop, but I stand committed with my Top 25 and now I can’t wait to see who backs it up in the second season.

Randolph has had a difficult time shaking his past and maybe that’s why people don’t give him his due, but he is one of the best power forwards in the league. He is a double –double machine like Howard, Griffin and Love and he should be higher than 25, but I want to see how he does in the playoffs.

Parker is the second best finisher at point guard in the paint behind Derrick Rose. He is shooting 52 percent this season and is a career 50 percent shooter. For some reason, he is always ignored in regards to attention, but comes up big when healthy every year and wins championships to boot.

Manu should get more ink because he’s the most important player on the team with the best record. Not a great shooter (43 percent) but just knows how to score in a variety of ways. He has been one of the best perimeter defenders in the league for years and flourishes in crunch time.

Garnett seems to be using more smoke and mirrors this season regarding his reputation. He is still very valuable and come playoff time more shots are warranted based on his shooting percentage this season. The defense is still good, but has become a non-factor in blocking shots.

Another solid all-around season for Pierce. He is the true leader of the Celtics and defensively is very underrated. I still believe shedding some weight would elevate his game even more, but he’s obviously content to carry it. Pierce is shooting almost 50 percent from the field, which is way above his career average of 45.

The kid has become a man by default. Unfortunately, it came at the expense of Brandon Roy’s troubled knees. Aldridge has taken over as the best player in Portland and it’s the go-to guy now. He should garner some MVP votes based on his play when the Blazers were struggling with injuries.

He still is the best combination of defense and offense in the league at the center position. Don’t be fooled by his 13-point scoring average because he only played 28 minutes a game – and that was by design. He also pulled down 9 rebounds, a number that will climb in the postseason.

Age pushes him down the list, but he is still the best leader at point guard in the league. He continues to lead the league in assists despite many personnel changes. Nash is the best shooter in the league in my estimation, but prefers to pass and be a decoy.

Got off to a tremendous start this season in the assist category and defensively is probably the best at his position. The negative is that his shot has not improved and that keeps him a step behind Chris Paul and Deron Williams.

The most athletic basketball player I have seen since Dominique Wilkins. Griffin is extremely raw, but yet is a double-double machine. Once he improves his jump shot, he will be impossible to deal with individually. The Clippers have a superstar and now the question is… Will they be able to surround him with veteran players?

Despite playing for one of the worst teams in the league, he stood out among power forwards. I don’t care where you are playing… If you grab 15 rebounds and score 20 points every game, you are very good. Throw in a 41 percent three-point percentage and he becomes a freak of nature.

Westbrook was running neck and neck with Amare Stoudemire for early-season MVP until Derrick Rose just went ballistic. He is a power point guard with a fearless barrage of moves to the basket. I love his intensity level during games. I often wondered if he was a malcontent, but the response he gets from teammates says otherwise. He and Rose are the most physical point guards in the league.

I think Bosh has had to change his game more than any player this year, but that’s what he signed up for. He is facing the same scenario as Pau Gasol and at times looks out of sort. He still averaged 18 points and shot close to 50 percent.

Gasol has had his usual good year. We expect more because he is so talented, but also we have learned that it’s extremely hard to be very consistent in the great but stifling triangle offense that includes Kobe Bryant. Gasol will go minutes without touching the ball and that relaxes a player many perceive as soft and content with his situation.

A bad wrist has held Williams back this year and yet he still put up great numbers. The New Jersey Nets will become a playoff team in the next few years because Williams is the best pure point guard in basketball on both sides of the ball – when healthy.

Injuries have held Paul back over the last few years, but he is one of the toughest players in the NBA. He controls the game better than any player at his position and is truly the extension of his coach.

Dirk is quietly having one of his best years. With career highs in field goal percentage, he’s close to becoming a 50(FG)-40(3P)-90(FT) player this year. I still would like him to post up more to solidify his all-around great offense.

The most versatile scorer in the league. His game-winning shots are elevating him into Kobe status. Carmelo could become a good defender if he focused like his good friend LeBron and if it happens, the Knicks could have success in the playoffs. 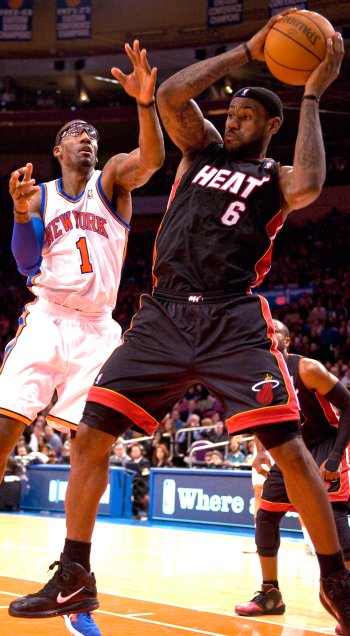 If there is such a thing as a mid-season MVP, well, Amare was the winner. He has taken the big stage in New York and accepted the challenge of becoming a leader both on the court and in the locker room. I applaud him for allowing Carmelo to become the go-to guy in the fourth quarter despite averaging the most points himself in the last quarter before Anthony arrived.

I move him from 22 to 6 and therefore this becomes the biggest jump ever in the Top 25. Rose will become an MVP at 22 years old and it is well deserved. I marvel at his stoic intensity level and I am blown away with his ability to change directions at full speed in a crowd. I mentioned in the last blog of this kind that if he made that jumper in the two-man game, he would be virtually unguardable. He has and it will get him the MVP at season’s end.

Did not get the credit he deserved for accepting the best player in the league as a teammate. Wade has allowed LeBron to control the ball and he has career highs in field goal percentage and rebounds. I always believed Wade could be a factor off the ball and he is proving it.

The best pure scorer in the league. Continues to get better at all facets of the game. I would still like Durant to put on some more pounds and get stronger because then he would hold position better and elevate his scoring even more. He is a true leader also and that is why he will become a champion very soon.

The most dominant player in the paint. Howard has really improved his ability to score more efficiently and navigate the double team. The best rebounder in the league and also the best defender. The technical fouls need to be controlled because they punish his team.

Still the best closer since Michael Jordan, but I think he’s on cruise control at different periods of the game. And rightly so. The games and minutes are starting to take a toll. Kobe has become more of a jump shooter and the all-around dominance of his game has dropped a notch, but he is still capable of carrying the Lakers to a third straight championship in 2011.

Has not missed a beat in terms of performance although he’s playing with two other superstars. The best all-around player in the league. Cleveland became the worst team in the league when he took his talents to South Beach. No, he is not a great closer compared to Kobe, but he makes players better and still shoots over 50 percent and averages 27 points, 7.5 rebounds and 7 assists. Enough said!

OUT BECAUSE OF INJURIES