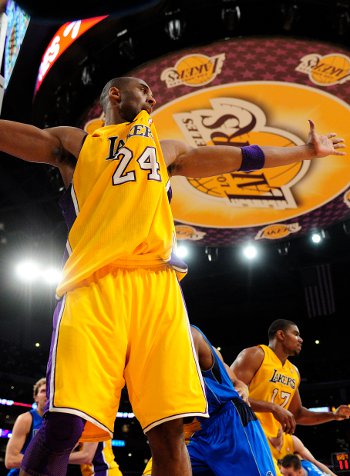 The Lakers went down in one of the most embarrassing games for any championship team I have ever seen. I have admitted without hesitation that I am a Laker hater. I am not a hater from a personal standpoint because there are players and coaches on that team that I respect immensely. It’s about being envious and wanting someone else to have that success. It’s a normal emotion that is not meant to wish ill-will on any individual. It’s what you do when you are a sports junkie.

The Lakers made it easy Sunday. The effort displayed by the champions was a disservice to any former Laker player and coach across America.

Magic Johnson was so visibly upset at halftime that he was seemingly near tears. Why? Because Magic was the ultimate competitor. He played every game with an unselfishness that made Laker haters Showtime fans.

He was at a lost for words in trying to describe what he was seeing from a team that had lost its will to fight when backed against the wall.

I was particular embarrassed for Phil Jackson, who I feel is the best coach in the history of the NBA. Jackson has said this is his last season and this is the reward his team gave him – by quitting in the effort category in a game that would give Jackson a chance to extend his career.

I said before the season the Lakers would not make it to the Finals again and it was easy for me to make that comment… Teams just don’t go to the Finals four years in a row in today’s NBA. The season is too long and playing into June is taxing on your mind and body. The Lakers will become poster kids for that argument for years to come.

L.A. tried to bring some life into a bench by moving Jordan Farmar and Sasha Vujacic, but replacements Matt Barnes and Steve Blake failed to live up to what the Lakers brass thought they would do. It showed in how the Mavericks bench dominated them.

The Lakers have six solid players in Kobe Bryant, Pau Gasol, Lamar Odom, Andrew Bynum, Ron Artest and Shannon Brown but, as the extremely deep Mavericks proved, it was not enough.

The Mavericks dissected the Lakers’ triangle offense with defensive mastery. I felt before the All-Star break the Mavericks where the only obstacles for the Lakers and despite struggling down the stretch of the regular season they are back in tremendous stride. 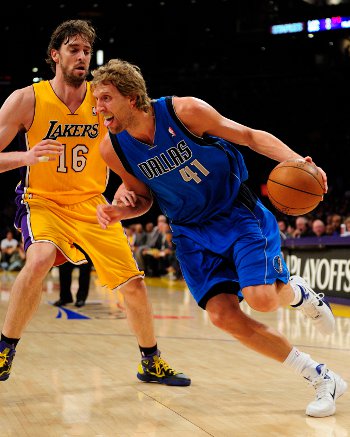 Tyson Chandler, Brendan Haywood and, yes, Dirk Nowitzki were huge defensively in covering Gasol and Bynum without needing help. That was the difference in pulling out wins in Game 1 and 3.

The Lakers need help and it will have to come in the addition of a quality point guard. They had no direction when things got out of control and they became exposed by Jason Kidd and Jose Juan Barea.

I don’t think they will blow up the team, but I can see Gasol or Bynum moved for a high draft choice or veteran point guard. The challenge is also to see who will replace Phil Jackson. Brian Shaw is the frontrunner, but you have to wonder if he wants to replace the legend. Rudy Tomjanovich tried and was cast off quickly. This will be the shadow following whoever coaches this team.

What we must realize too is that we saw a tremendous team that showed hard work and desire to go to the Finals three times and win two straight championships. I applaud them for that accomplishment, but the cowardly acts of Odom and Bynum made me sick to my stomach.

I hope Bynum is suspended for the first five games of next year because he picked the smallest man in the arena to hit. That was the cheapest punk move I have ever seen from a 7-foot-2 player. Whatever respect I had for him was lost immediately with that classless move.

The Mavericks deserved to be happy and they deserved to enjoy the moment and the poor sport attitudes of Odom and Bynum made Laker haters rejoice one more time.

L.A. will be back next year rejuvenated and ready to make another run, but then teams like Dallas, Oklahoma City or Memphis will probably be the favorites out West.

Oh, what a difference a season makes. Who would have thought that a year ago.